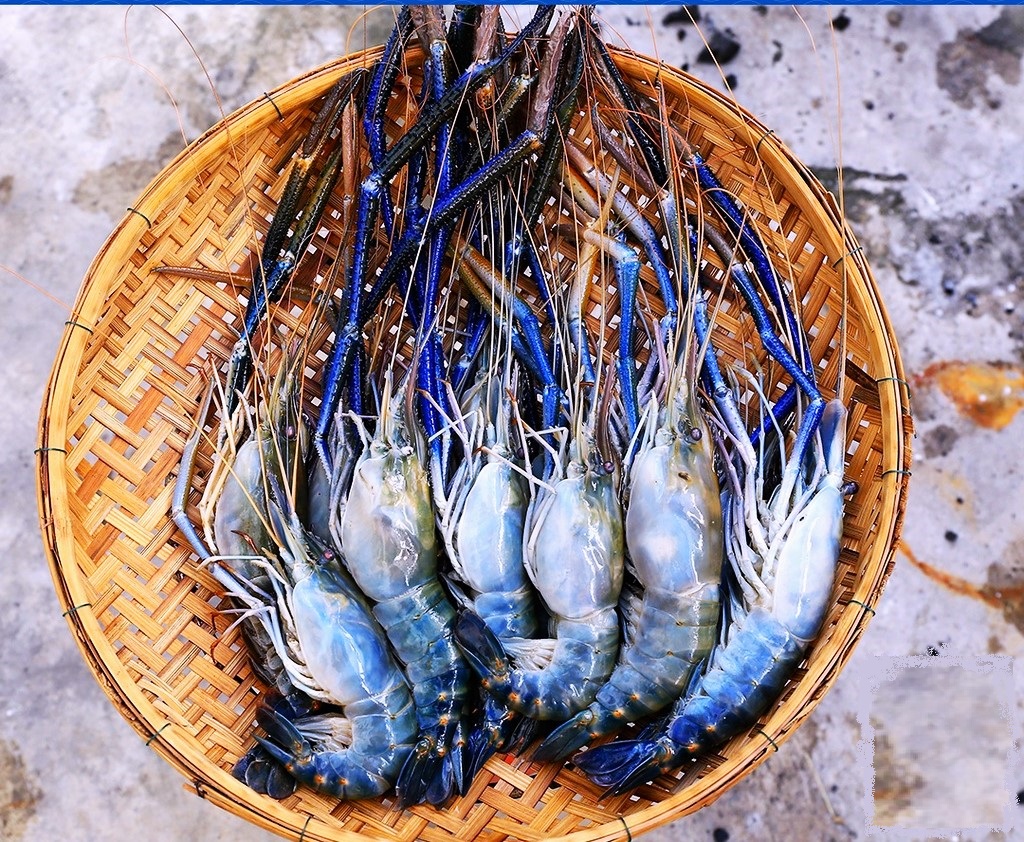 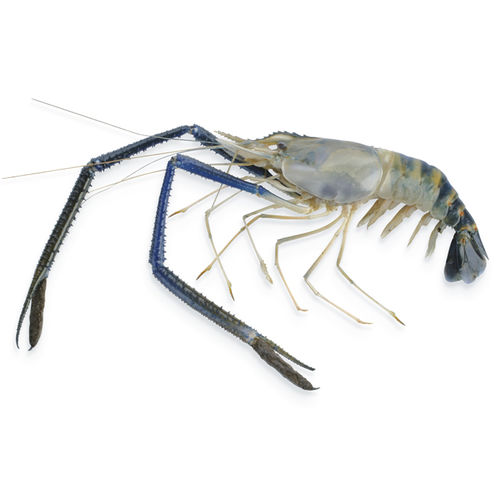 Cambodia’s celebrated master chef, Luu Meng is looking lean and relaxed as we meet for an early morning chat, I have not seen my good friend for a little while and note that he looks perhaps a little weary. A few of his newest dishes are soon placed before me, Meng wants some feedback. Whilst recent years have been challenging for us all, tourism and hospitality were hit particularly hard; Meng closed a few venues, opened a few others, adapted where necessary, and changed a few things up; but as always, he kept looking forward. For as long as I have known him, (about 15 years), Luu Meng has always been looking ahead, and his vision is one that is broad and inclusive. Working with his partners, his teams, governments, committees, and organizations, he keeps looking not only at his own businesses and the many industries he is involved in, (hospitality, tourism, agriculture, aquaculture, logistics, food security, and more) but also looking out for his people and looking at how to keep getting better. Meng is always implementing ways to improve business standards and practices industry-wide, searching to create pathways to success and to improve Cambodian people’s daily lives. I always enjoy Meng’s company; I look up to him and find him someone who is inspirational in my life. I am proud to call him a friend and cherish our shared passion for food and the art of the table. Talking shop with Meng is always an expansive and informative conversation. Today, I wanted to talk about the Giant River Prawn, (macrobrachium rosenbergii), which is prized by restaurants, chefs, and gourmands in Cambodia for its sweet, rich, firmly textured flesh and its subtle, freshwater flavour. Luu Meng likes to refer to it as ‘Mekong langoustine’ and pronounces it ‘bang kang’ in the Khmer language.

Of course, Meng is able to discuss more than his dishes and the river prawn itself, and I am soon firmly ensnared in his lobster pot, as he informs me on the species history here in Cambodia, where the best one’s come from, when is the best time to eat them and how the supply chain can remain environmentally, ethically and commercially sustainable.

That latter point is important to Meng is not surprising, but it is vitally important for the nation and the species. According to the Asian Journal of Agriculture and Food Sciences, Cambodians are the largest consumers of freshwater fish per capita in the world (Baran, 2010). Fish and other aquatic animals account for 76% of total animal proteins. Whilst according to a research paper published by Frontiers in Sustainable Food Systems: Cambodia has one of the world’s most productive inland fisheries (Baran, 2005), based around the ecosystem of the Tonle Sap Lake.

Inland fisheries have been central to livelihoods and food and nutrition security in Cambodia for centuries (Cooke, 2011; Sithirith, 2011), and continue to be so today (Hartje et al., 2018; Freed et al., 2020). Aquaculture has only relatively recently become the focus of sustained interest from research and development institutions in Cambodia. This interest aligns with predicted and increasingly realized, declines in inland capture fisheries production. For example, a combination of drought and water impoundment by upstream dams caused reported fish catch from the Tonle Sap to contract by 23% in 2020, prompting fears of imminent fisheries collapse (MRC, 2020). Such a collapse would threaten the livelihoods and food security of millions of Cambodians (IFReDI, 2013).

Aquaculture is increasingly framed in Cambodian development policy discourse as having an important role to play in meeting the demand for fish and providing rural employment. 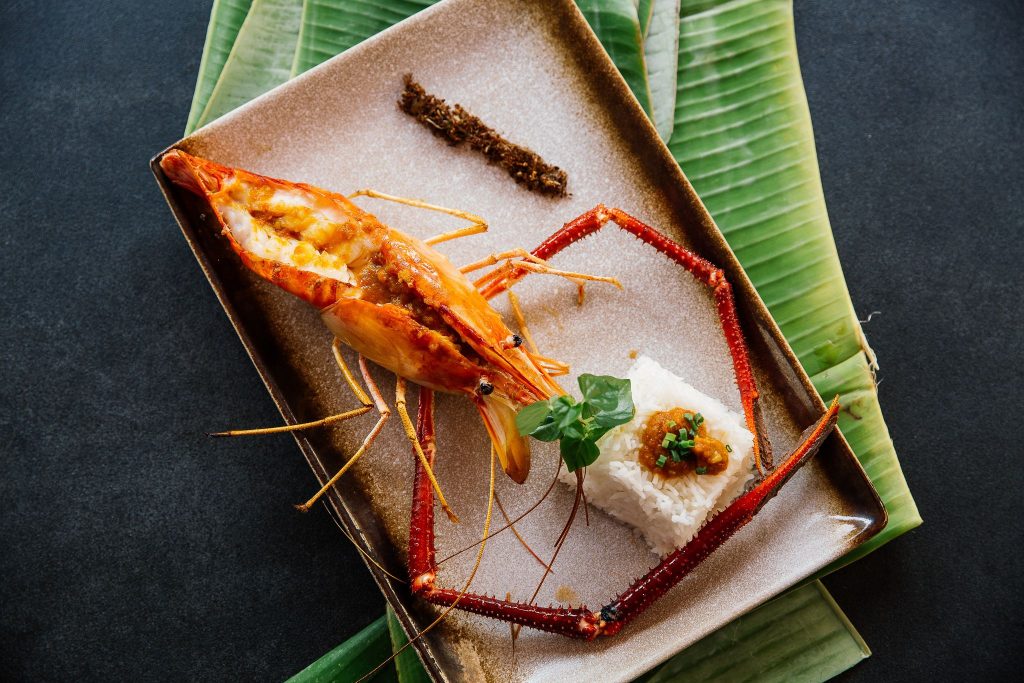 Takeo Province is famous for its Lobsters and Luu Meng advocates a seasonal wild catch and then what he calls semi-farmed lobsters for the rest of the year. Meng goes on to explain that the wild-caught lobsters, living in their natural environment and with their natural diet have the best texture and flavour. The season for them is September through to November when the river is up into the flood plains. Out of season, you must leave them alone to regenerate and replenish.

During the rest of the year, Meng takes his lobsters from a supplier on the banks of the river, using inlets and run-offs to keep a healthy flow of clean and fresh water for the animals to survive. Meng notes that this method is much, much better than purely pond-reared species, (that he will not buy). Meng notes that the river bank farming is small scale, “these are single-family, hands-on businesses” he notes.

Meng tells me he sees this as low-impact, sustainable aquaculture that is good for everyone along the supply chain over the longer term, and he praises the government and in particular the Ministry of Commerce’s efforts to build value into the sector and build the economy through registration as a Geographical Indication for Cambodian products. This has been done for items such as Kampot Pepper, Kampong Speu Palm Sugar, Koh Trong Pomelo, and Mondulkiri Wild Honey, with plans to further add to this list with Kampot and Kep Salt, Kampot Fish Sauce, and the now famous Takeo Lobster. 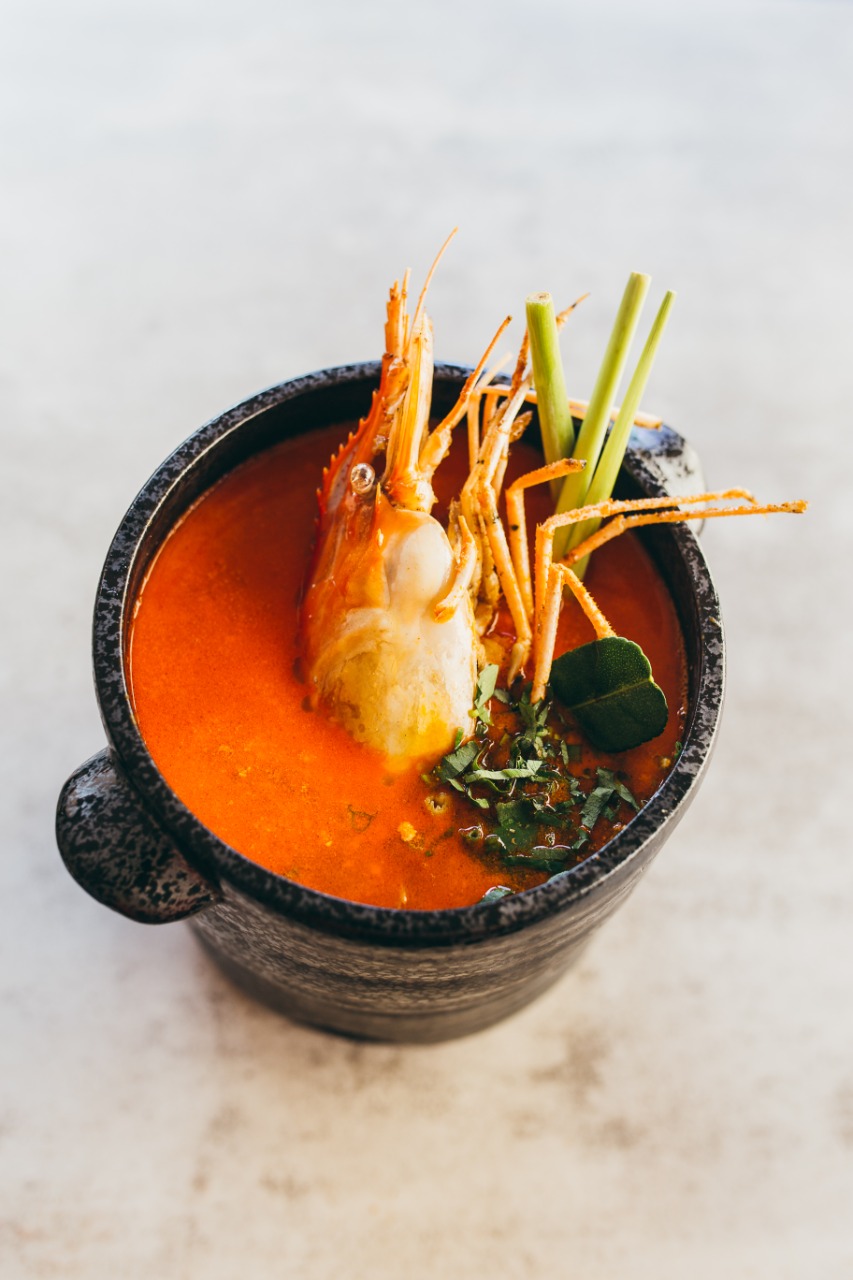 In addition to these geographical indications, the MoC has also registered the collective trademarks: Kuy Teav Phnom Penh, Amok Kampong Thom, Preah Vihear Rice, and plans to register more collective marks such as Pursat Oranges, Siem Reap White Noodles, and Battambong Coconut Cream. All add value to these highly respected and in-demand products. This enables the integrity of the product to be protected and encourages producers to focus on quality and marketing to focus on adding value rather than volume to the brand.

The recognition for these products comes from a combination of overall quality, suitability to site, and environmental sustainability, this benefits the people who produce these products, (usually small families and villages) and has a significant impact on their wellbeing and overall quality of life.

Such is the reputation for Takeo Lobster in the kingdom that pre-Covid, Provincial governor Ouch Phea said authorities were at the time discussing and preparing to build a statue in commemoration of the province’s acclaimed food. 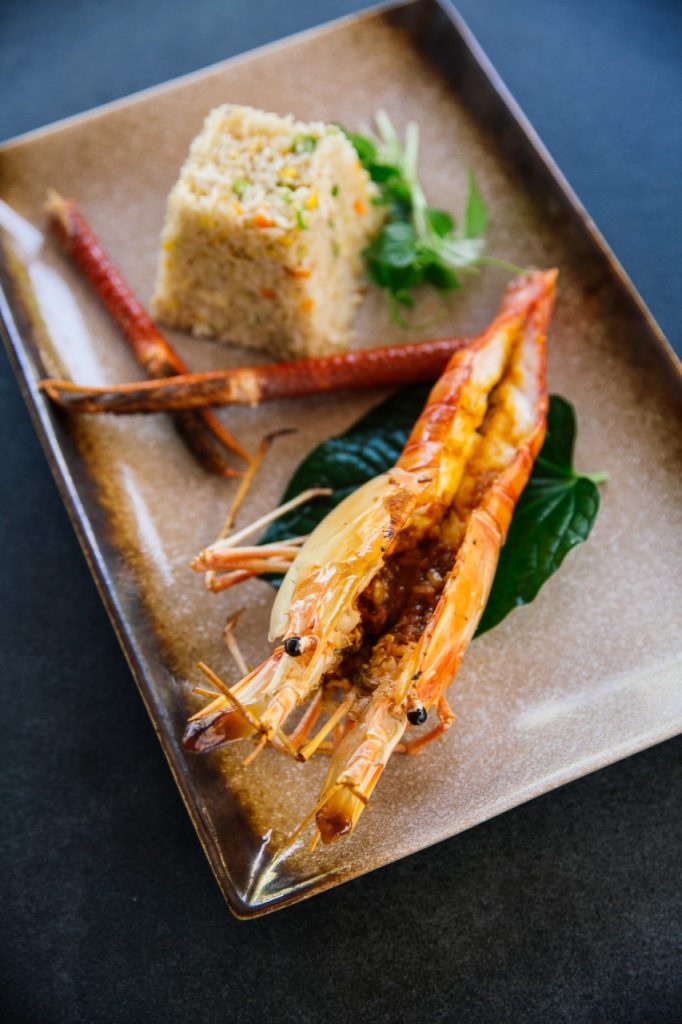 When Meng talks to me about these things, I know he has been there, he has met these people, spoken to them, eaten with them, and I’ve accompanied him on some of these trips. For me, they are more like culinary adventures, where I feel like some sort of ‘food raider’ as opposed to a tomb raider; roving the Cambodia outback in search of lost ingredients and half-forgotten recipes instead of hidden gems and lost gold.

For Meng, typically he is just trying to see if he can help. I remember a trip where we came across an old shed out the back of an old roadside shophouse, on a country road in Kampot province. There was no indication until we were inside, that this was actually a very small, and very hands-on biscuit-making factory, completely run and operated by ladies, many of them disabled. Each lady sat on top of a pallet on the ground, in front of a small brazier, a bucket of what looked like pancake mix beside them. 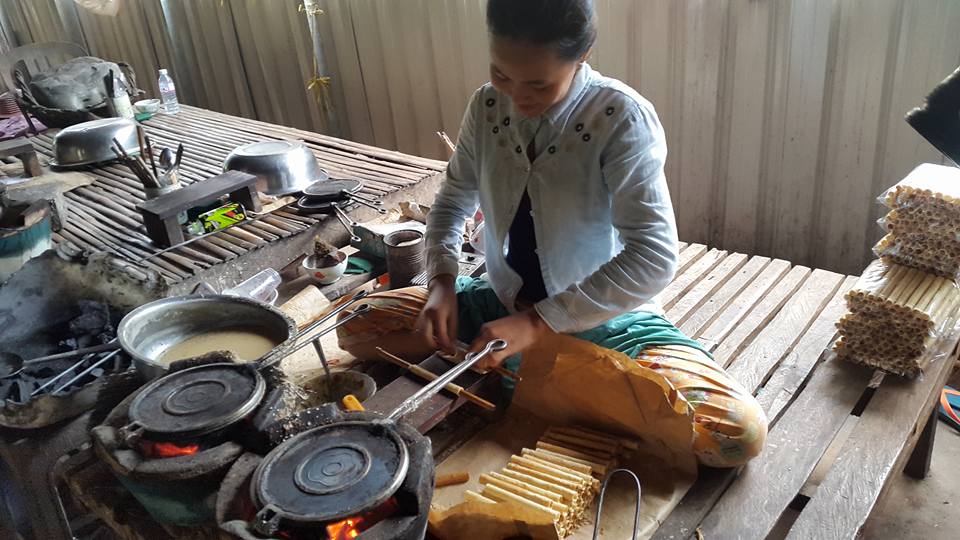 Each lady would produce a small flat ‘biscuit’ over the fire in a type of waffle iron, roll it up and then flatten the tube. I tried one whilst it was still warm, and of course, it was absolutely fabulous! We purchased a few packets when it was time to leave, and thanked the ladies for their time, spirit, and generosity.

A few months later, I dropped into one of Meng’s restaurants for a meeting and quickly noticed that, there, being served complimentary with every tea or coffee, was one of our Kampot lady’s magnificent cookies. Unmistakable in their presentation and taste, Meng had gotten back to them and was buying their product for his restaurants, giving them away to grateful guests with every hot beverage ordered. 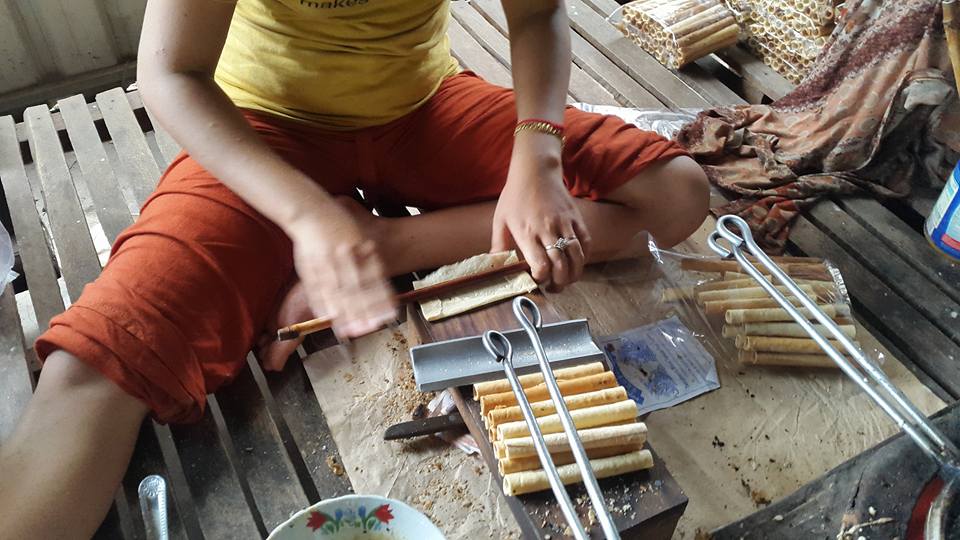 Meng gets his Bang Kang (Takeo Lobster) from the source and serves it at Malis restaurant, where they offer the lobster whole, oven-baked in the shell. Before baking the bang kang is marinated in Prahok Ktis, (pickled mudfish with minced pork, coconut cream, a Khmer Kreoung of herbs and spices, and chili). Foil traps in all the juices and flavour and the Lobster is served golden on a bed of Malis, (Jasmine) rice; where guests season it with Kampot pepper, Kep Salt, and local lime juice to taste.

Growing to around 32 centimeters in size, they make a delicious entrée or a main and Meng cooks the rice itself in a bang kang, gumbo-broth that is made including a magnificent, flavourful, creamy roux -made from the contents of the lobster’s head. Meng tells me that whilst the smaller lobsters have more flavour and texture in their flesh, the larger lobsters have much more cranial matter with which to make the roux, adding that this is a key component to the species’ exceptional deliciousness.

Another recipe Meng likes for bang kang is to make a lobster soup with kaffir lime leaf, shallots, Kampot pepper, kreoung, onions, fish roe, the bang kang roux, add in lots of fresh herbs, fresh chili, and citrus juice, with whole pieces of lobster in the soup. Meng notes this is a very revitalizing and refreshing soup, and it is very popular with locals.

Meng notes that the Takeo Lobster is very popular, it is a dish to impress and often served for special or important occasions, it is a highly prized ingredient amongst locals. The French in Indochina also loved to eat them and called them Saphira, named for their sapphire blue legs. Today, the species is once again developing an international following. Meng notes that tourists and visitors love to order the dish at his restaurant and that there is now export demand for the Takeo lobster. For so many producers in the Agri-sector, meeting demand has often been about increasing supply at the risk of exhausting the resource or its environment. Here the way to meet demand will have to be through adding value and increasing the price, in order to preserve the species’ environment and keep them healthy and sustainable.

Takeo province is sometimes called the oldest province in Cambodia or the cradle of civilization, for its time millennia ago, as the center of the Vnum, (Funan) and then Chenla, (pre-Angkorian) civilizations; it may soon be known in international restaurants for its river of shiny blue gems known to the French as Saphira, to the Khmer as Bang Kang and to many travelers and as the Mekong Lobster. 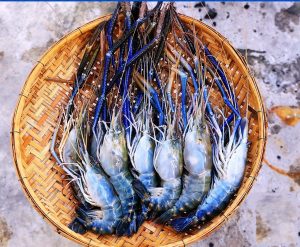