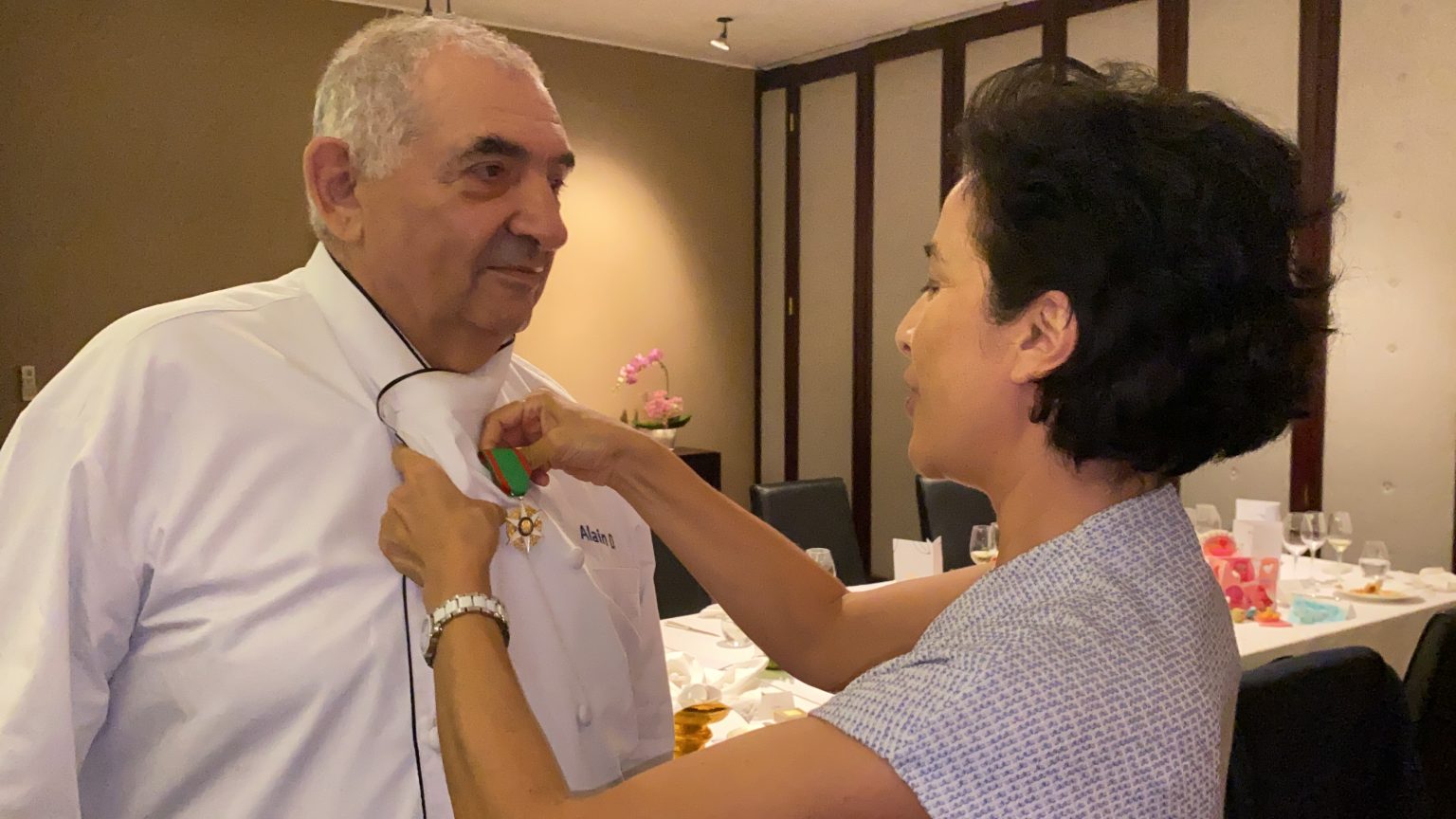 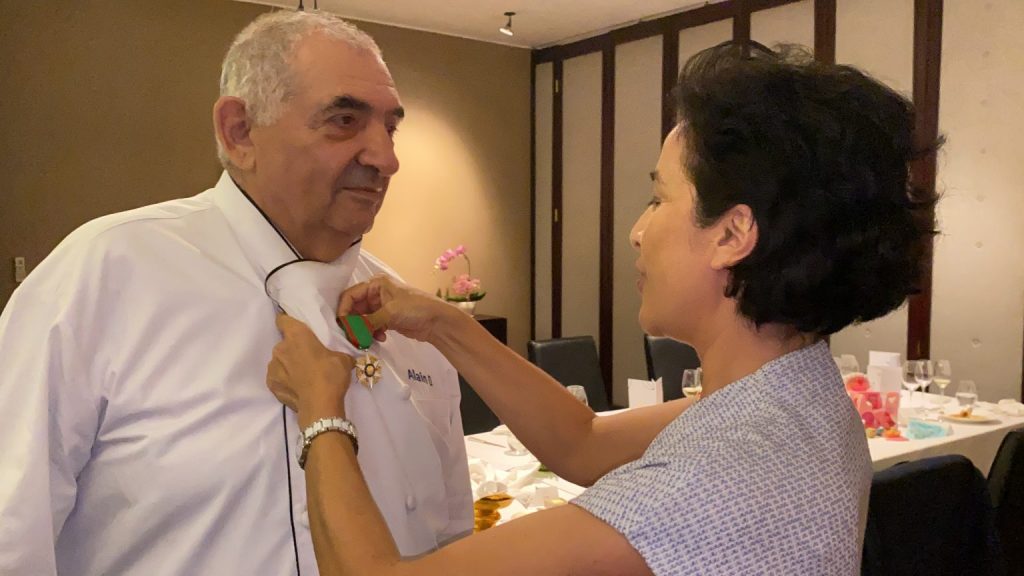 Master Chef Alain Darc, known affectionately as ‘Papa’ by many in Cambodia, is a celebrated and decorated career chef; literally born into the fine restaurants, hotels and kitchens of France. Descended from a long line of chefs, winemakers and members of the food and beverage industry, the Darc family can trace its culinary origins as far back as 1773, when an ancestor served as ‘Officier de Bouche’ to King Louis Philippe I. Alain’s own father earned the highly coveted titles of Meilleur Ouvrier de France and Maître Cuisinier de France.

In 1936, Alain’s parents moved from Orleans, on the Loire river near Paris, to the market and spa town of Dax in the southwest, near the Spanish border. In Dax they owned the hotel and restaurant Le Richelieu, and it was here a young Alain would initially learn his craft, right from a very young age.

Alain Darc has enjoyed a long and celebrated career, both in France and abroad, it has been his mission to promote French cuisine around the world. He arrived in Cambodia in 2005, and as executive chef at Topaz proceeded to introduce the kingdom to some of his highly acclaimed, signature dishes, originally created for Le Richelieu.

Dax is a town famous for its spa and its market, in the high season at restaurant Le Richelieu many families would come to dine, chef Darc wanted to create something involving the classic and most popular ingredients of the region: beef, truffle, foie gras, fresh vegetables, all in the one dish, for the whole family to enjoy together.

Chef Darc settled on his now-famous soup with the delicate puff pastry cover. As a homage to France’s most famous chef, Paul Bocuse, he called it ‘Soup Elysee Aux Truffes’.

In 1975, Chef Paul Bocuse was promoted to Chevalier de la Légion d’Honneur (the highest decoration in France), and to honour the occasion, prepared a special meal for President Giscard d’Estaing at the Elysees Palace on the 25th of February 1975.

It was for this dinner that Bocuse conceived and created his own famous ‘Soupe V.G.E.’, (Soup Valery Giscard d’Estaing) which is also prepared with a pastry cover and is still served in Bocuse’s restaurant near Lyon to this day.

Legend has it that when president Giscard D’Estaing was served the dish he turned to chef Bocuse and asked “How should I eat it?” To which France’s most celebrated chef simply replied, “Just break the crust, Mr President”.

A dish of impeccable finesse and pedigree it has potent, intoxicating aromatics and rich, heady flavours yet retains refinement and balances an exceptional soup from the highest traditions of French gastronomy. 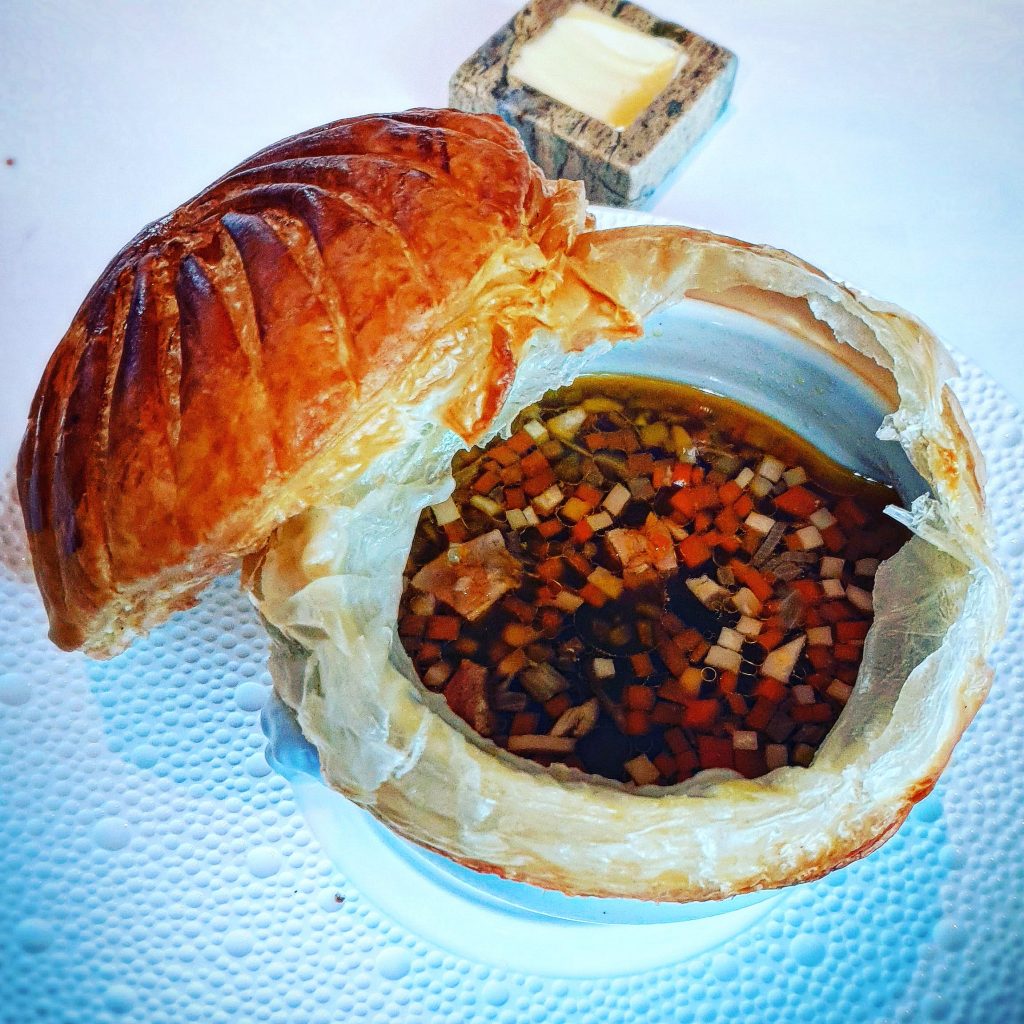 Perhaps a reflection on ‘Papa’ Darc’s cheeky, playful side, whilst cooking at Le Richelieu he created this remarkable dish and then decided to name it after Armand Jean du Plessis, 1585 –1642, better known as The Duke of Richelieu or ‘Cardinal Richelieu’ and sometimes as the ‘Red Eminence’, a term derived from the title “Eminence” applied to cardinals, and the red robes they customarily wore.

With his desire to create a dish that brought together two of the most celebrated ingredients of the southwest region, Mulard Duck, (and their Livers) and Black Truffles, Chef Darc created this rich and flavourful dish.

Thick, slices of duck magret and duck liver are baked in a fine pastry dough and then cloaked at your table in a rich, reddish-brown, Perigueux sauce. The duck breast is tender, juicy and flavourful, the foie gras rich, buttery and delicate, a fine pastry that is fresh and layered, the sauce, a lush and wonderful extravagance of Madeira and black truffles. A dish of absolute splendour and worthy of the comparison to the ‘Red Eminence’.

With a little imagination one can see the little pillow of pastry on the plate looking a bit like an evening slipper, hence Alain Darc’s playful name, which translates in English as the ‘Cardinal’s Slipper’. 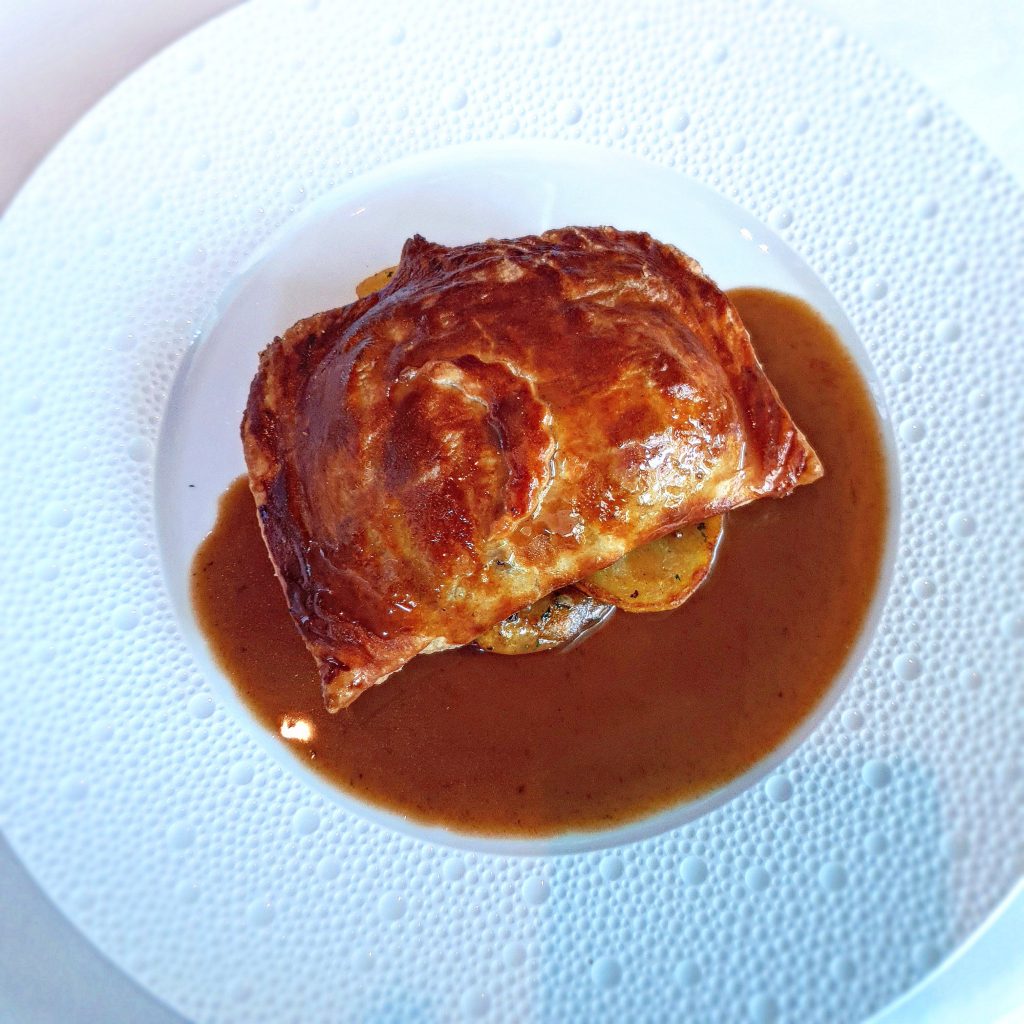