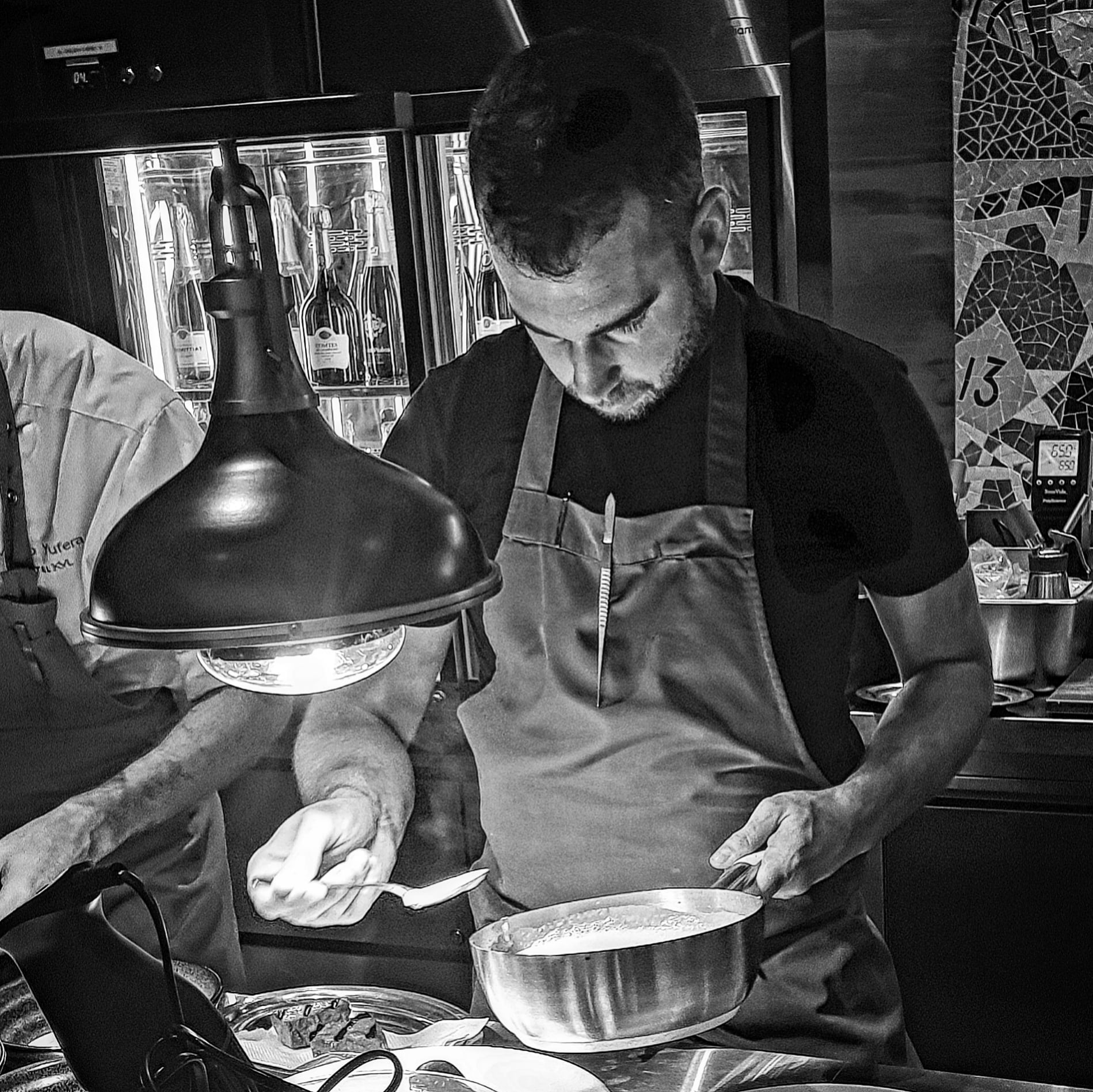 The Basque Country, (Basque: Euskal Herria) is the home of the Basque people, it sits in the north of the Iberian Peninsula in the Western Pyrenees, straddling the border between Spain and France. The largest concentration of Basque people, language, and culture is in the city of Bilbao on the Bay of Biscay.

The Basque people are one of the oldest surviving ethnic groups in Europe. Due to being surrounded by mountains, rivers, and the North Sea, the Basques were kept both protected and isolated throughout their early history. The Basque language, (Euskera) is also unique and unrelated to Spanish, French, and other regional languages such as Catalan, which all belong to the same Indo-European language group. 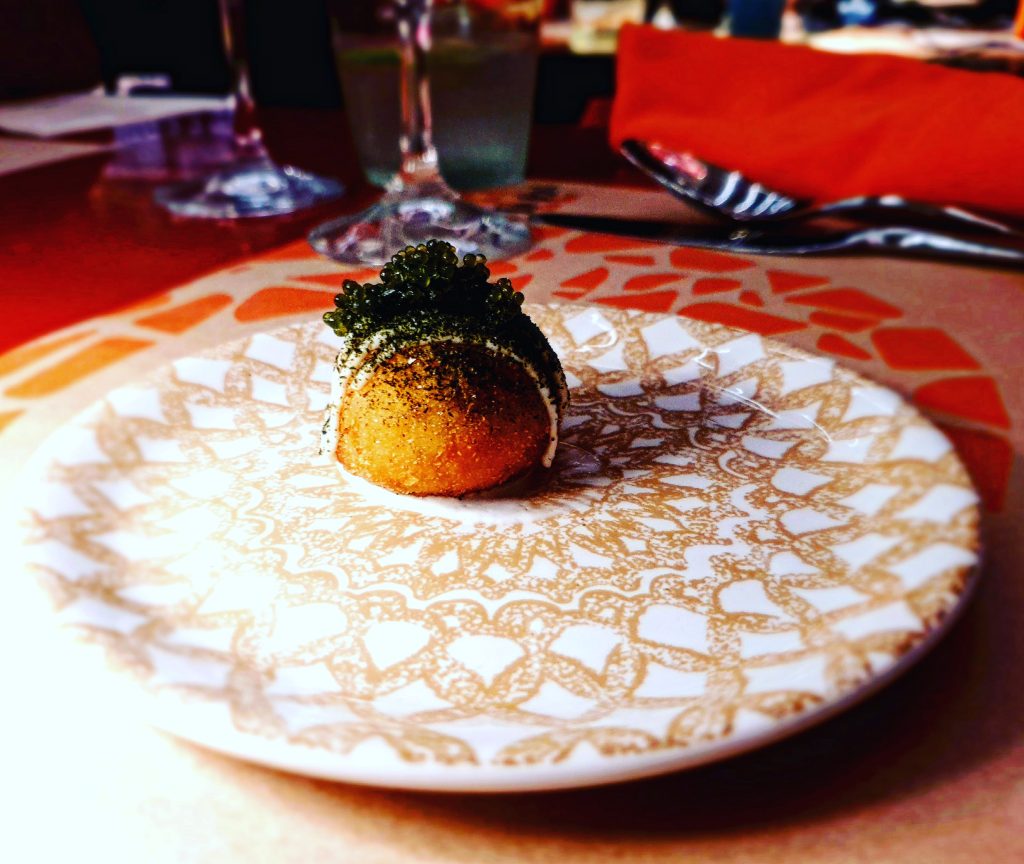 And yet, the Basque have a reputation for adopting new ingredients and new cooking techniques that they have been exposed to throughout their history; it is said that cuisine and the kitchen are at the heart of Basque culture.

Basque food is one of the most iconic regional cuisines in all of Spain, and the Basque country has one of the highest concentrations of Michelin-starred restaurants per capita in the world. The Basque coastal city of San Sebastián, for example, has nine different Michelin star restaurants. Of the seven three-star restaurants in Spain, three of them are found in this city of only 186,000 people. 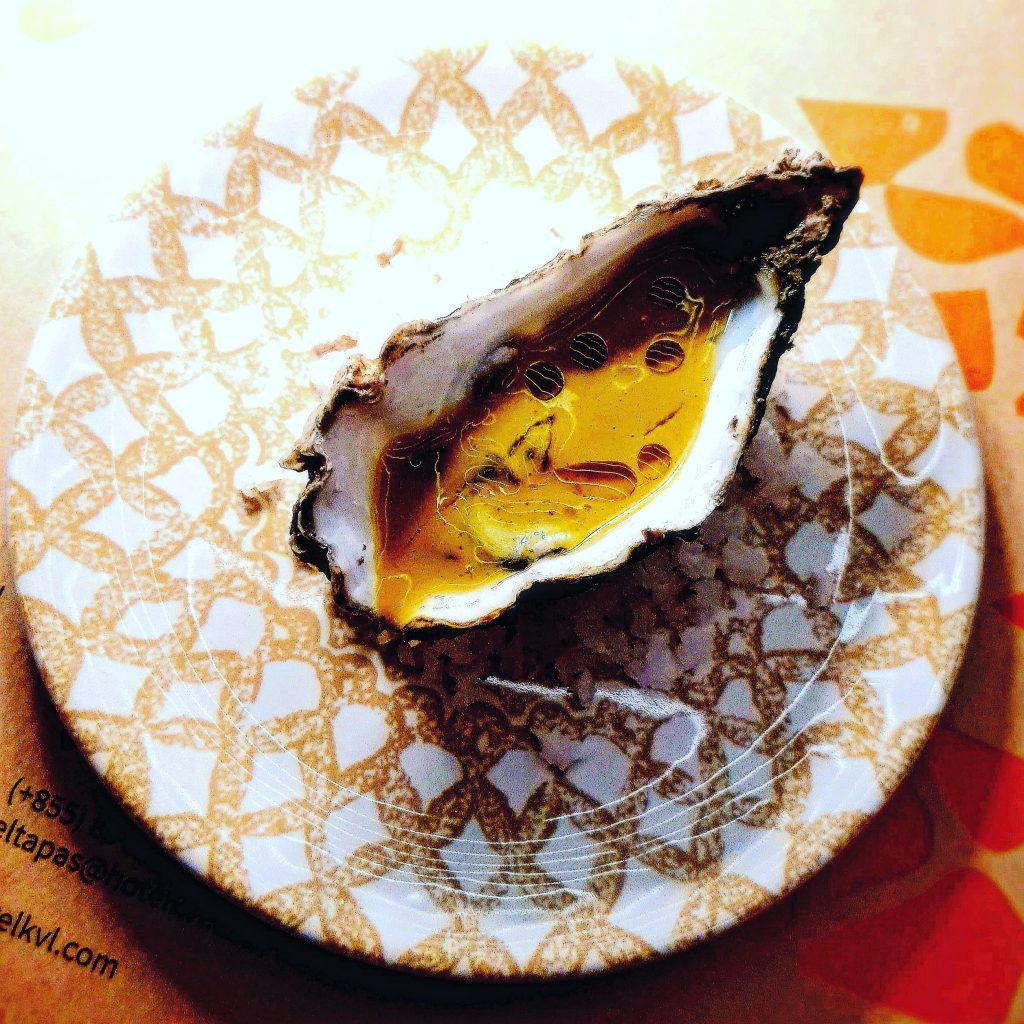 One of the keys to its remarkable cuisine is its incredible natural abundance, with superb wine terroirs, fish, seafood, meat, fruits, and vegetables. The Basques learned to nurture and celebrate this bounty and enhance it with their cooking. Throughout the 1970s and 80s nouvelle cuisine began to have an influence on Basque culinary culture and dishes became more refined, less rustic, and more elevated; haute-cuisine takes on traditional dishes emerged. This became a gastronomic movement that would sweep across Spain, and would soon earn chefs some of the highest accolades from the celebrated international restaurant ratings, lists, and awards. 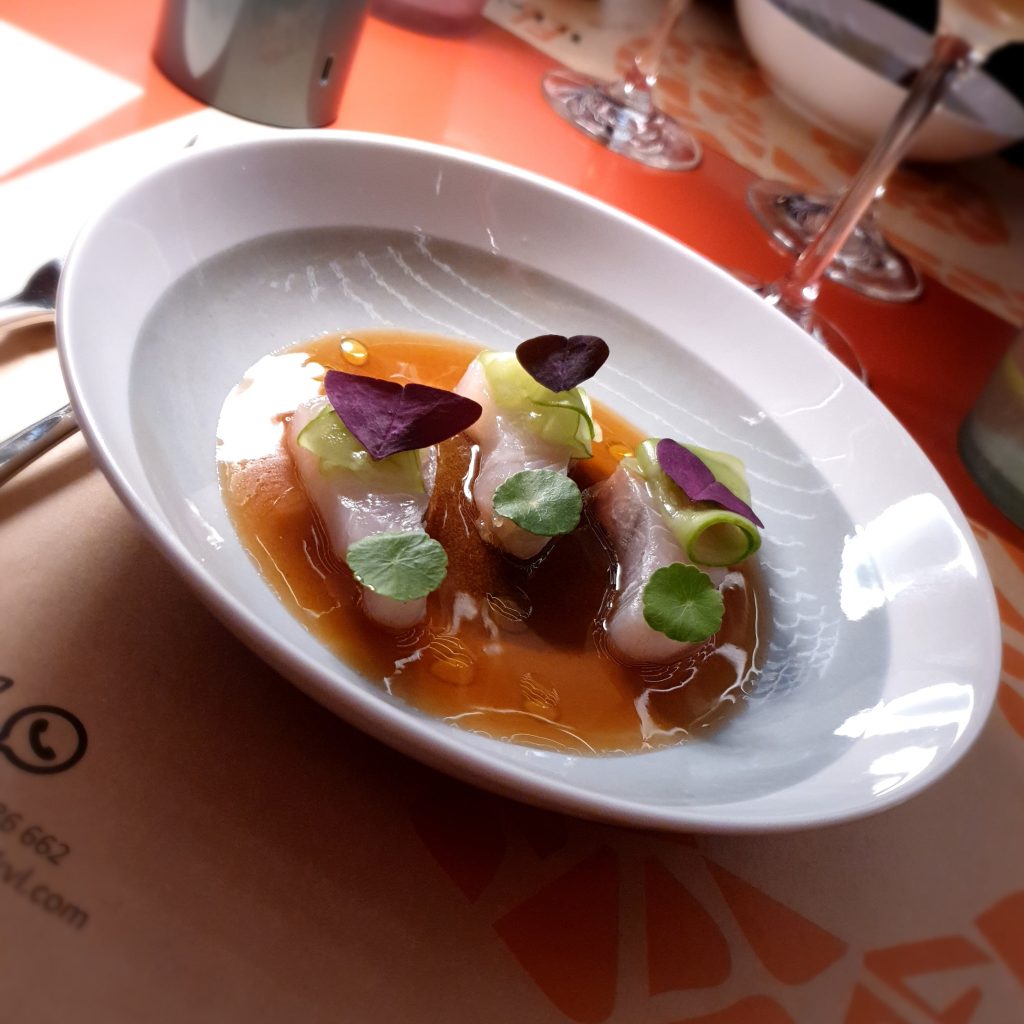 Iñaki Bolumburu is a chef from the small town of Derio, on the outskirts of Bilbao, Spain, (Basque country) handy for a would-be nomad, it is out near the Bilbao airport. Whilst he is the first generation of cooks in his family, he says that his family has always been linked to the environment and its gastronomic traditions, the product; farming, foraging, hunting, fishing, preserving, and fermenting. Before he was tall enough to reach the counter, he wanted to help in the kitchen. His first memories of cooking are when he helped his cousin batter zucchini, collected from the family garden. 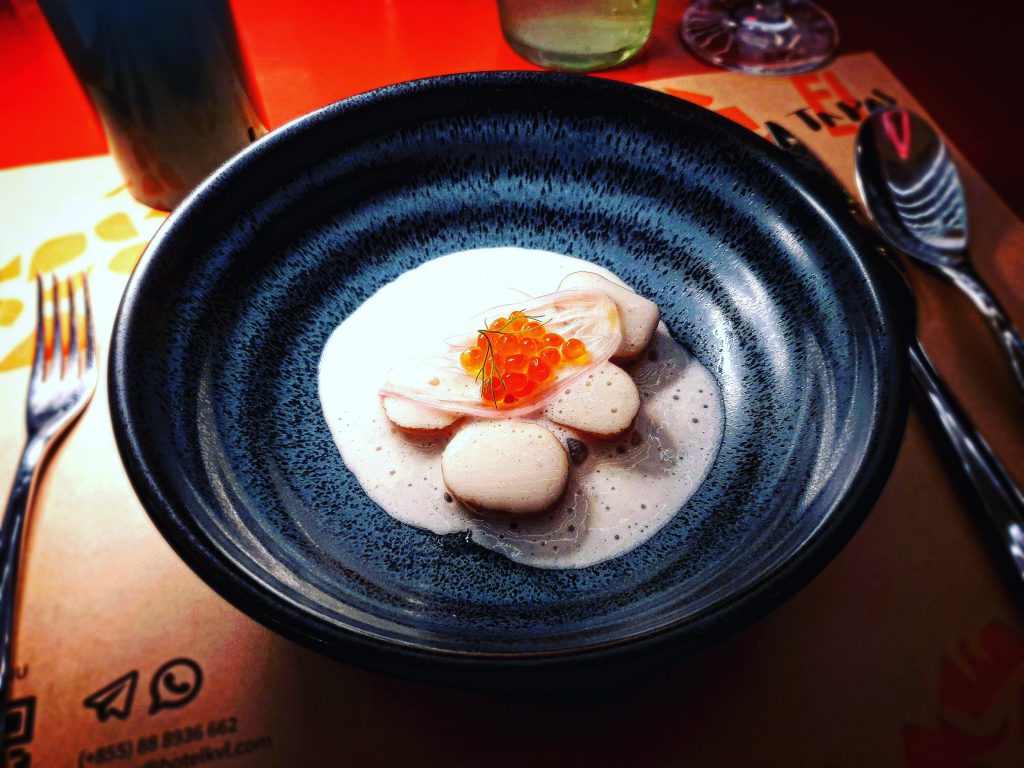 At the age of 15, Iñaki entered Artxanda hotel school in the city of Bilbao, where he first met with haute cuisine -and after learning the skills and traditions of his local gastronomy and ingredients, (working) in several restaurants- the young chef set out to further his knowledge, his experience, and his abilities abroad.

Iñaki Bolumburu has worked in some of the world’s finest and most famous restaurants, like Mugaritz (San Sebástian, Basque Country), Pure C (Cadzand, Netherlands), Noma (Copenaghen, Denmark), and Nerua (Bilbao, Basque Country) and these experiences have helped shape him into a chef that he is today. 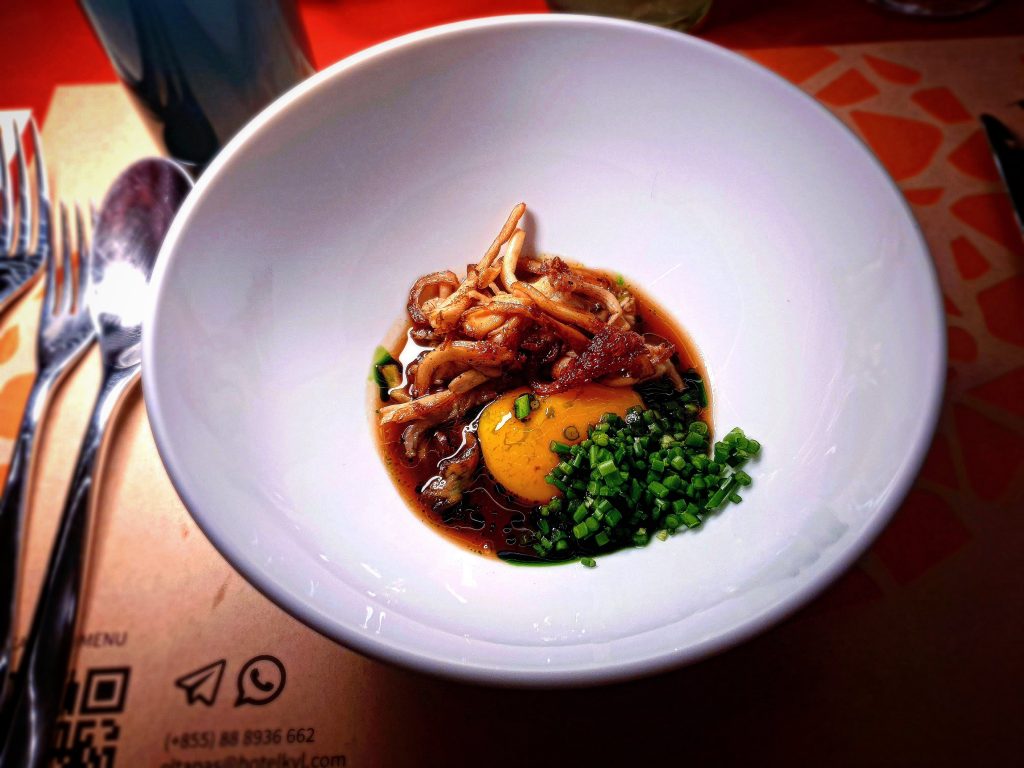 He continues to travel and explore, calling himself a Nomadic chef, eager to share his experiences and his Basque culinary heritage and learn about new ingredients, techniques, and culinary lore from the places he visits and the chefs he gets to cook with in equal measure.

On Tuesday the 20th of September was a guest chef at El Tapas restaurant in the newly opened Hotel KVL, on the banks of the Mekong River in downtown Phnom Penh, Cambodia. A ten-course degustation was prepared with head chef Mario Yufera, who hails from Alicante in eastern Spain. 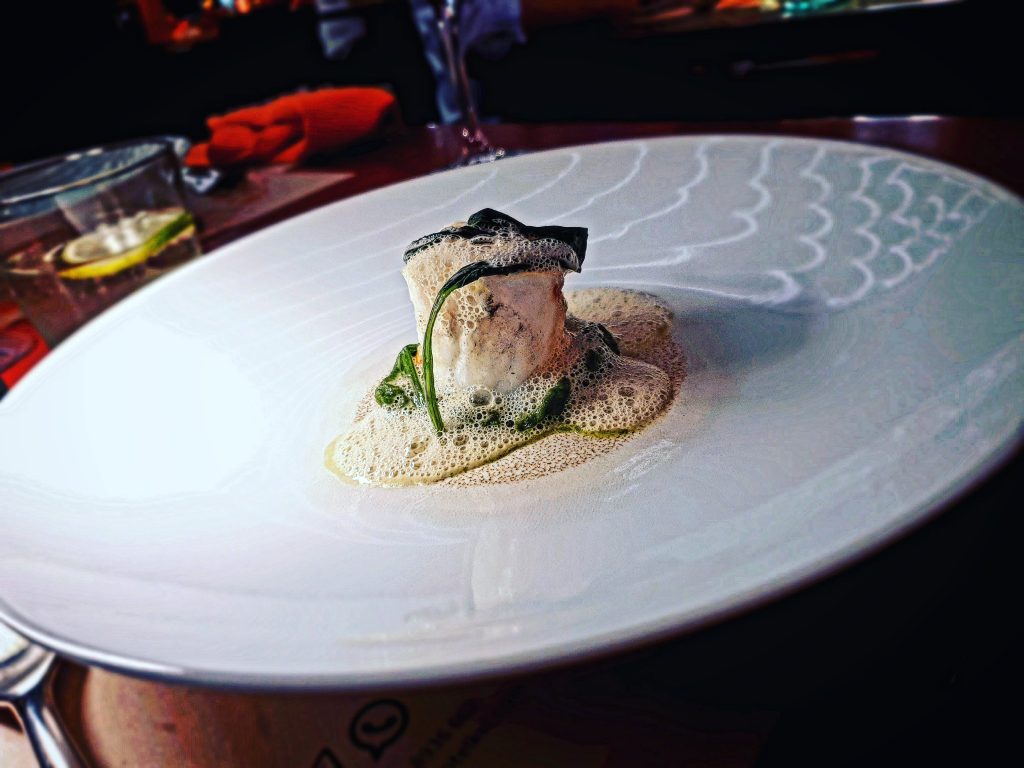 For myself, my wife, and our fellow guests, (an international mix from European and the USA) the meal was an outstanding success, the cuisine a brilliant marriage of flavours, textures, aromas, simplicity, and sophistication. The degustation was a delightful journey from the sea to the forest with many detours and highlights along the way. The early, lighter, dishes were washed down with the exceptional Marques de Riscal, Verdejo from Rueda, a wine of enticing aromatics and intriguing flavours: fennel, field flowers, persimmon, and pear, balanced by that irresistible minerality on the back palate. I love this wine and it was a brilliant compliment to the cuisine.

We then moved to the Proximo from Rioja, a delightful, medium-bodied Tempranillo with loads of anise, clove, and pan-spices and a touch of leathery, dry tannins, the wine was a pleasant foil to the more substantial dishes later in the degustation. 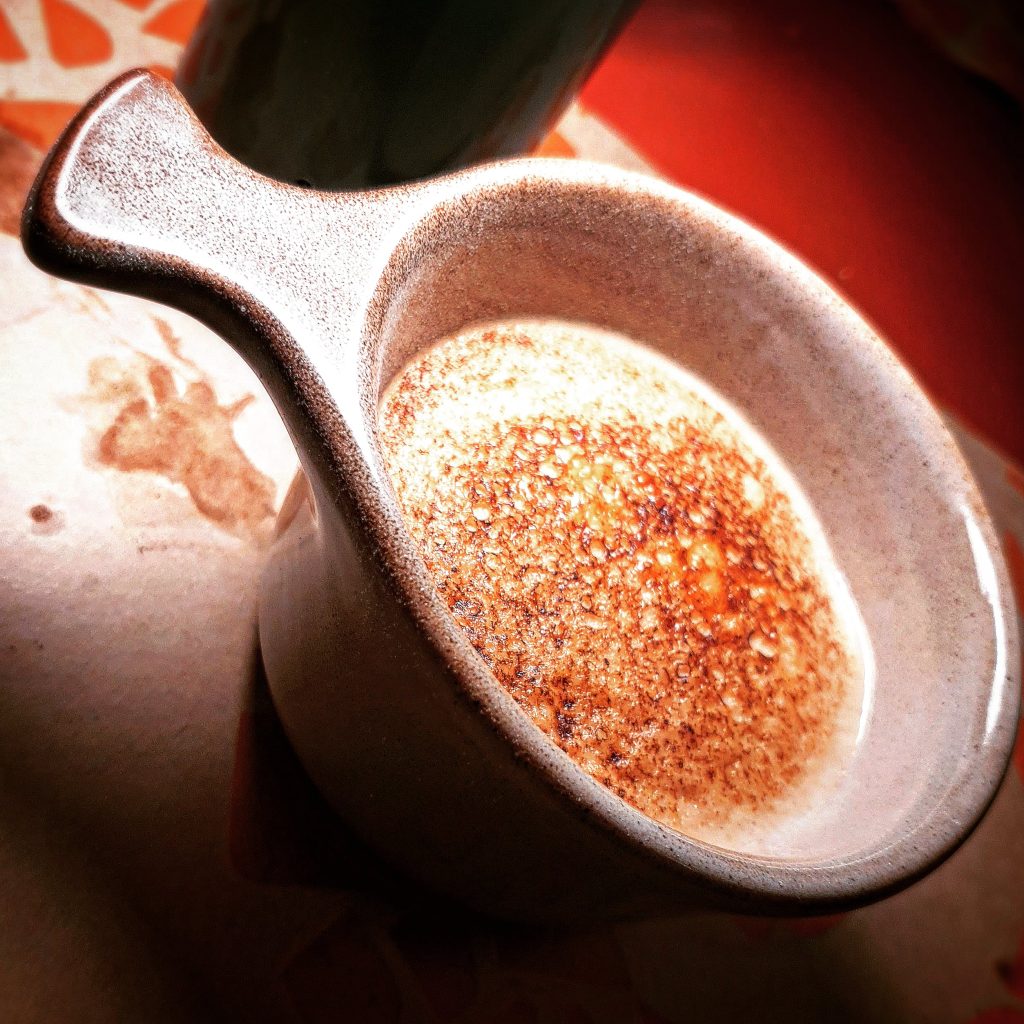 The restaurant was full, and it was humming, the vibe shifting from excitement and anticipation to pure joy and that inner glow one gives off when you know you are experiencing something special and had the good fortune to be a part of it. This was a gala culinary evening in Cambodia, one of the gastronomic highlights of the year, and a stellar introduction to El Tapas and the hotel. A visit to the other Hotel KVL, F&B outlets -Skylight bistro, UP rooftop cocktail lounge and Cafe, The Alchemist- are now next on my agenda. 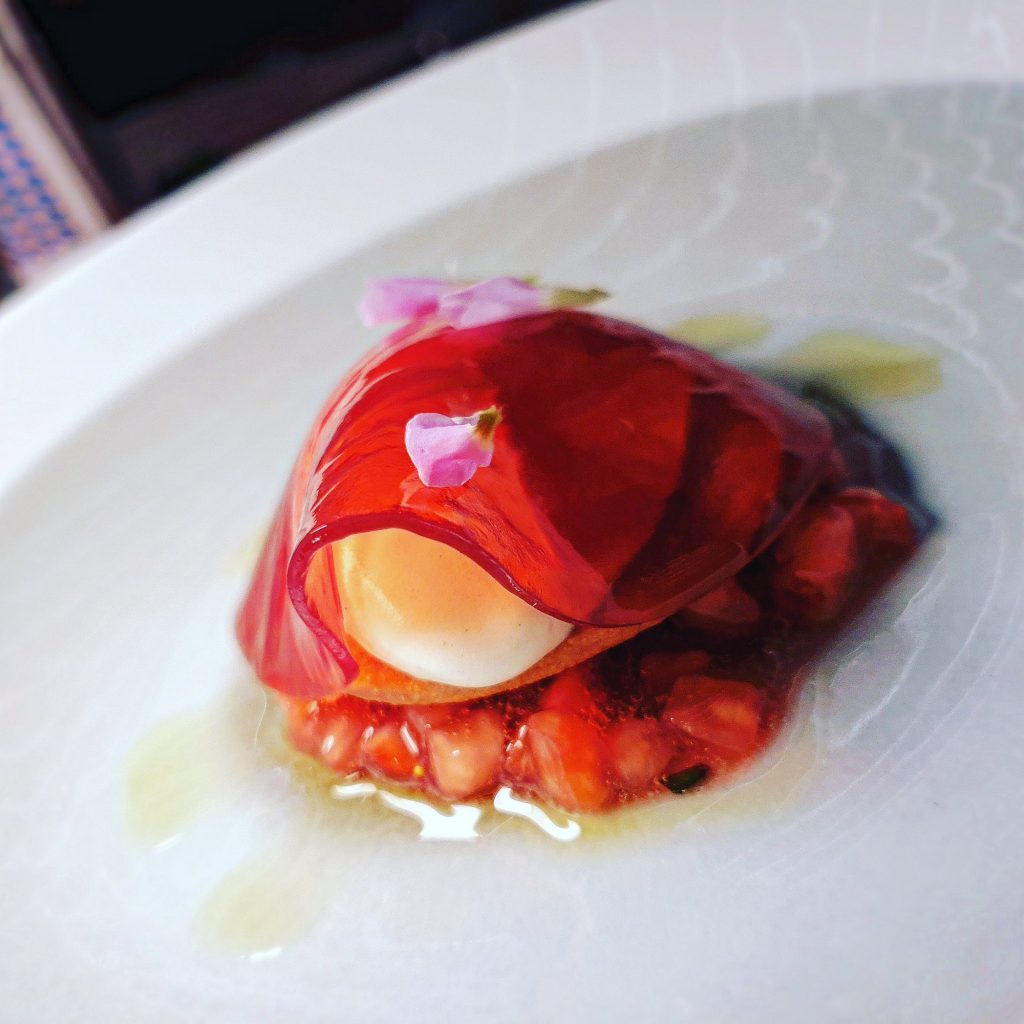 I would also say thank you to Iñaki Bolumburu for coming into our world and sharing his food with us, and to chef Mario Yufera for inviting him along. 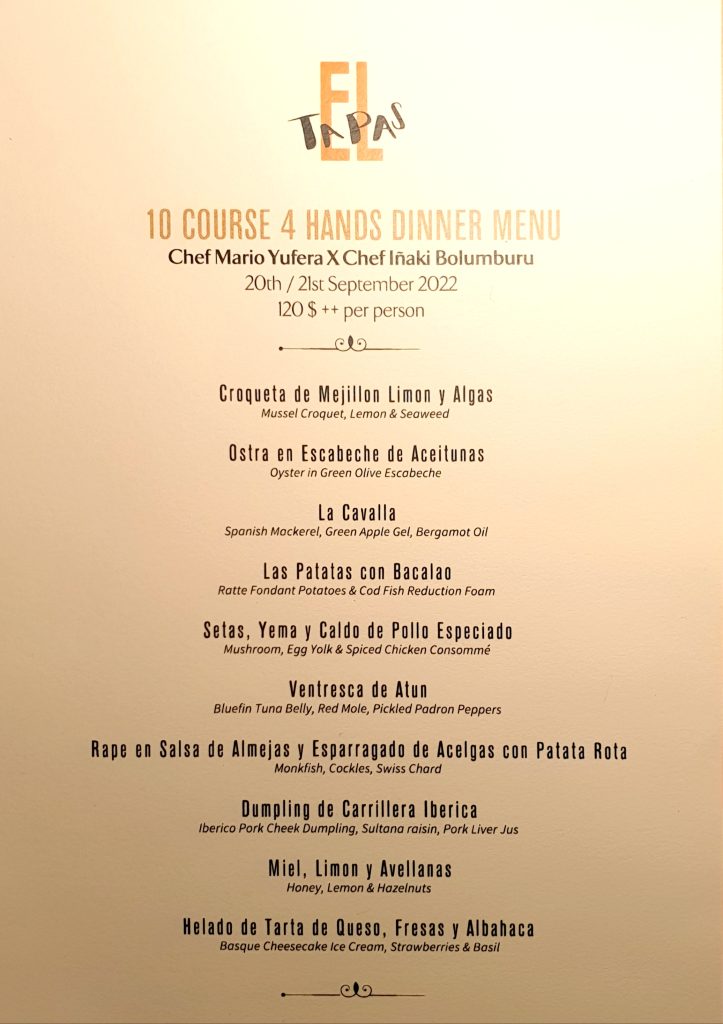 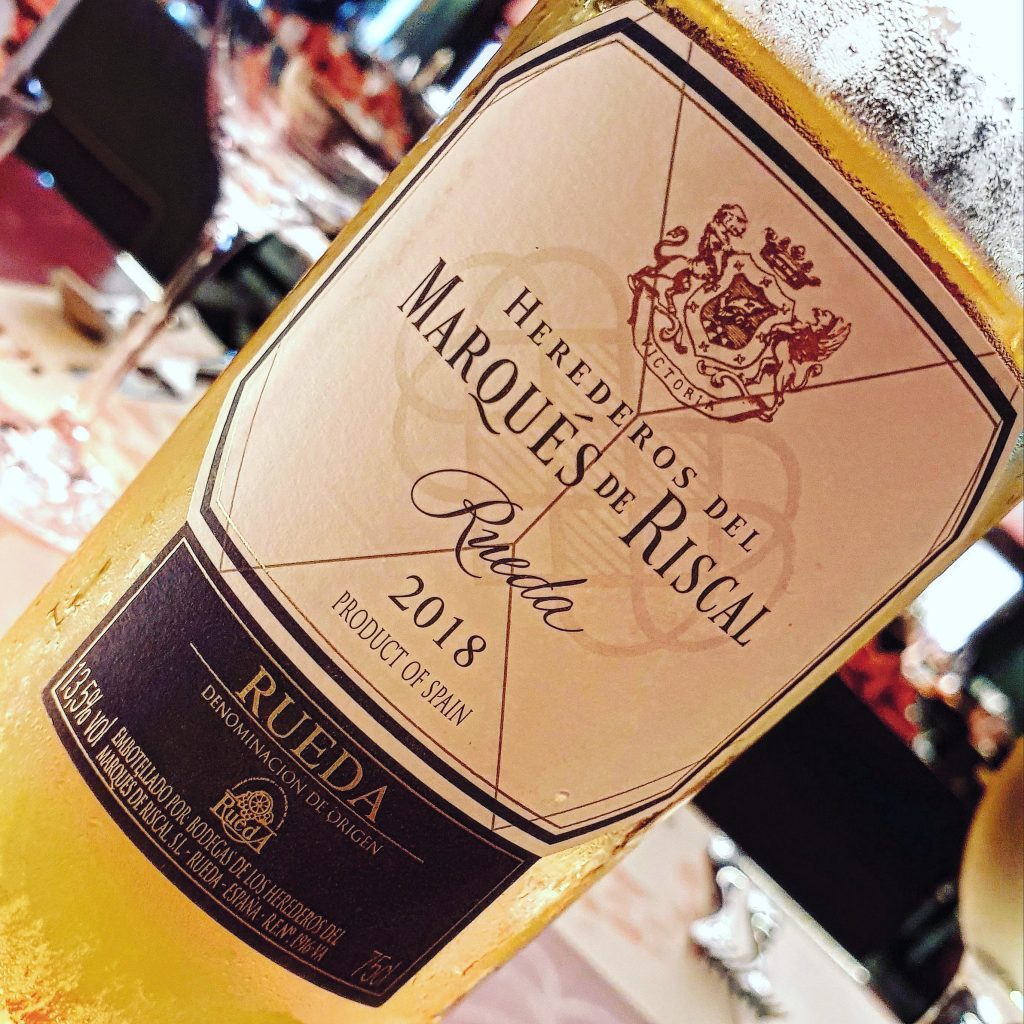 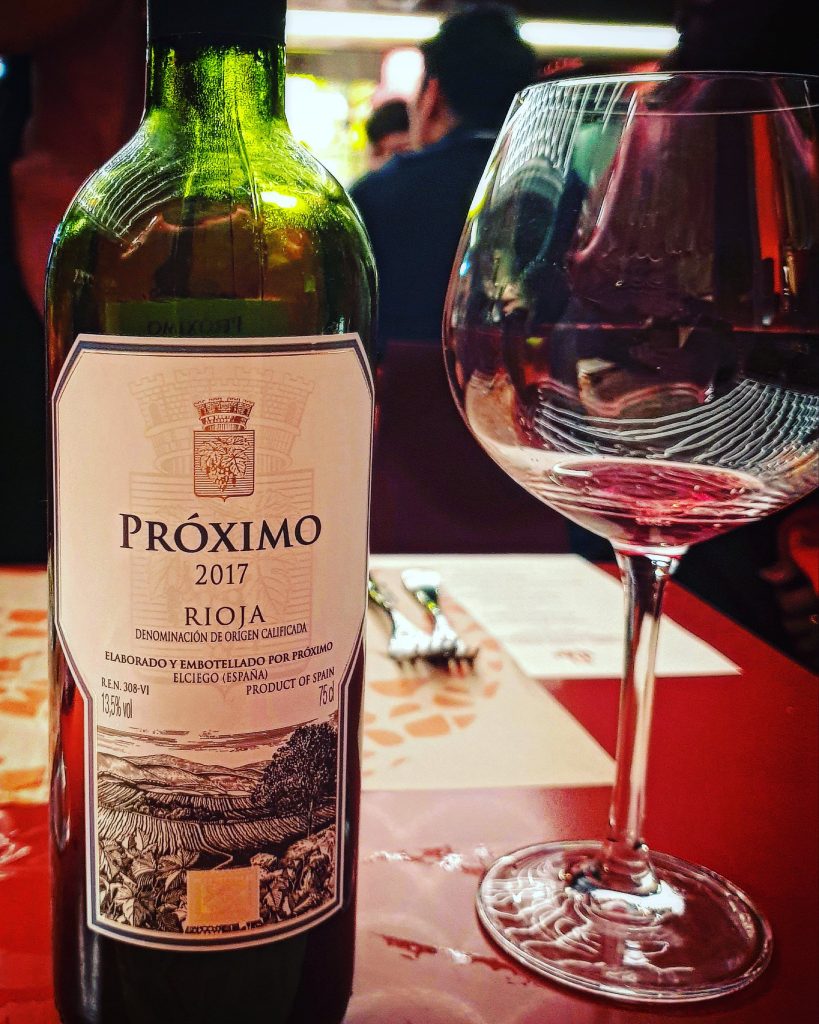 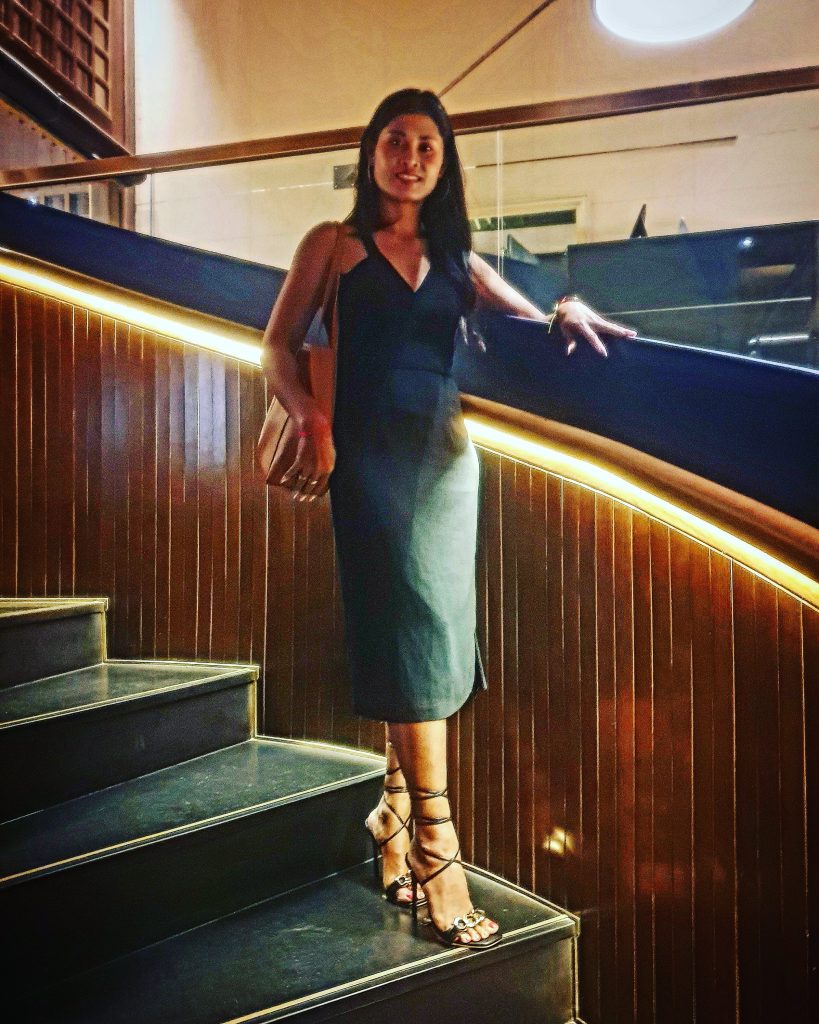 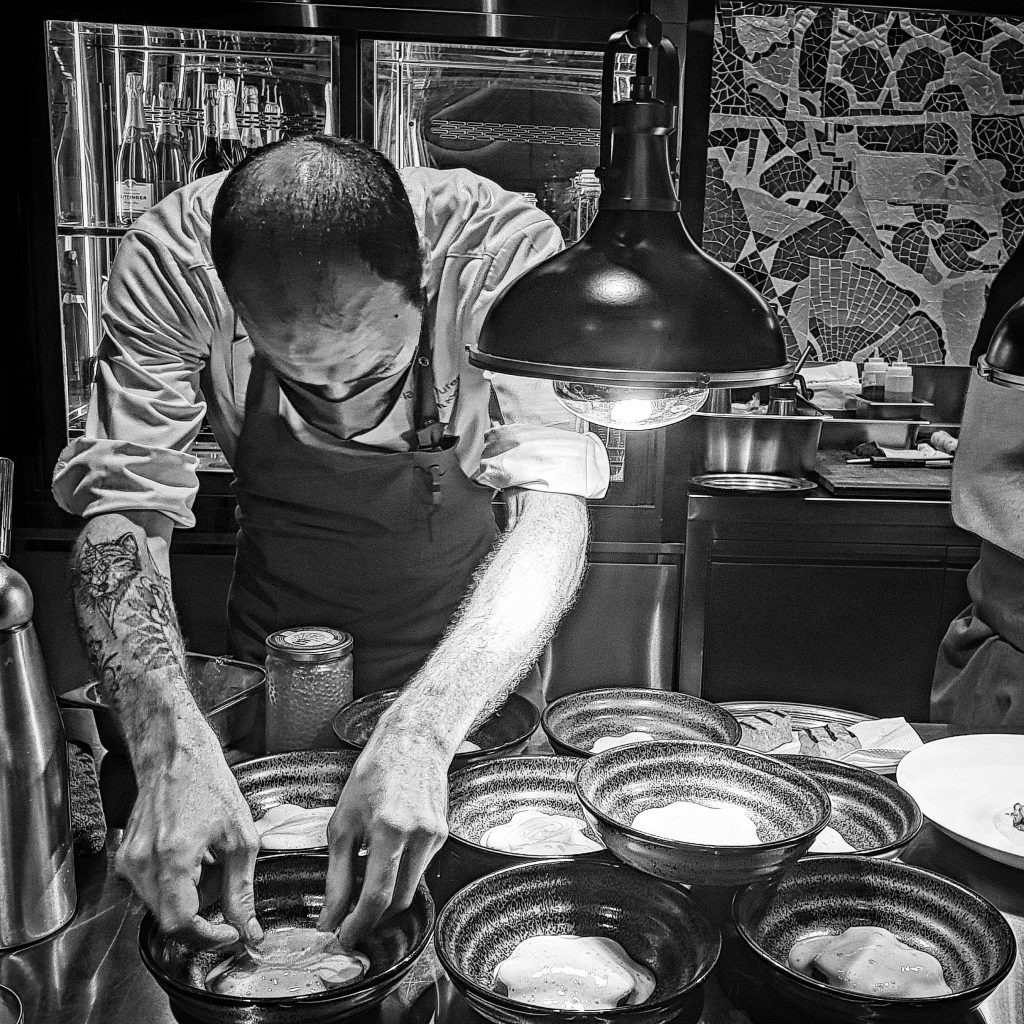 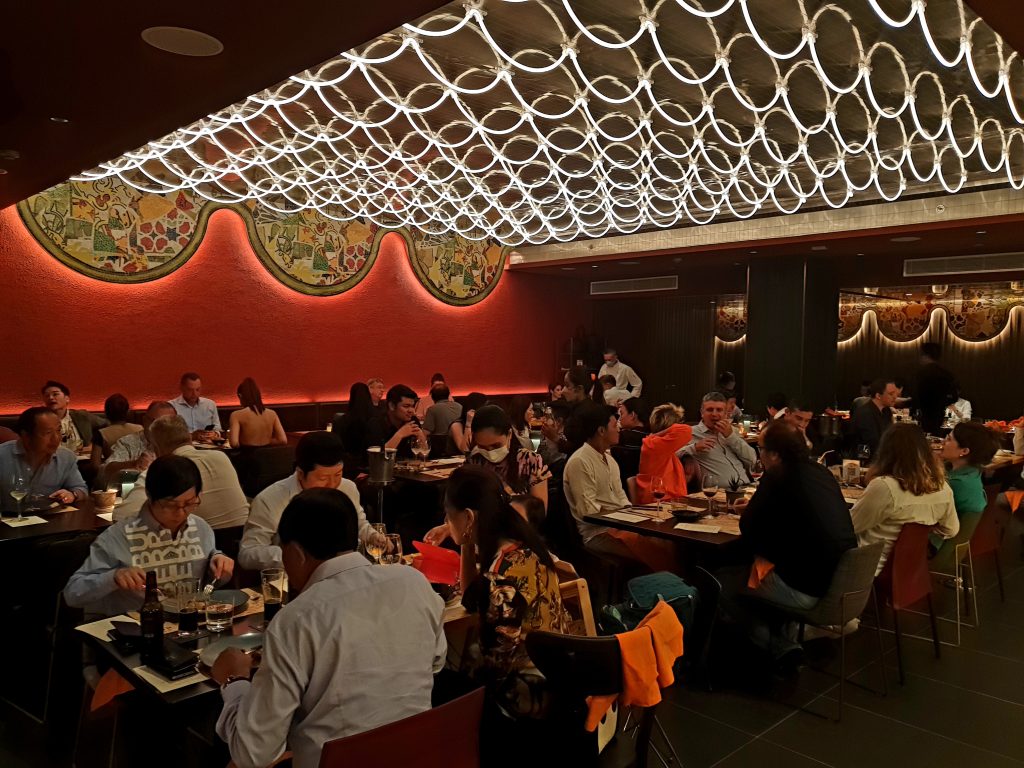