Facebook
Home Culture All Dressed Up in a Sour Place 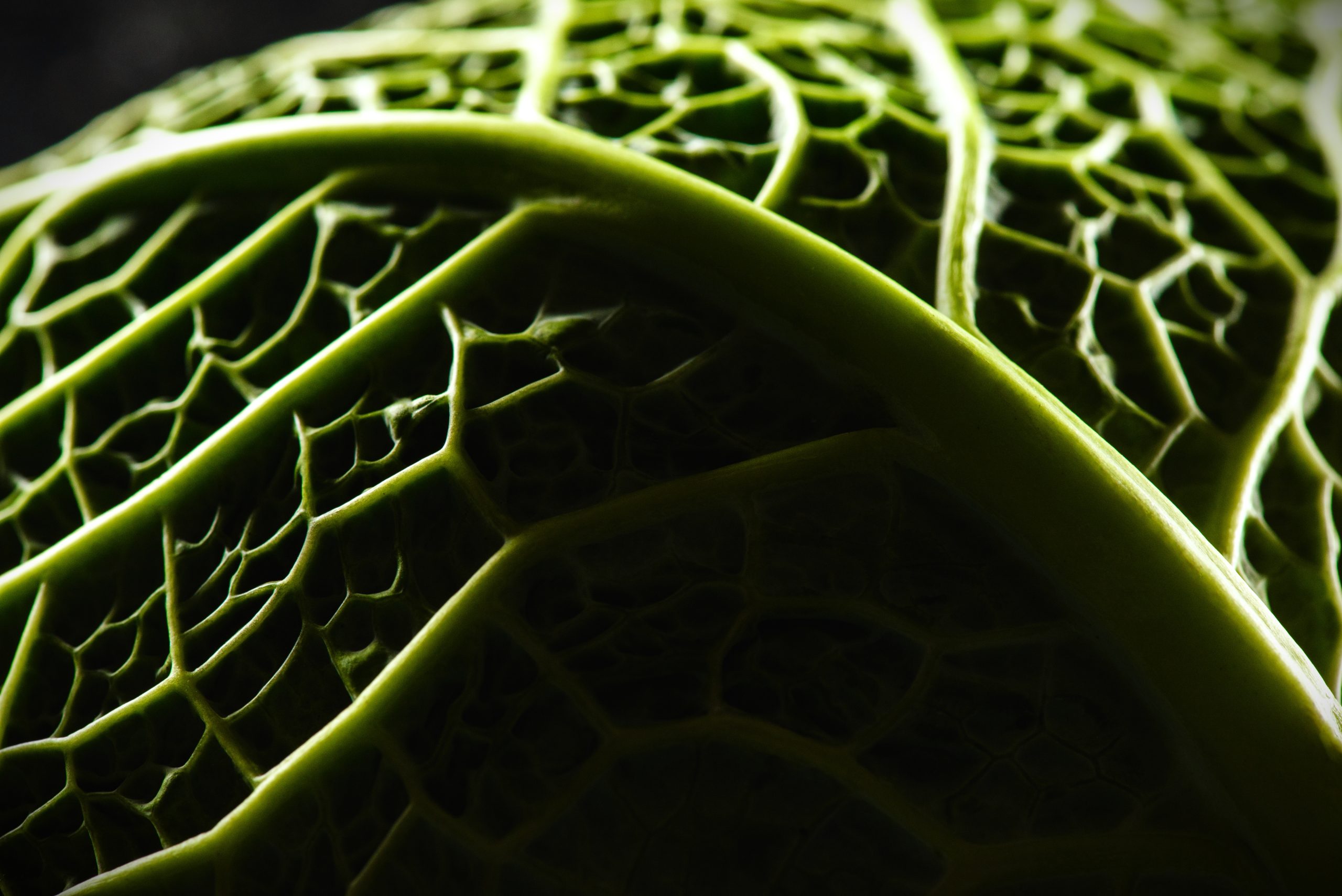 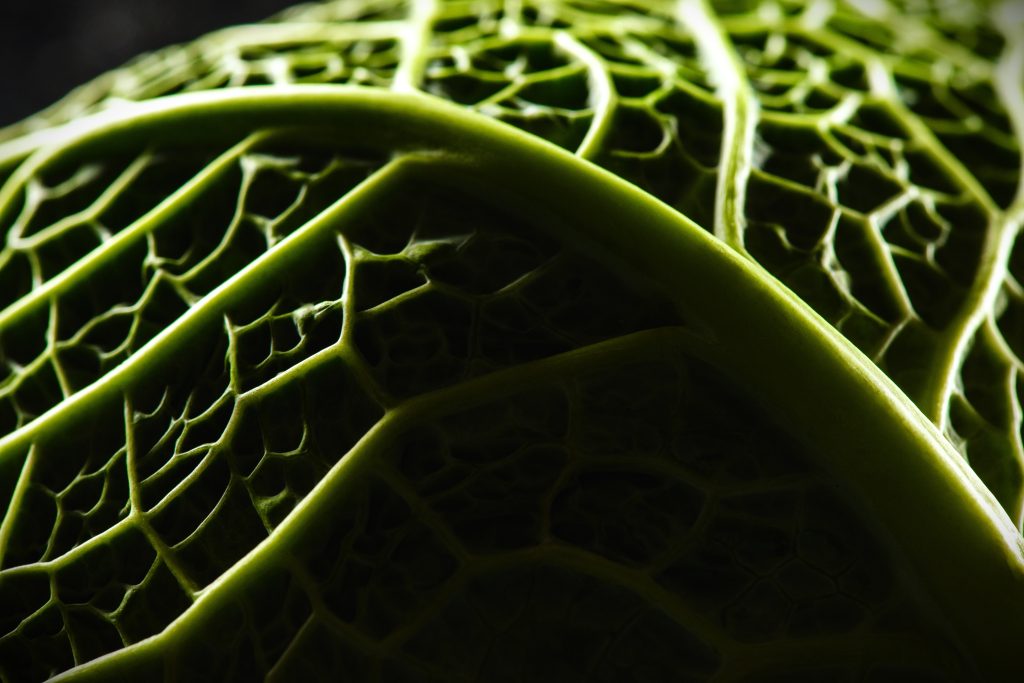 All Dressed Up in a Sour Place

“Let me embrace thee, sour adversity, for wise men say it is the wisest course.”

The taste of Place

The French term Choucroute Garni, means ‘dressed sauerkraut’ it is an Alsatian recipe that consists of sauerkraut cooked in Alsatian Riesling, served with sausages, pork cuts, and boiled potatoes.

Choucroute was introduced to the area by the Germans who themselves had been introduced to sauerkraut and turned it into something of a national side dish. 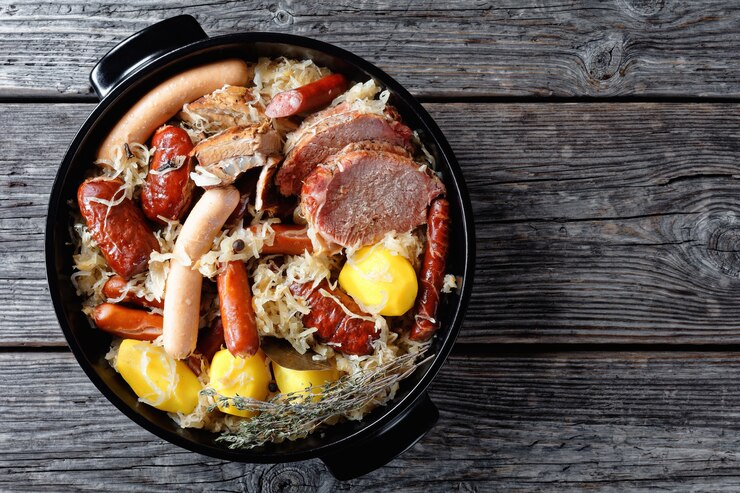 Sauerkraut, (choucroute) originated nearly 2,000 years ago in ancient China; slaves building the Great Wall were fed on cabbage and rice, and in winter, the cabbage was preserved with rice wine. The fermented cabbage was called suan cai and it kept the slaves well fed and healthy during the harsh winter months.

Various histories of how it reached Germany abound, Marco Polo, Atilla the Hun, and the Tatars are all credited with bringing it to Europe, and whilst the Ancient Greeks and Romans have written about fermented cabbage as a health food; it was not popular in Germany until the 1600’s when it soon became a staple of the local diet. 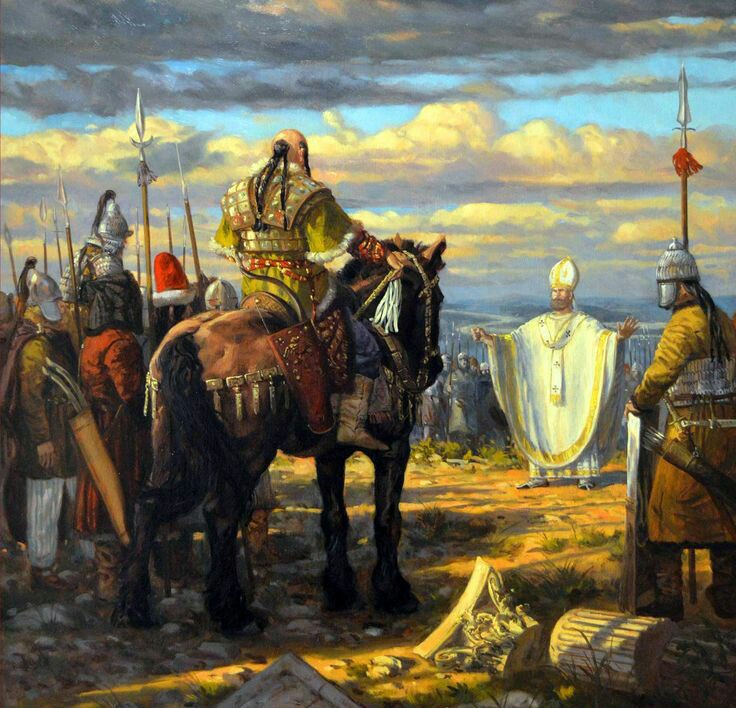 When Alsace and Lorraine became a part of France, after the treaties of Westphalia in 1648, the dish soon came to the attention of French chefs, and the Choucroute garni of Alsace become a celebrated dish.

In Alsace, it is a specialty that has its origins in the German dish ‘Schlachtplatte’, which literally means slaughter plate; a dish made from all the parts of a pig that could not be preserved over the winter. Traditional Alsatian recipes include three types of sausage: Morteau, or Montbéliard, Strasbourg, and Frankfurt; fatty, salted cuts of pork such as ham hocks, pork knuckles, shoulders, or back bacon. The sauerkraut is heated with Riesling, stock, and goose fat. In some recipes, it may also be cooked with chopped onion and even sliced apples. Traditional recipes include black peppercorns, cloves, garlic, juniper berries, onions, potatoes, and bay leaves. It is best served with local mustard and local wine.

Like cassoulet, pot-au-feu, and many other examples of France’s regional cuisine, choucroute garni comes from humble beginnings, a simple and inexpensive dish cooked in the home, yet much grander, elevated versions (such as Choucroute royale, made with Champagne instead of Riesling), with extravagant ingredients (such as foie gras and wild game) have been served in the banquet halls of the aristocracy and in the modern kitchens of contemporary restaurants. Pliny the Elder (AD 23-79) the Roman writer, natural philosopher, navy commander and author of the ‘Encyclopedic Naturalis Historia’ wrote, “Cabbage gives a lot of milk to nursing mothers, helps with dull eyes, has a positive effect on headaches and should be beneficial after high alcohol consumption.”

In 2009, Dr. Lejla Kazinic Kreho, a Croatian nutrition specialist who led researchers from King’s College, London to learn of the health benefits of sauerkraut, and its remarkable powers as a natural “love food” that works. The doctor Is quoted as saying, “The knowledge collected at King’s College shows pickled cabbage is the best natural Viagra. It may be hard to believe that sauerkraut is one of most powerful aphrodisiacs, but the data is conclusive.” 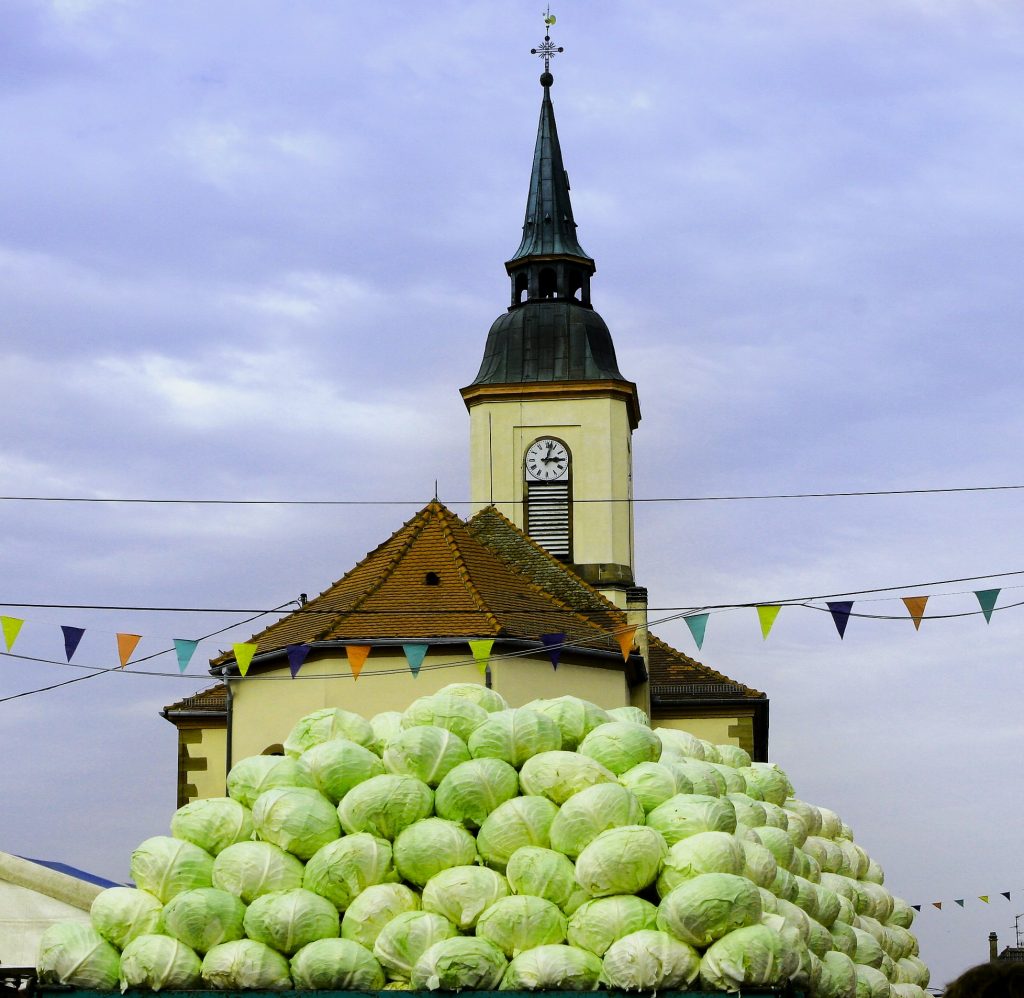 German philosopher, poet, composer, and writer Friedrich Nietzsche (October 15, 1844–August 25, 1900) is among humanity’s most enduring, influential, and oft-cited minds, yet he famously called the populace of his fellow philosophers “cabbage-heads.” There is a little village in the foothills of the Voges mountains, just south of Strasbourg, where I feel certain they would be most welcome and perhaps feel right at home.

The self-proclaimed capital of French sauerkraut is Krautergersheim, in the Bas-Rhin department of Alsace. Kraut means “cabbage” in Alemannic, and the village -where eating cabbage is a centuries-old tradition- celebrates cabbage, like no other. The choucroute is hailed here each year during a festival weekend in late September; during which, visitors can enjoy choucroute made by local cooks, attend cooking and cabbage slicing demonstrations, and wander the streets from one food stall to the next tasting samples. Not merely celebrated as a part of the country’s culinary heritage, choucroute has also entrenched itself as part of the French language. Popular idioms in France include:

“Pédaler dans la choucroute” which in English means to “pedal in sauerkraut,” which is to suggest that one is exerting oneself without getting anywhere, this comes from the sweeper car at the Tour de France, which traditionally advertises the Alsatian specialty. Another is the French expression; “Aucun rapport avec la choucroute” which translates as “nothing to do with sauerkraut” and can be likened to the term “Nothing to do with the price of fish” referenced when a topic is introduced that has nothing to do with the current conversation.

Whilst a dish with a complex and well-traveled history and with many layers of flavours, it is remarkably simple to make and even easier to fall in love with, it’ll even make you frisky! 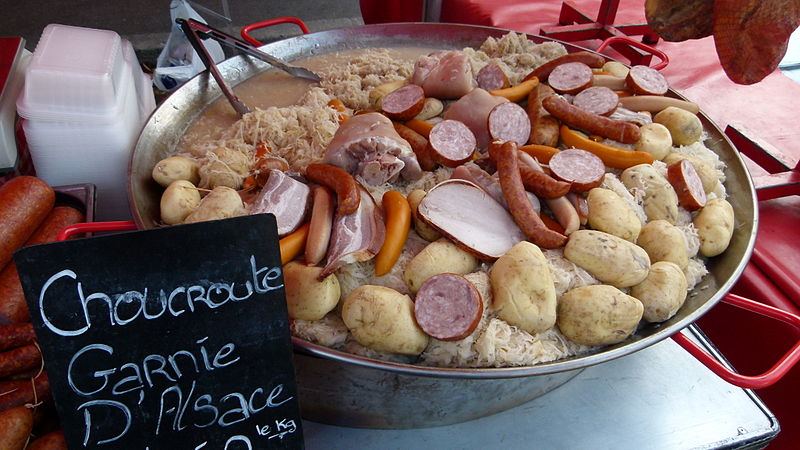 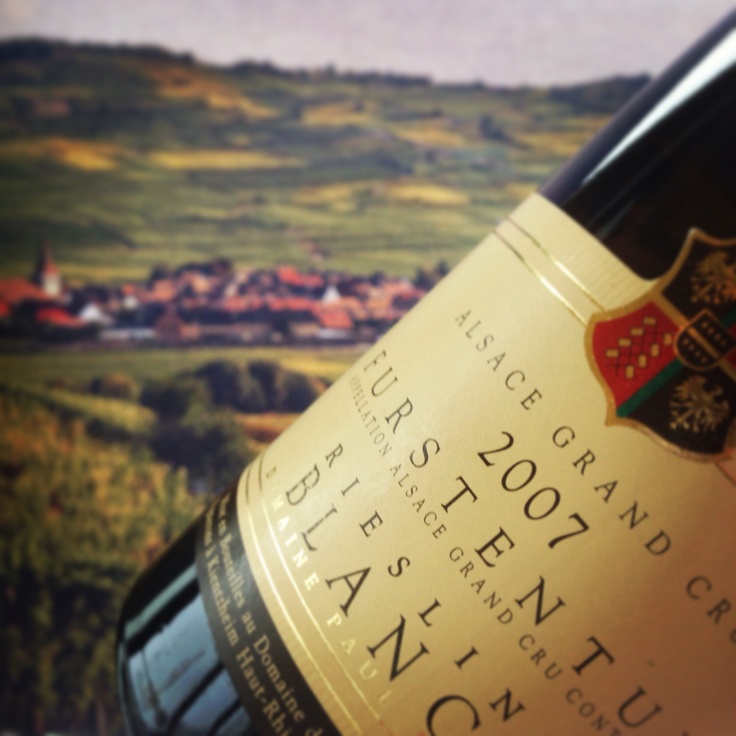