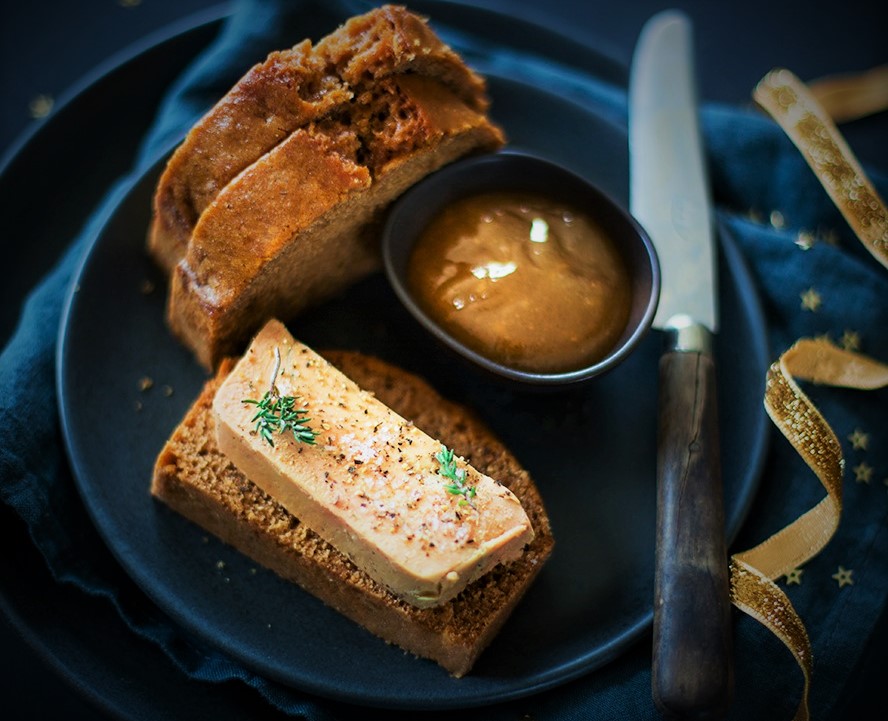 “I have discovered the wine of Château Lafite to be a delicious, generous cordial, comparable to the ambrosia of the Gods of Olympus” Maréchal de Richelieu (1755)

Throughout the entire world, the name Lafite is synonymous with the great wine-producing Chateau of Pauillac, Bordeaux; which has been owned by the Rothschild’s since 1868 and is today run by Saskia de Rothschild.

However, the name Lafite is a topographic name for someone who lived near a boundary mark, Old French fitte (Late Latin fixta petra ‘fixed stone’, from the past participle of figere ‘to fix or fasten’), it is a habitational name from any of several places in southwestern France.

“My idea of heaven is, eating pâté de foie gras to the sound of trumpets.” 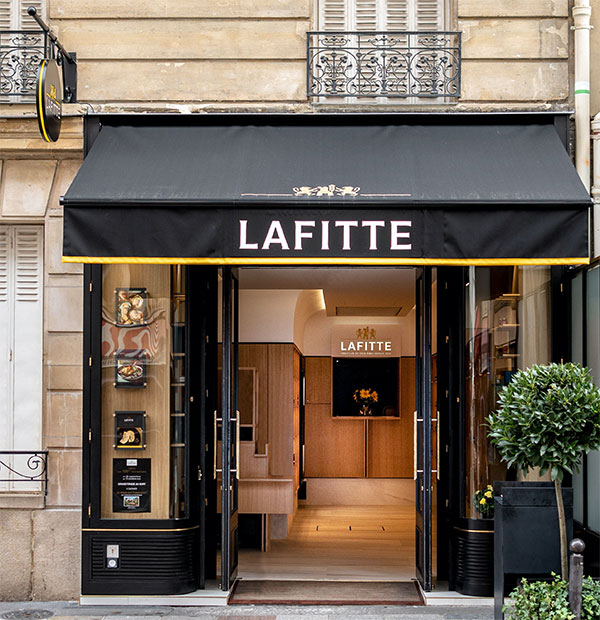 All throughout France and beyond, across the entire world of French gastronomy, the name Lafitte, (with the extra ‘T’) is celebrated as a producer of some of the world’s finest foie gras: the family are custodians of both the breeding and production of a gastronomic delicacy so special that French law states it “Belongs to the protected cultural and gastronomical heritage of the nation of France and its people”.

Their culinary journey begins in the small commune of Montout, in the Landes department of Nouvelle-Aquitaine, southwestern France. In 1920, Pierre Lafitte had a small store, almost leaning up against the Chalosse hills. Here, game, (such as partridge, woodcock, ortolan, hare, etc.) hunted from these very hills were sold from Pierre’s store, supplying restaurants and inns throughout the region. 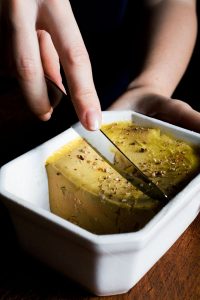 The Hailhe de Nadau was a secular, or pagan tradition of Chalosse, that would see fires lit from hill to hill for the winter solstice. Today, that tradition continues in the hills of Chalosse where families and friends gather around the fire on Christmas Eve to sing, play music, and drink a toast to Christmas. 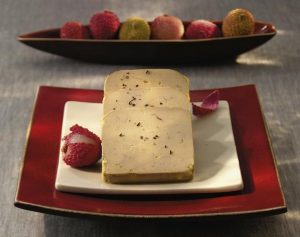 From as far back as the ancient Egyptians -over two and a half thousand years BCE ago- humans have fattened geese using the practice of gavage.

Traditionally, dried figs were used and it is interesting to note the term ‘iecur ficatum’, (fig-stuffed liver); ficatum was closely associated with animal liver and it became the root word for ‘liver’. Each of these languages: foie in French, hígado in Spanish, fígado in Portuguese, fegato in Italian, fetge in Catalan and Occitan, and ficat in Romanian, all mean liver. Foie Gras can certainly stir up the passions and may be found in literature from Michael Caro’s 2001 novel, ‘The Foie Gras Wars: How a 5,000-Year-Old Delicacy Inspired the World’s Fiercest Food Fight’, to a story by the great science fiction writer, Isaac Asimov with; ‘Pâté de Foie Gras’ written in 1956.

Pliny the Elder wrote about his contemporary, Roman gastronome Marcus Gavius Apicius, feeding dried figs to geese in order to enlarge their livers back in the 1st century AD, and then of course, there was the world’s greatest detective and his sidekick Dr. Watson:

“It was after five o’clock when Sherlock Holmes left me, but I had no time to be lonely, for within an hour there arrived a confectioner’s man with a very large flat box. This he unpacked with the help of a youth whom he had brought with him, and presently, to my very great astonishment, a quite epicurean little cold supper began to be laid out upon our humble lodging-house mahogany. There were a couple of brace of cold woodcock, a pheasant, a patè de foie gras pie with a group of ancient and cobwebby bottles. Having laid out all these luxuries, my two visitors vanished away, like the genii of the Arabian Nights, with no explanation save that the things had been paid for and were ordered to this address.” 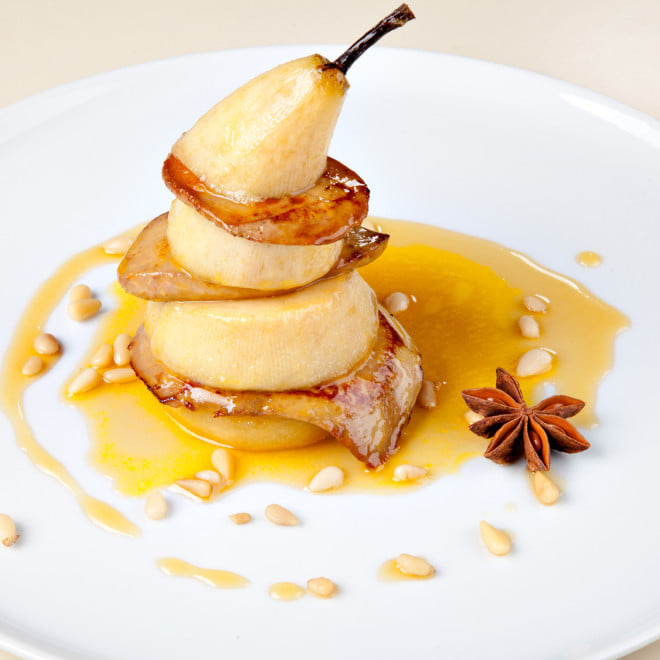 France produces an estimated 75% of the world’s foie gras and southwestern France produces approximately 70% of that total. Most of it is consumed within France where the dish is considered a national treasure and a specialty of French cuisine. Ducks account for 95% of Foie Gras production.

Considered a culinary luxury of the highest quality, foie gras may be served as a whole lobe, either cuit (“cooked”), mi-cuit (“semi-cooked”), or frais (“fresh”). Foie gras, made of pieces of livers reassembled together; bloc de foie gras, a fully cooked, molded block composed of 98% or more foie gras; if termed avec morceaux (“with pieces”), it must contain at least 50% foie gras pieces for goose, and 30% for duck.

The flavours of foie gras are rich and delicate with a buttery texture, it reveals itself immediately to be truly unique and definitely very special. 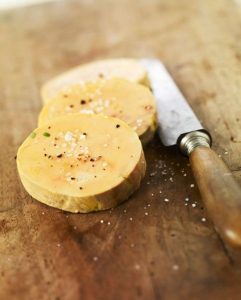 One Hundred Year and Four Generations

How have they achieved this remarkable feat? Through dedication, passion, care, and commitment; as well as control of and attention to every single step and detail in the chain of production. Today, the Lafitte name is synonymous with excellence and authenticity. 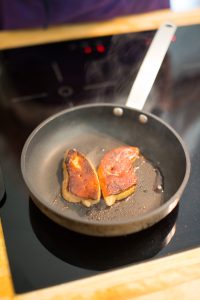 Lafitte’s foie gras ducks come from an old and rustic strain with slow growth, recognizable by its black and white coloring which is an absolute guarantee of quality. The strict control and integrity of the breeding program of the Landes duck are critical and Lafitte works with 80 feeder breeders located within a maximum radius of 40km around Montaut (80% of these are actually with less than 25km).

This method of duck husbandry allows for a more traditional, even old-fashioned style of breeding on a micro-scale where the palmipeds of Landes can enjoy being bred in the open air, on a grassy course in a natural environment.

The famous ‘Label Rouge’ of the French government is a specification of quality that is some of the most demanding and exacting in the world. For foie gras, ducks must be raised for a minimum of 102 days, food quality is specified and the birds must be raised in the open air and in shared pens. This type of production represents less than 5% of total production in France, all of Lafitte’s ducks are raised this way, and all of their products bear the famous ‘Label Rouge’. In addition, Lafitte attach the Protected Geographical Indication IGP LANDES, which certifies the geographical origin of their ducks. 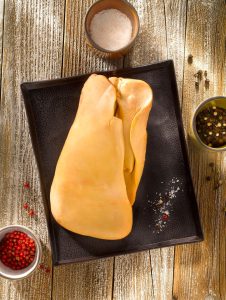 For over twenty years, this jewel in Cambodia’s culinary crown has been the centerpiece for fine French dining in Phnom Penh. Topaz has always been about delivering one of the world’s great cuisines to the people of Cambodia, be that the traditional classics that underpin France’s gastronomy or, in contemporary masterpieces of a more modern French culinary era. Set in a grand and magnificent modern setting in the heart of the city; the restaurant is driven by the pursuit of excellence, enjoying long-standing relationships with growers, producers and suppliers across France, build on an appreciation for the very finest ingredients and them for Topaz’ kitchens in the heart of the kingdom’s capital.

Topaz works with Lafitte to procure the finest whole lobes of grade A, duck liver for their kitchens in Phnom Penh. After being air-flown the kitchen works under the guidance of Master Chef Alain Darc and the watchful eye of Executive Chef Sopheak Pov, to prepare foie gras with their own special recipes and techniques, ensuring they produce the very finest foie gras in the country.

The fatty lobes are incredibly fragile and must be expertly pared, then delicately de-veined to avoid any damage or any staining of the liver tissue. Chef Sohpeak has worked in the kitchens at Topaz for over 15 years, he has enjoyed internships with 2-Michelin starred chef Alain Dutournier’s Paris restaurant, Carré des Feuillants, and at Michelin-starred restaurant Arrambide in the Hotel les Pyrénées. His affinity for Foie Gras and expertise in its preparation is unsurpassed here.

The lobes must be chilled to the right core temperature before preparation, the lobes are seasoned and cured for 24 hours then slow cooked at very low temperature, (sous vide) with a few tablespoons of a specially prepared broth. After cooling on ice to the desired temperature, the roll is created in airtight seals to be chilled overnight.

These seals will not be broken nor the roll of foie gras sliced until ordered; this usually doesn’t take long. Sopheak informs me that Topaz’s foie gras is very popular, preparing and serving between 30 and 40 kilograms every month, people order it every single day.

A classic pairing with foie gras, especially duck from the southwest of France is a magnificent, aged Sauternes or Barsac, all that lovely sweet richness and purity of fruit in the wine, which sees it stand up well to the indelible richness of the foie. If drier wines are your preference, match with a rich, buttery, smoky white Burgundy with a nice mineral wash of acidity on the finish. 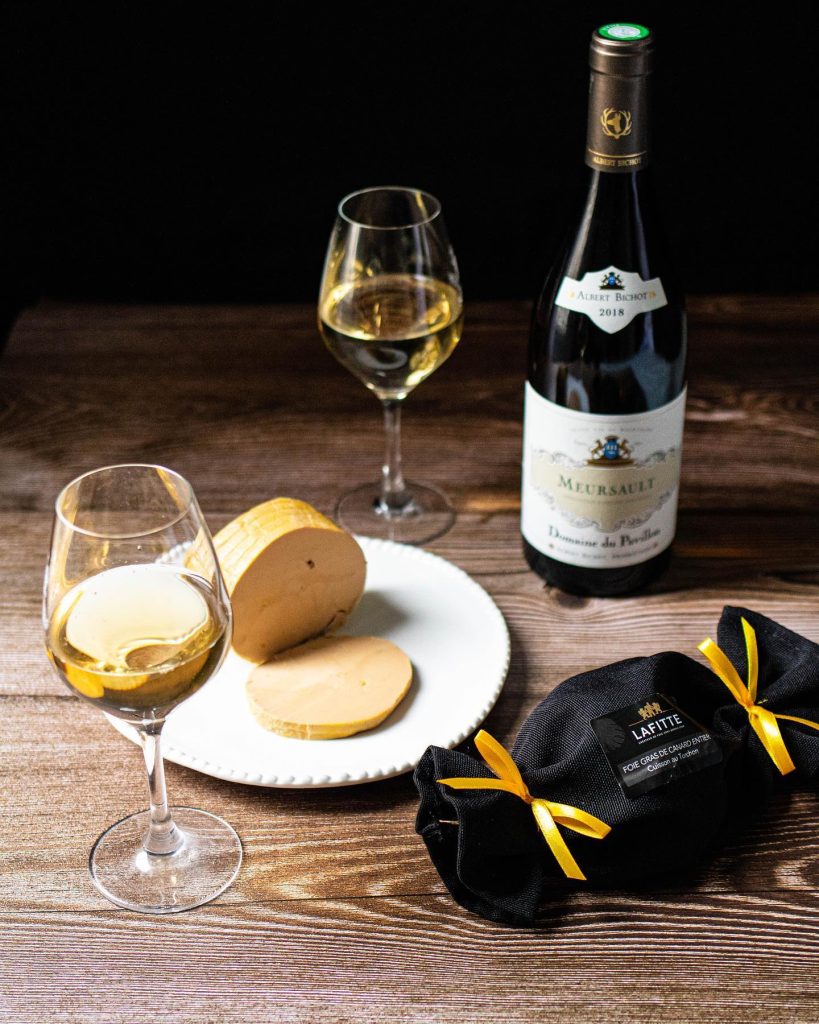