A Thing of Kalimna

I partly organized and then wholly attended a small ‘trade-&-friends’ dinner last week; it had a ‘bring-a-bottle’ theme, which is an ingenious way for trade to come together and taste, assess then discuss each other’s wines.

Like pirates in the penthouse, we were given a deconstructed, private-setting, upstairs -well away from the burdens of life at sea-level, and above the pitch-and-roll of the daily grind. It was an evening full of the kind of immense pleasure and conviviality that only amity with coconspirators, collaborators, and cohorts can bring. Sprinkle with good wine, stir gently, and let the whole room rattle and hum.

It was wonderful to see the good lads from Chivtimex there; I was mightily impressed when Seila lobbed a 2018 Penfolds, Bin 28 ‘Kalimna’ Shiraz on the table. This is a wine of both my own and Australian wine history; first made in 1959 it was the very first of the now world-famous ‘Bin’ wines made. This was, of course, all being done by the godfather of Australian winemaking himself, the very reverend Max Schubert -who was at that time, still tinkering away in secret with his ‘Grange’. 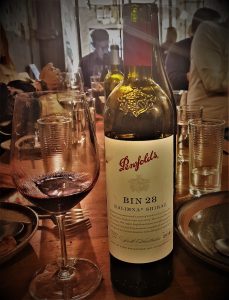 Grange itself would eventually go on to be the one wine to rule them all, the most famous Australian wine in the world and throughout Australia’s modern wine story. Bin 28, was a wine named merely for the place, (known as a Bin) in the winery where the wine was being stored for maturation, and so from such humble beginnings, the Penfolds Bin Wines were born.

I would have tasted my first Kalimna over thirty years ago, about the same time I was probably selling my first bottles, in Melbourne, Australia. Before decamping to Asia at the turn of the century, I’d had a long history in the wine industry back in Australia, growing, grapes, making wine, launching brands, selling wine, running wineries, and doing just about every other job in the industry. Winemaker Peter Gago and my own paths crossed many times, as he rose through the ranks at Penfolds to become their senior winemaker.

Peter is only the fourth man in history to be given the keys to drive, (make) Grange. I recall wonderful and immensely valuable times tasting and discussing wines and winemaking with him, at MW seminars and classes, at various trade events. Most memorable, I recall tasting the Penfolds greats -going back many vintages- with him over two amazing evenings; one in the Max Schubert Cellar under the winery and the next night in the winery restaurant at Penfolds Magill Estate, in Adelaide, South Australia. 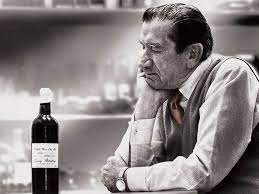 So, it was with tempered excitement and a pang of emotion, eyes moist and sentimental, that I spied the familiar label set down in front of me. Plates, food scraps, aqua vita, crumbs, conversation, music, and debris of all manner parted like the Red Sea, as I leaned in and reached along the table to retrieve the prize. Here was a lost treasure, one that my organoleptic accoutrements had not been treated to for many a year. For the briefest of moments, I think time may have actually stopped! 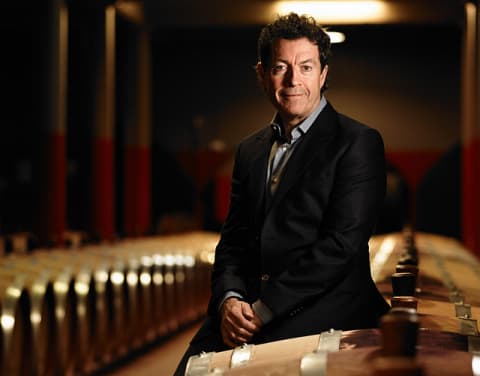 The indigenous word ‘Kalimna’ can mean beautiful, good, happy, sweet, nice, or honesty in the Yorta Yorta language. I think of the opening line of Keats Endymion, “A thing of beauty is a joy forever”. It’s an epic poem, the opening stanza sets out a pastoral scene of trees, rivers, flowers, and livestock. Youths singing and dancing and elders living in the shades of Elysium. “An endless fountain of immortal drink, Pouring unto us from the heaven’s brink”.

Australian wine writer, taster, author, historian, critic and friend, Jeremy Oliver notes: ‘In 1903 the Kalimna Vineyard was the largest in South Australia, with 130 ha under vine. Managed from 1898 to 1918 by William Salter, whose family founded the Saltram winery at Angaston. Its reputation was built on the quality of its dry red wine made at Saltram, much of which was sold to Britain. Penfolds acquired the vineyard in 1945.’ 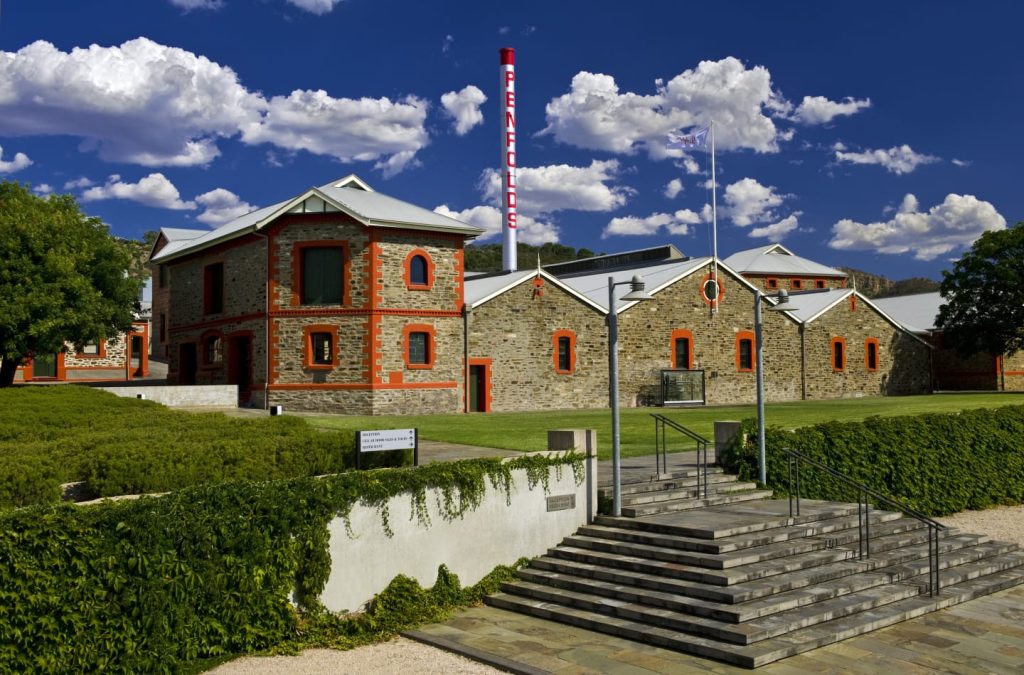 Since Penfolds took on Kalimna the vineyard has been at the heart of the most famous wines on which it has built its reputation: Bin 707, St Henri, Bin 389, and Grange itself. Bin 28 being the first to get a commercial release, at the very beginning of Penfolds’ flirtation with dry red table wine. And the rest, as they say, is history.

Today, Penfolds Bin 28 Shiraz is a multi-regional South Australian blend, always with a healthy dollop of Barossa fruit to preserve the wine’s style and character. 2018 was hot and dry and this severely stressed some of the old Barossa floor vineyards, as well as many others throughout the state. Flowering and veraison were several weeks later than normal throughout and the 2018 vintage wines from South Australia are the product of a long, hot ripening season. 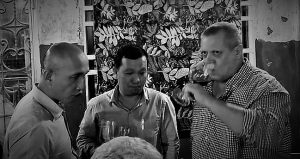 The wine is medium-bodied and deep crimson in colour. The bouquet is perfumed, opulent, with ripe fruit: plums, raspberries, then milk chocolate and espresso. There are also more complex hints at violets, soy, cinnamon, and pan spices. Aromas from seasoned, USA oak barrels are understated; bourbon vanilla, hazelnut -passive like good oak should be, merely the attractive parchment that all the colour and poetry is written on.

The palate shows itself to be medium-bodied and expressive, the fruit ripe, juicy, wrapped in plenty of fine, integrated, supportive tannin. Flavours are layered in with multi-regional complexity, the full spectrum of red, blue, and dark forest berries dancing with a creamy texture over the palate before the brambly, assertive tannins weigh in. Acidity is subtle, bright, then a confection of ripe berry fruit is all that is left, lingering like Selene’s kiss goodbye, the beautiful suggestion of more to come hanging somewhere between memory and imagination. 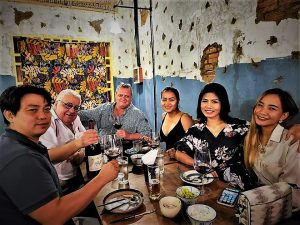 Joseph Drouhin: the Door to Freedom & the Road to Chablis