Mike Wong at Kanji restaurant has been a chef of Japanese cuisine for over twenty five years, learning the many disciplines of Japanese cooking under several masters. Working under such masters is rigorous, “They were very tough” Mike said, noting that they were also even handed, hard on everyone. At first Mike would be given a single task in the kitchen and asked to repeat it all day, day after day for months at a time, until he could perform it with consistent perfection. Then he would be given another task to learn and perform for months on end until that too had reached an instinctive level of perfection. 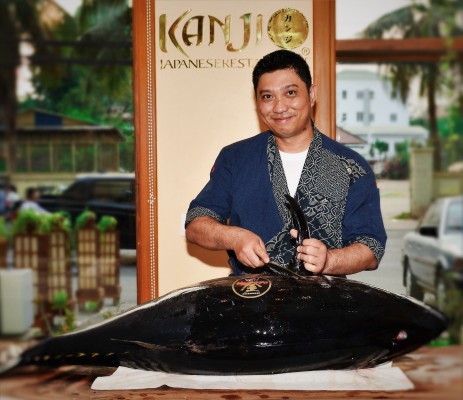 Today, Mike is an ‘itamae’, that means he is a master with the knives at preparing sushi and sashimi, Mike spent three years under his master, learning how to cut each type of fish, one species at a time, sometimes for weeks and even months on end.  Mike also studied in working the teppan and became a highly regarded teppanyaki chef, mastering the art of the hotplates.

However, it is the highly refined art of tempura of which chef seems most proud. Mike explains that “There is no margin for error with tempura, it is either perfect or it is wrong”. Chef learned the art of tempura under three separate masters, training for a whole year exclusively on this one discipline alone, before they considered him a worthy and accomplished tempura chef. There is a Japanese term, ‘wabi-sabi’ which describes a beauty that is imperfect, impermanent and incomplete, in the same context the term can also refer to a way of looking at the world, a way of living that focuses on finding the beauty in imperfection; an example of this practice is the Japanese tradition of repairing old, cracked pottery with gold, believing that the piece is now more beautiful for having a history and for having been broken.

It has been said that to make the finest tempura one must start with an imperfect batter; one of the secrets being to prepare the batter with icy cold water just as you are ready to cook and then only lightly and roughly mixing the ingredients, careful not to thoroughly combine or warm the ingredients of chilled wheat flour, chilled egg and icy water, so as not to let the glutens activate and bind. Another secret is to use aerated water, (again icy cold) to make the batter even lighter and airier. 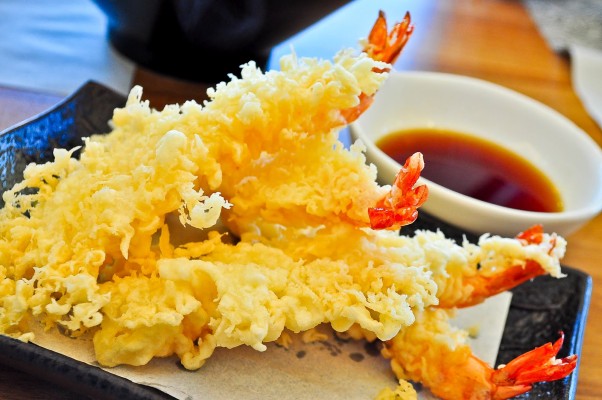 Perfect tempura batter is a culinary phenomenon, it is exquisite, non-greasy, light and airy, crisp and with stringy wisps of light batter giving it the look of gossamer, a light, delicate flavour and fine texture, so that the encased ingredient remains crisp, fresh and the dominant flavour.

Tempura in Japan has its origins in the Portuguese merchants and missionaries who brought the method of deep frying food in batter from the Iberian Peninsula. Initially, cooking oils were expensive and cooking fried food forbidden in the home, as it was considered too dangerous with houses made from timber and paper. The Great Fire of Meireki, in March 1657 was said to have totally destroyed two thirds of the city of Edo, (now Tokyo) and claimed over 100,000 lives. Tempura at this time was not available to everyone. 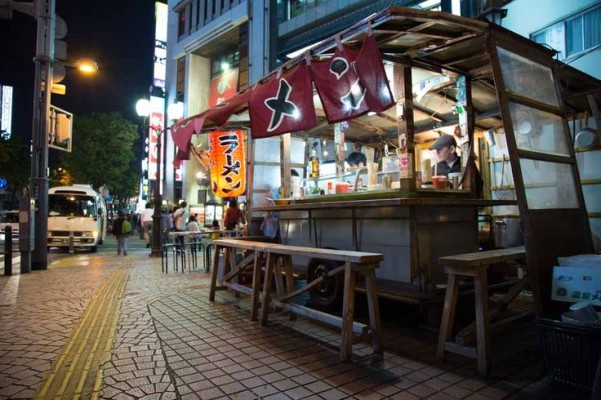 Tempura’s popularity spread during the Edo period, once the price of cooking oil came down and the Yatai food carts began to appear in the streets.  Yatai are the famous wooden food carts on wheels and evolved from the food stalls set out around Buddhist temples as far back as the 5th century. At the height of their popularity it was said that the major cities could have thousands of them operating the streets selling dishes like Soba Noodles, Ramen and Tempura. 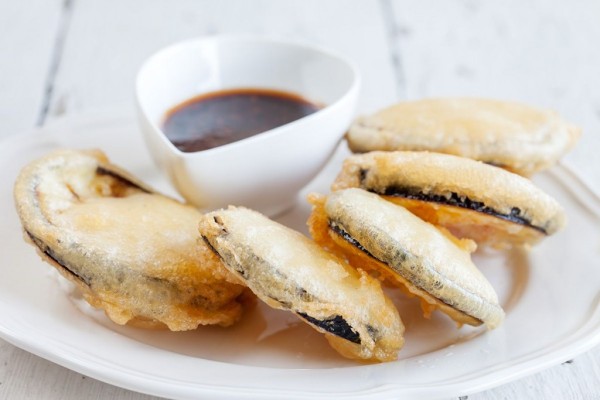 With the abundance of seafood in the Tokyo Bay area yatai selling tempura became quite famous for their fried seafood, which was renowned as a delicious snack amongst common folk; families would come out onto the streets in the evening for a cooked bite to eat. So popular was tempura that it began to find its way into literature and by the beginning of the Meiji period, tempura restaurants had started opening. Tempura was now regarded as a proper dish instead of a street-food snack. 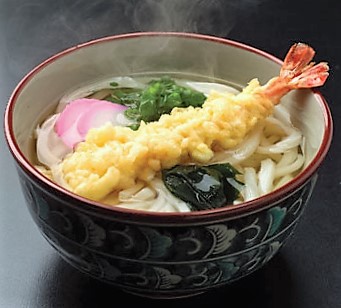 The Tokugawa shogun was said to be a man always careful of his diet and personal health but, he was also extremely fond of tempura and was said to sometimes over eat on the dish until he became ill. In modern times tempura has become one of the essential elements in the flavour hierarchy of Japanese food. 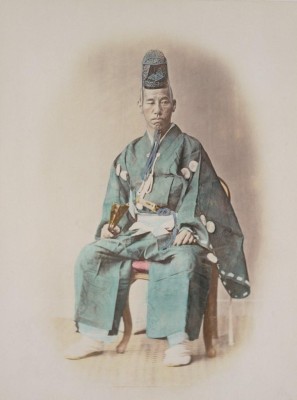 It has been written that tempura embodies the qualities Japanese cooks consider precious: fresh ingredients, precise cooking and an aesthetically beautiful dish. It also illustrates the incredible ability the Japanese have of absorbing outside influences and recreating them as something entirely their own.

In August, Chef Mike Wong will display his masterful Japanese tempura skills at Kanji with a special tempura selection for the entire month.