One of the all-time great food films is a 2011 documentary entitled ‘ Jiro Dreams of Sushi’, which tells the story of Jiro and his small, inconspicuous, ten seat sushi restaurant in the tunnels of the subway station in Ginza, Chuo Tokyo. Jiro is a humble, incredibly hard working, unassuming perfectionist, he is eighty five year’s old, his restaurant has three Michelin stars and he is considered the greatest living exponent of sushi in the world, a living culinary treasure. Jiro Ono is in the Guinness book of Records as the oldest recipient of three Michelin stars in the world.

Jiro prepares his sushi with his bare hands, placing the finished morsel on the counter top in front of his diners and watches them eat, his face expressionless, carved stone. The world’s most famous chef’s and food commentators have made pilgrimages to Jiro’s restaurant NAMED, ‘Sukiyabashi Jiro´; Rene Redzepi of Noma has been here, so has Anthony Bourdain, Japan’s prime minister Shinzo Abe has been here too as has United States president Barak Obama, who said it was the best sushi he’d ever eaten

The chef’s tasting menu at Sukiyabashi Jiro involves about 20 morsels of sushi and costs around US $300 dollars, the entire experience from start to finish lasts a mere thirty minutes on average.

Highly recommended by expatriate Japanese and other good friends, I recently enjoyed my first meal at Japub, a Japanese sushi restaurant consisting of just seven bar seats, owned and somewhat unconventionally operated by young Japanese sushi chef and former architect, Seya San. On entering the tiny hole in the wall restaurant in Boeung Keng Kang 1, I am immediately reminded of David Gelb’s big little movie about the sushi dreams of Mr. Jiro Ono. 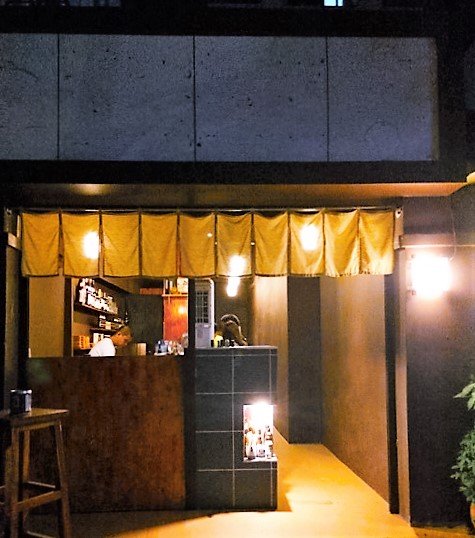 Early in the meal, as I place a piece of Seya San’s salmon sushi into my mouth and taste it, I realize that I am in the presence of a great talent and that I am eating the finest sushi I’ve ever experienced in Cambodia. This is not a judgment call, there is nothing to compare or weigh up, this it is a self-evident truth and the sensation is nothing short of extraordinary.

Shibui is a Japanese term that refers to a simple aesthetic, a subtle, unobtrusive beauty that is perfect harmony between simplicity and complexity; this is the art of great sushi. Great sushi is about great balance and all of the complexity, skill and expertise that goes into every detail in bringing a single, simple bite sized piece of perfection to the table.

Preparation of the short grained Japonica rice, known as uruchimai and famed for its large clusters or clumps, is critical to great sushi, it should be slightly acidic and be served at around body temperature, definitely not too cold. If you are visiting Japub get there early, lest you hear the dreaded words from Seyu San, “Sorry no Rice” which means he is not accepting any more diners that evening, I must have heard this at least half a dozen times as hopeful guests approached the counter only to be turned away like soup buyers in an episode of Seinfeld.

Twenty eight year old Seyu walked away from a career as an architect whilst working in Sydney, Australia and took up the humble position of a kitchen hand, under someone he regarded as a ‘great sushi master’.

Seyu knew immediately that he had found his true calling, “I will never, ever do architecture again” he proclaims emphatically, his blade flashing at the cutting board. Seyu has an obvious talent for his newfound passion, there is skill, creativity and an ability to source and select the very best seafood available.

Along with my dining companions we enjoy morsel after morsel of amazing sushi, tuna o-toro, chu-toro and akami, salmon, mackerel, octopus, shrimp, bream, oysters, scallops and uni (sea urchin gonads). These were accompanied by an excellent Japanese potato salad and all washed down with copious amounts of delightful Sake. Be warned, it can quickly add up on your bill and it’s easy to drop a hundred dollars per person here without even trying. Chef’s specials range from $3 to $5 per piece and tucking into a dozen pieces or so, along with sides and drinks is to be expected.

However, this is a dining moment of Zen, where time, space and attachment to material things is suspended for a moment as you enjoy some of the most amazing sushi you have ever had in your life. It is that good, in fact, it’s so good you will be dreaming of Seyu’s sushi until you return and praying that you never have to hear the dreaded words, ‘sorry no rice’. Best get there early. 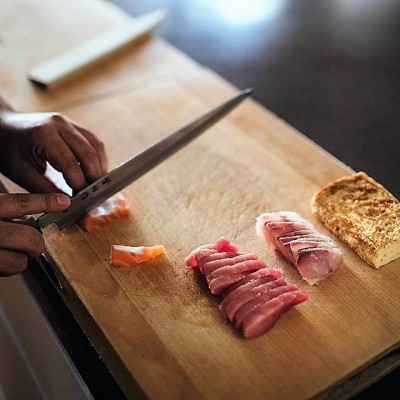 Open from 6pm till late, Tuesday to Saturday

#note: not all of these pictures were taken at Japub due ot lack of quality equipment at time of dining