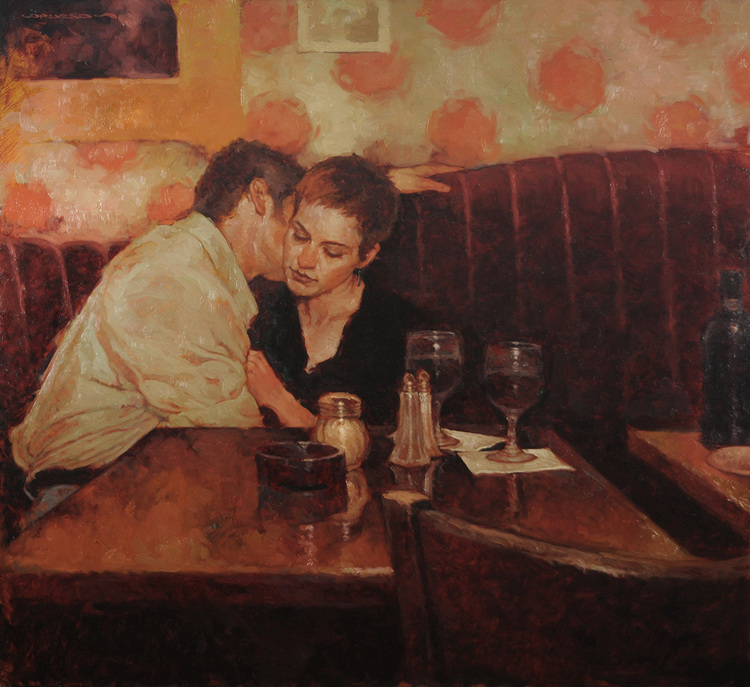 “So short our lives, so hard the lessons,

so difficult the tests, so sudden the final victory,

For this was on Saint Valentine’s Day

When every bird comes there to choose his match

Of every kind that men may think of

And that so huge a noise they began to make

That earth and air and tree and every lake

Was so full, that not easily was there space

For me to stand—so full was all the place.”

Geoffrey Chaucer (1340s – 1400) was an English poet and author, he is widely considered to be the greatest English poet of the Middle Ages; His most famous work, The Canterbury Tales. Called the “father of English literature” he was the first writer to be buried in what has since come to be called Poets’ Corner, in Westminster Abbey. This section of the South Transept of Westminster Abbey now contains the remains or memorials to some of the greatest writers and poets in British history including Shakespeare, Dickens, C. S. Lewis, Thomas Hardy, Rudyard Kipling, Alfred Tennyson, W. H. Auden, Jane Austen, William Blake, the three Bronte sisters, Robert Burns, Benjamin Disraeli, Oscar Wilde, William Wordsworth, Keats, Byron, Eliot and many, many more.

Chaucer also gained fame as a philosopher and astronomer, composing the scientific “A Treatise on the Astrolabe” for his 10-year-old son Lewis. He maintained a career in the civil service as a bureaucrat, courtier, diplomat, and member of parliament, which is why, above many of his contemporaries, we know so much about him today.

What Chaucer is far less famous for, is writing what is believed to be one of the first, and perhaps the first, reference to St. Valentine’s Day as being a special day for lovers: which he did in his 699-line poem ‘The Parliament of Fowls’, in 1382.

Before this time, the day was known as ‘The Feast of Saint Valentine’ having been established by Pope Gelasius I in AD 496 to be celebrated in honour of Saint Valentine of Rome, who died on the 14th of February, in AD 269.

Early folk traditions connected to St. Valentine’s Day were built up around its connection to the onset of Spring. In Slovenia, Saint Valentine was one of the saints of spring, the saint of good health, and the patron of beekeepers and pilgrims and it was celebrated as the day when the first work in the vineyards and in the fields commenced after winter. It has also become a folk tale that birds proposed to each other or married on the 14th of February.

Chaucer’s poem is that of a dream about a parliament for birds, coming together to choose their mates. It was said to have been written to honour the first anniversary of the engagement between fifteen-year-old King Richard II of England and fifteen-year-old Anne of Bohemia, which took place after five years of negotiating the marriage contract. Whilst Chaucer writes about the natural love and love’s true nature, even writing of the female’s right to not only choose her partner but to express her desire to wait another year, in a time when courtly marriage was usually arranged. Yet there is no record of the traditions of love being associated with St. Valentine’s Day before his poem. There are, however, several poems describing birds mating on this day that soon followed.

The earliest description of February 14 as an annual celebration of love appears in the Charter of the Court of Love. The charter, allegedly issued by Charles VI of France at Mantes-la-Jolie in 1400, describes lavish festivities to be attended by several members of the royal court, including a feast, amorous song, and poetry competitions, jousting, and dancing. Amid these festivities, the attending ladies would hear and rule on disputes from lovers.

The history of sending Valentine’s Day letters or cards to the objects of one’s affection is vague at best, believed to have started in the UK and spread throughout Europe. The oldest known Valentine’s Day letter was written by Charles, the Duke of Orleans to his wife Bonne in 1415. The Duke was just 21 years old and the letter was written from his prison in the Tower of London, after his capture at the Battle of Agincourt who was fifteen or sixteen at the time.

As was the custom at the time for most royals, marriage was a matter of state and arranged with all the maneuvers and diplomacy of an international peace treaty. This was the boy’s second marriage, having at age 12, been married off to his 17-year-old cousin Isabella of Valois, daughter of King Charles VI, herself already a widow after being first married at age six. Charles’s young marriage to Isabella ended when she died giving birth in 1409.

The following year, Charles wed in yet another political alliance; to 11-year-old Bonne of Armagnac, daughter of Bernard VII, Count of Armagnac.

In the letter, Charles refers to his wife as his Valentine but given the circumstances, it makes for grim reading:

Since for me, you were born too soon,

And I for you was born too late.

God forgives him who has estranged

Me from you for the whole year.

I am already sick of love,

Charles would end up being imprisoned for 25 years and never saw his valentine again, nor did they have any children; Bonne died sometime between 1430 and 1435, whilst he was still locked up in the tower.

When Charles did eventually return to France he wed once again at the age of 46 to Mary of Cleves, aged 14. They had three children and he died in 1465. Charles wrote hundreds of poems whilst in prison; many of them about love and nobility. Understandably, the longer he was held captive, the darker his poetry became. His poetry is available in several books, such as ‘The Poems of Charles Orleans’, (1973) edited by Sally Purcell.

But If You Love Me

The oldest surviving Valentine’s letter in the English language sits in the British Library and was written by Margery Brews to her fiancé John Paston in February 1477. In which she describes John as her ‘right well-beloved valentine’, telling him she is ‘not in good health of body nor of heart, nor shall I be till I hear from you.’ She explains that her mother has tried to persuade her father to increase her dowry, thus far unsuccessfully. However, she says, if John loves her he will marry her anyway: ‘But if you love me, as I trust verily that you do, you will not leave me, therefore.’ There was a happy ending to the story, as the couple would eventually marry. According to the library’s own records:

The letter comes from one of the largest collections of 15th century English private correspondence, known as the Paston letters. The collection offers a unique glimpse into the personal lives of the Paston family from Norfolk – the family name comes from a Norfolk village about twenty miles north of Norwich. The Pastons had risen from peasantry to aristocracy in just a few generations: the first member of the family about whom anything is known was Clement Paston (d. 1419), a peasant, who gave an excellent education to his son William, enabling him to study law. John and Margery’s son, William, would become a prominent figure at the court of King Henry VIII.

Today we see Valentine’s Day largely through the lens of Champagne, Chocolates, jewelry, and gifts, but it was once about poetry and courage, about beautiful letters and declarations of love.  Maria Popova is one of the connected world’s most beautiful minds and also one of its greatest disseminators, sharers of thought on the human condition, in her online pages Brain Pickings now called Marginalia, which is now included in the Library of Congress permanent web archive. On the topic of love and letters Popova’s site regularly dives deeply into a rich vein of literature that stirs up a turmoil of human emotions; raw or distilled, rough or refined, poured out or drip fed -in both writer and reader. She helps us to examine, these examined lives and guides us through their gifts, helping us understand they are gifts to us all.

“I chose this single star

From out the wide night’s numbers —

Haskell was almost a decade older than Gibran, she recorded in her journal:

‘Kahlil spent the evening. Told me he loved me and would marry me if he could, but I said my age made it out of the question.

“Mary,” he said, “whenever I try to get nearer to you in speech, to be personal at all — you fly up into remote regions and are inaccessible.” “But I take you with me,” said I. And I said I wanted to keep our friendship enduring, and feared to spoil a good friendship for a poor love affair. This was after Kahlil had explained what he meant.

The next afternoon Kahlil was here a while and I told him yes.’

‘My Own Boy, your sonnet is quite lovely, and it is a marvel that those red-rose leaf lips of yours should be made no less for the madness of music and song than for the madness of kissing. Your slim gilt soul walks between passion and poetry.’

‘I ask you for violence, in the nonsense, and you, you give me grace, your light, and your warmth. I’d like to paint you, but there are no colors, because there are so many, in my confusion, the tangible form of my great love.’

“A letter should be regarded not merely as a medium for the communication of intelligence,” advised the guide ‘How to Write Letters’ in 1876, “but also as a work of art.” Virginia Woolf in her essay ‘the Humane Art’ agreed and in 1928 published her epic tome Orlando inspired by and largely about her lover, Vita Sackville-West.

This Valentine’s Day may you get to spend it with the one you love, may you enjoy a little table for two, break bread together, toast to your happiness and say a little poem that means nothing to anyone and everything to each other.