The country of Uruguay in South America sits on the northern bank of the River Plate, there are four cows, (12 million) to every one person, (3 million) in the country. Uruguayan cattle is free range, grass fed and tended by the legendary Gauchos, (cowboys).

Not surprisingly Uruguayans love their beef, eating more per capita than almost every other nation on the planet, said to be 86 kilos per person, per year, (Instituto Nacional de Carnes, 2016). By way of comparison, Vietnam consumes around 3 kilos per person per year. 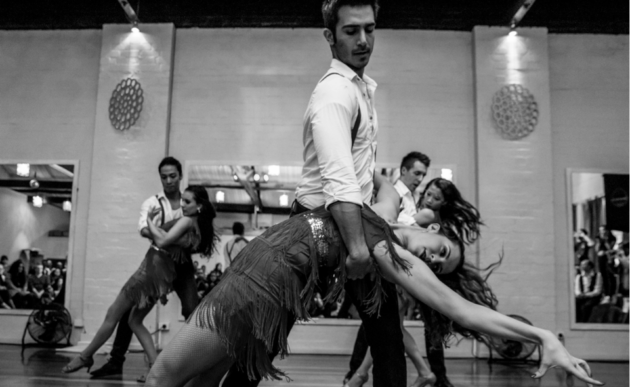 The tango is an intimate, creole based dance for partners that originated in the River Plate area in the late 1800’s, famous on the streets of Montevideo, it is said that the finest practitioners must have enormous passion, connection and technique. El Carniceros, Uruguay’s butchers are highly respected for their skills, as are the asado cooks of Uruguay’s national culinary pastime, the barbecue; they too must have great passion, connection and technique.

Officially opened last Saturday evening, Tango is a new Uruguayan ‘asado’ restaurant in Phnom Penh. Dario Viero the owner, was a butcher in Uruguay and his father owned a restaurant in the capital Montevideo, Dario then followed in his father’s footsteps and was eventually cooking in his own barbecue place. This then lead to a move to the northern Spanish city of Orviedo where Dario ran the kitchen of a large and busy restaurant, he tells me one of the best things about his small, family restaurant here in Phnom Penh, is a lot less stress. 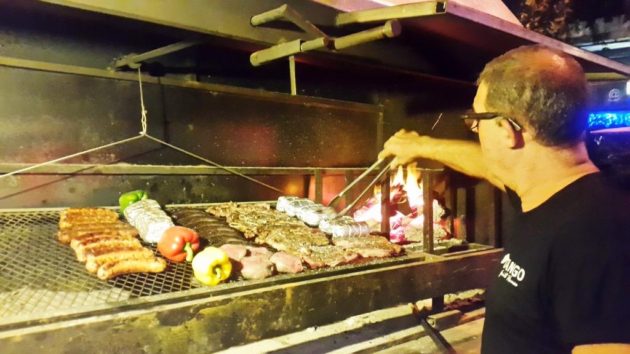 The restaurant is a small shop house on Street 118 down near the river. With a small bar, (3 stools) and a couple of tables inside, there is also seating for about 16 people in the covered area out front, the ambience is humble, the décor sparse. Furniture is simple, mostly made of recycled timbers giving it a rustic charm. Sitting out on the front edge of the pavement is the large metal cabinet on wheels that is the famous Uruguayan Parilla, or grill for cooking the asado, barbecue dishes which include beefsteaks, offal, sausages, chicken, stuffed peppers and more.

The parilla is Dario’s territory whilst out back his son Gabriel, who is also a chef, looks after the kitchen preparing salads, sides and most impressively the long, rectangular pizzas that turn out to be some of the best I have ever enjoyed in Cambodia. 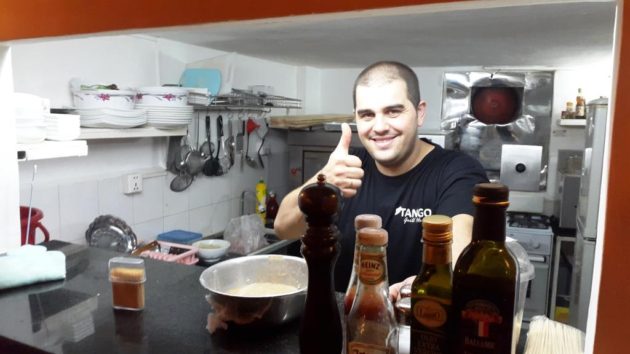 Italians have a rich and colourful history in Uruguay and make up a large percentage of the cosmopolitan population. The first Italians arrived into the Spanish and Portuguese colonies of South America in the 16th century; many of them came from Genoa on the northwest Italian coast and worked in commercial shipping. These were later joined by Piedmontese, Neapolitan, Sicilian and Venetians.

The first settler in Montevideo was an Italian, Giorgio Borghese, who modified his name to the more Spanish sounding Jorge Burgues, by the time the constitution of Uruguay was adopted in 1830, there were thousands of Italian-Uruguayans living in the capital.

Many immigrants were followers of the Italian general and nationalist, Giuseppe Garibaldi who was living there in exile. During the Uruguayan civil wars he took command of the Uruguayan fleet and raised a legion of Italian soldiers, at one point defending Montevideo during the eight year siege by Manuel Oribe’s Blancos.

At the end of the Second World War, there was another wave of Italian immigration who made significant contributions to Uruguayan architecture and gastronomy. By 1976 almost half of the Uruguayan population was descended from Italy and five of the country’s presidents have been of Italian descent.

We ordered a half a meter long pepperoni pizza, electing not to take the full one meter option. When Gabriel’s wife brings us the rectangular slab I am immediately impressed, the crust is thick and doughy with great crunch, it is superb, the cheese is thick, tasty and stringy and the pepperoni fresh and spicy, it may just be my ‘best in town’ and I already want to go back for more. There are ten different pizza options ranging from $8 to $20 for the half meters and full meter options from $15 to $38, (note the top priced pizza involves Serrano ham and goats cheese). 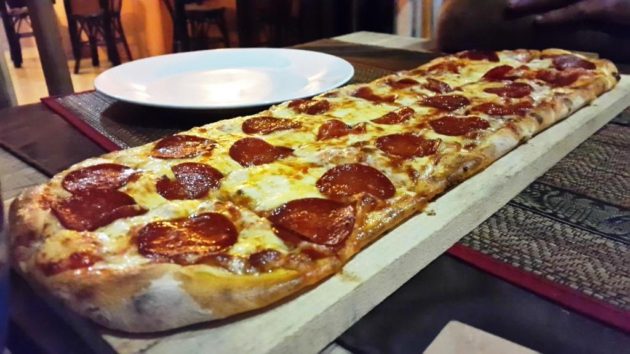 Then it is Dario’s turn at the parilla, he prepares for us a sirloin steak and a stuffed red capsicum, (pepper) which contains cheese and chimichurri.  The parilla is like a large school locker tipped on its side and placed on a frame with legs. A flume and chimney has been set on top and a wood fire is lit at one end at the bottom. Coals are scraped from the fire along the bottom of the parilla and a grill plate suspended from a chain can be raised or lowered to regulate cooking temperature.

The beef is Australian as there is no Uruguayan beef available in Cambodia, my sirloin is expertly seasoned and very tasty, whilst the stuffed pepper is amazing and the chimmichurri verde just perfect.  We wash it all down with a delicious, fruity Argentinian Malbec and chat well into the night.

The menu is quite extensive and the quality is very good based on two visits; it is not cheap but it is very good value. I found the whole dinner dance at Tango very enjoyable, good food, charming family, nice vino tinto and fine company on a hot autumn night in the Penh. What more could an old carnivore hope for? 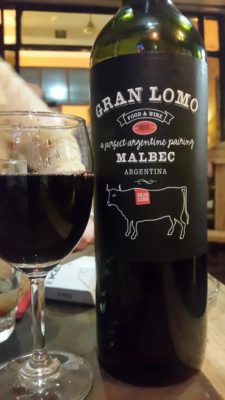