A somewhat innocuous looking number the number 22, ‘Two Little Ducks’ as it is known in bingo halls. The Number 22 London bus takes you from Putney Common to Piccadilly Circus and in Pokemon Go, level 22 yields 10 Ultra Balls, 10 Hyper Potions, 10 Revives and 10 Razz Berrys, although I have no idea what any of that means.

In sport, the length of a cricket pitch is 22 yards and in American football, Australian Football and Soccer the number of players on the field or in the playing squad is 22. Pop starlet, Taylor Swift had a hit song named 22 whilst rapper Jay Z, (Mr. Beyonce), released a song named ‘22 Two’s’, in which he rhymes the words: too, to, and two, 22 times in the first verse. 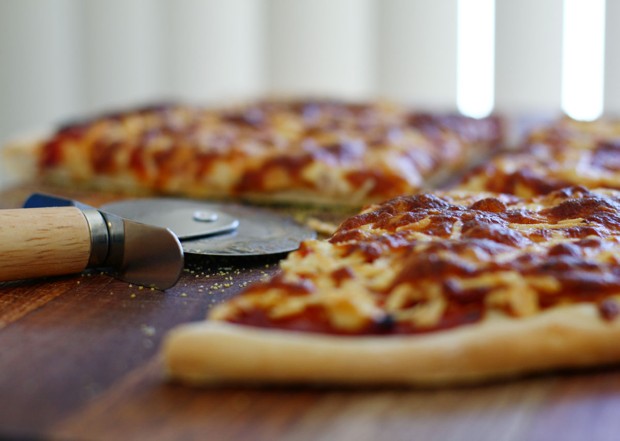 In numerology 22 is considered one of three master numbers and is said to be the most powerful of all. Some believe that those with a Life Path number 22 have great spiritual understanding, and ability to apply knowledge in a practical way and achieve enormous success.

22 is the Atomic Number for titanium, in mathematics 22 is a central polygonal number, in Lazy Caterer’s Sequence only six cuts of the pizza can yield 22 pieces, if you do it just right.

There are 22 letters in the Hebrew Alphabet and 22 paths in the Kabbalistic Tree of Life. There are 22 Tarot cards with allegorical subjects and Occult decks have 22 cards known as Major Arcana. 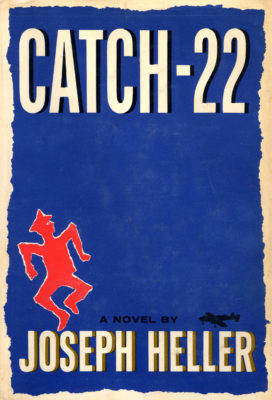 In 1953 Joseph Heller began writing his satirical book ‘Catch 22’, it was released in 1961. The title is the name given to the pivotal plot device in the novel:  during WW2, people who were crazy were not obliged to fly missions however; anyone who applied to stop flying was showing a rational concern for his safety and was therefore considered sane enough to fly. The phrase ‘catch 22’ has since entered the English language and represents a double blind or a ‘no win’ situation.

Thomas Fournier was a young man walking along the side of the road one day into the village nearby, a driver pulled over to ask directions and, since Thomas was heading in the same direction he offered to jump in and show the way. I have few details of what happened next, soon after the car left the road, the driver somehow survived, young Thomas did not. Thomas was born on the 22nd day of November, 1981.

It has been said that no parent should have to live longer than their children, it is just too damned painful. It was many years ago, perhaps time removes some of the sharpness of that pain but the dull ache is relentless. Winemaker Claude Fournier lives with that ache, we have talked about it but, I never press him for details, it is hard emotional territory to navigate. Sometimes, in a quiet moment Claude will just bring it up, it obviously helps to talk about it now and again.

Domaine Fournier is one of the most important wineries in Sancerre, a region most famous today for its Sauvignon Blanc, which is ideally suited to the gravel, chalk, schist, flint, limestone and Kimmeridgian marl in the ground. The area is part of the Paris basin that runs from the chalk hills of Chablis to the White Cliffs of Dover, ancient seabed that gives the wines an incredibly vibrant structure and minerality.

Before the Phylloxera louse all but wiped the region’s vineyards out and necessitated widespread replanting, Pinot Noir was the grape of choice and it is still the red wine of the region today.

In exceptional vintages Claude Fournier selects his finest barrels of Pinot Noir and bottles the wine as a dedication to Thomas, the label simply reads, ‘No. 22’. I am often overwhelmed with emotion whenever I have the rare privilege to drink it with him, as I did last Friday evening on his most recent visit to Cambodia. 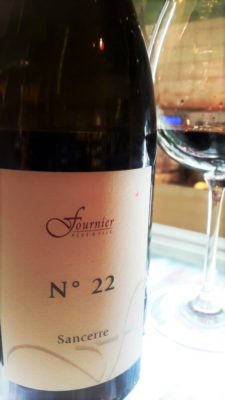 Here is surely a wine to invoke poetry: after a lifetime in wine I can attest that there are a few rare, almost spiritual, vinous experiences where the wine in your glass is so much more than merely the wine in your glass, an evocation, a portal, an examination, something between haiku and Tolstoy, a Nietzschean abyss that stares back at you. The No. 22 is all of this and so much more, a touch on the heart, a sonnet an opus. Attributed to Pliny the Elder is the famous saying ‘in vino, veritas’, which translates as ‘in wine, truth’. I would humbly add, in some wines there is Zen, poetry, philosophy, family, life and history -all evolved like some sort of organoleptic Hegelian synthesis.

There are more stoic notes here about flavour, texture and structure: The aromas are like the floor of a forest in Autumn, rotting leaves, damp earth, game, truffle, spices, cherry liqueur and smoky oak. On the palate there is an initial burst of juicy cherry fruit which gives way to umami characters of soy and mushroom with game notes some tertiary, evolved characters, pan juices, roasted spices and sweaty saddle leather.

The finish is typical of the region, clean, fresh and with understated yet persistent minerality, like sucking on a pebble from a cold, mountain stream. The richness and intrigue of the fruit only moments before, lingering like a fond memory, drawing you back in for more.