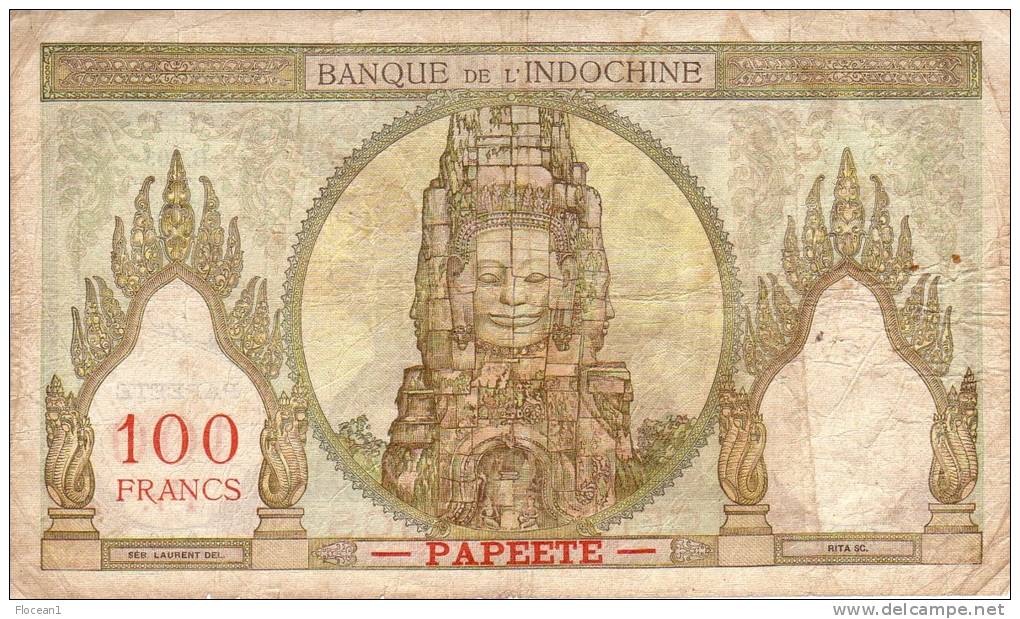 Today, (14th July) the people of France celebrate their National Day, named ‘La Fete Nationale’, it is perhaps better known around the world as ‘Bastille Day’, commemorating the storming of the Bastille on the 14th July 1789.

This was an important event in the early phase of the French revolution, which saw the country overthrow the Ancien Regime to become a republic. The original Fete de la Federation was held on the 14th of July, 1790 as a celebration of the unity of the nation and almost a century later in 1880, an act of parliament passed into law that the 14th of July was from then on to be an annual, national holiday. 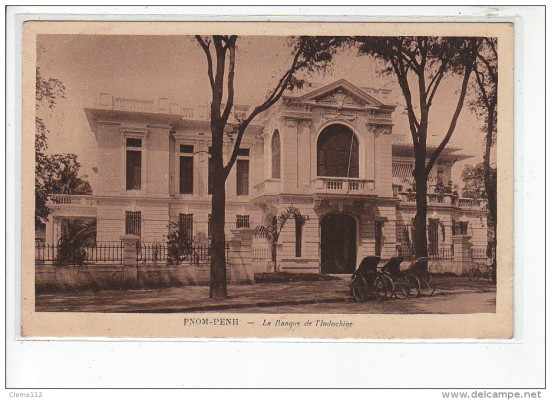 Thirteen years prior in 1867, the French protectorate of Cambodia was formed as part of the French Colonial Empire in Southeast Asia. It was established during the reign of King Norodom (1834 – 1904) and served to protect the country from the territorial ambitions of the neighbouring Siamese, who immediately renounced their claims to suzerainty over Cambodia. In 1887, the country was integrated into the union of French Indochina and remained so for the next 59 years. Cambodia was granted self-rule within the French Union in 1946 and had its protectorate status abolished three years later, officially gaining its full independence on the 9th of November 1953. It is now over sixty years since French influence receded from Cambodia. Having effectively had the run of the place for over eighty years, there remains a lasting impression on the urban landscape, an indelible mark that can still be seen in everyday life. From baguettes and coffee in the street, to the wide open boulevards and grand old buildings of the belle époque, with a little imagination and a great deal of nostalgia, one can firmly recall a time when the city was known as the ‘Paris of the East’. 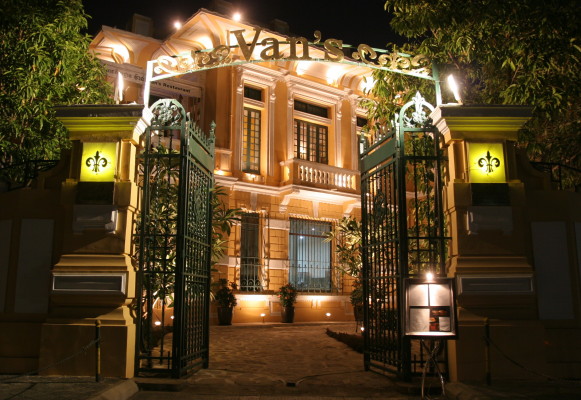 The ‘place de la Poste’ in the old French quarter of Phnom Penh incorporates the grand colonial structures around the square in front of the Post Office building. The area features the old Commissariat, (in need of repair) and building which originally housed the Manolis Hotel, where eventual French government minister for cultural affairs, Henri Malraux, was held under house arrest. At the age of 22 Malraux had been caught attempting to steal a bas-relief from Banteay Srei temple, was tried and found guilty. 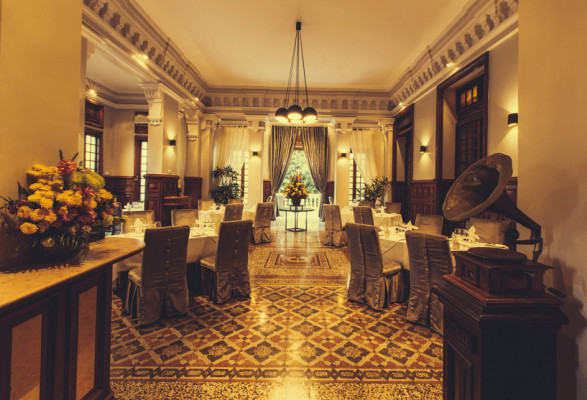 You will also find an exquisite mansion that was originally built 150 years ago to house the ‘Banque d’Indochine’.  In 1965 the property was purchased by of one of Cambodia’s earliest industrialists, Van Thuan, who had managed to amass a small fortune as an owner of the Chip Tong sandal factory.

The Van family lived in the house until they were forced to flee the country at the outbreak of the civil war in 1970. Once peace and stability had finally returned to Cambodia the Van family were able to return and negotiate the re-purchase of their family home from the government. It fell to Van Thuan’s youngest daughters, Porleng to restore her childhood home to its former glory. It was a labour of love for Ms Van who went to great lengths to preserve and restore the original wood work, the exquisite tiles and even the old vaults that once housed the kingdom’s gold reserves.

The building is now worthy of its status as a national treasure and a functioning, historical Cambodian monument. Van’s French fine dining restaurant was opened for business in 2007 and dining in the restaurant one cannot fail to be caught up in the grandeur, majesty and nostalgia of the building itself. 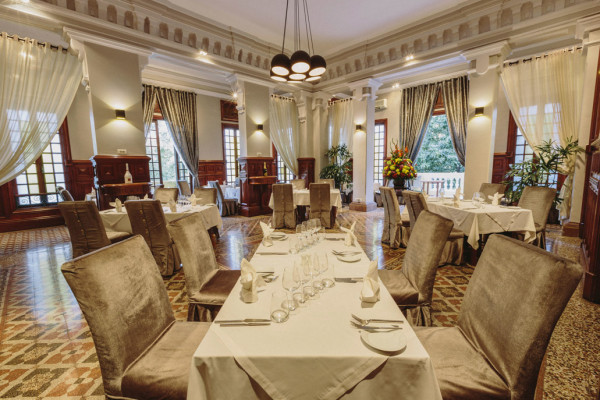 With a grand dining room, private rooms, a terrace and a rooftop Champagne bar overlooking the old quarter, Van’s is a Phnom Penh hospitality experience not to be missed.

The very talented French chef at Van’s is Nicolas Malherbe, who spent several years perfecting his trade at the world famous, two-Michelin-star restaurant, L’Astor in Paris, under the auspices of world renowned chef Joel Robuchon. Having enjoyed stints in the Caribbean, United States and Siem Reap, Nicolas took over the kitchen at Van’s in 2009 and it is fair to say that both he and the restaurant have never looked back. 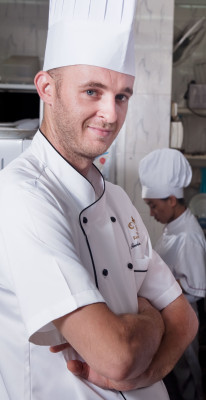 Chef combines classic French fine dining dishes and technique with contemporary and internationalist accents, displaying the experience, sensitivity and talent he has gained on his culinary journey. Van’s has recently decided to open for breakfast; the very thought of such indulgence, a decadent breakfast in a grand palace- was just too tempting to resist.

How fortunate we are to live in South East Asia where last year I could attend a performance of Verdi’s ‘Requiem’ at the Hanoi Opera House for a mere USD $25 for the best seats in the house and I can indulge in a breakfast in one of Cambodia’s finest restaurants in one of its grandest houses for just USD $6, that’s right I said “Six American Dollars”, which will get you one dish and one juice or coffee. Truly a magnificent offer but, of course I was never going to be able to stop at just one. 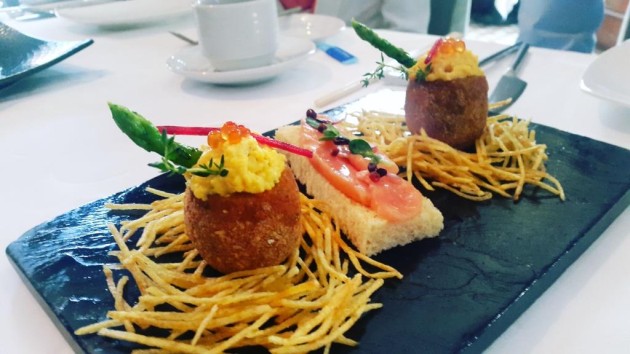 I managed to sample a scrambled duck egg dish in an edible shell, this delicious concoction came on a nest of straw crisps and a soldier of smoked salmon on toast. I was not able to determine just what the eggshell consisted of, let alone how it was done and was informed that it would remain the chef’s secret.

The Eggs Benedict was more of an eggs Florentine, with wilted spinach, bacon a perfectly poached egg and an impeccable hollandaise sauce. An excellent dish nonetheless.

There is a selection of traditional Khmer breakfast items, Borbor rice soup and several noodle based options. The seafood Kuyteav, (rice noodle soup) was fresh and delicious with a very good broth.

Finally, there was a delightful slice of toast with Parma Ham accompanied by poached quail eggs and Mediterranean style vegetables, rocket, asparagus and parmesan cheese which was truly delicious. 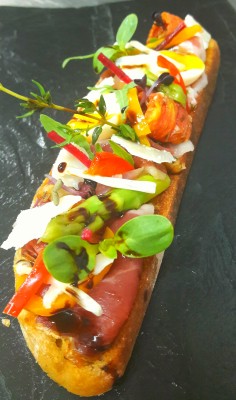 The quality of the food and the imagination and variety of the breakfast menu really is all exceptionally good; I thoroughly enjoyed everything I was able to try. The $6 breakfast option is an incredible deal but, with food this good it will no doubt have you wanting more and I think Vans can bet the entire bank of Indochina on just that. 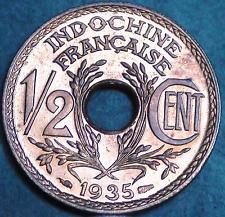