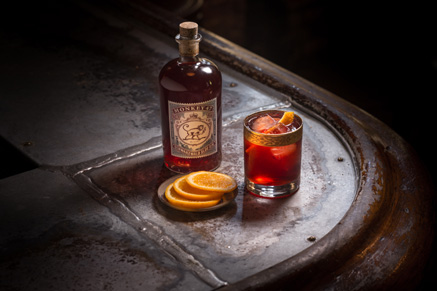 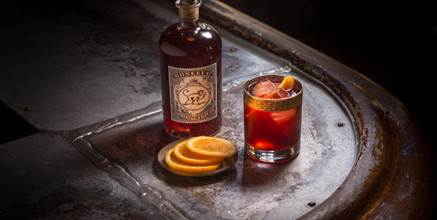 The bitter and twisted Negroni has somehow become the trendiest cocktail of the decade, with Conde Nast Traveler magazine suggesting it is to New Millennials what the Cosmopolitan was to Yuppies way back in the last decade of the last century. In fact, the Negroni it is so trendy right now it should have its own theatre rider, a PR Agent and an opium habit. It already has its own biography with author Gary Regan releasing his book ‘The Negroni: Drinking to La Dolce Vita’ just last year.

The Negroni’s popularity is well and truly alive in the Kingdom of Wonder where it has become something of a specialty in Phnom Penh bars like The Library in Bassac Lane, Chinese House, Bar Sito, Oskar and Est Bar. Then of course there is the legendary barrel-aged Negroni at the Elephant bar in Le Royal hotel, where I suspect Thomas Bianco daubs a little behind each ear every morning, before anointing guests at his pantheon to gin of an evening.

Legend has it that the Negroni was invented at Cafe Casoni in Florence, Italy sometime during 1919. Count Camillo Negroni asked bartender Forsco Scarselli, to strengthen his favourite cocktail, the Americano by adding gin instead of soda. Scarselli added an orange garnish, rather than the usual lemon and before too long everyone was coming into the bar asking for the ‘Negroni’ cocktail. 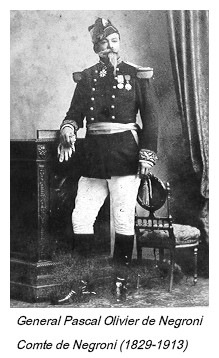 The story goes that Count Camillo Negroni had travelled across the United States, which gave him a taste for American style cocktails and had also lived in England, which had given him a taste for gin. The Negroni family was quick to take advantage of the cocktail’s success, founding the Negroni Distillery in 1919, in Treviso, Italy, where they soon launched a ready-made version of the drink, sold as Antico Negroni.

Although it should be noted that a Corsican line of the Negroni family hotly contests this version of events, along with another story that it was invented much earlier in Senegal. The commonly used picture of Count Negroni, tall, top hatted with a well waxed moustache is however, a case of mistaken identity and has been proven to be a picture of Arnold Savage Landor, (1865–1924) – a famous English painter, explorer, writer, anthropologist and cat lover who was born and educated in Florence, Italy. 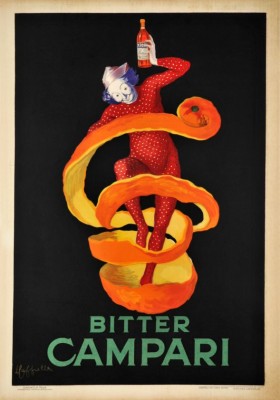 The Negroni is a combination of equal parts, (35 ml) Campari, sweet rosso vermouth (preferably Storico Cocchi Vermouth di Torino) and quality gin with a generous slice of orange peel to garnish. Add the Campari, vermouth and gin to a large tumbler half-filled with ice and stir to combine. Rub the orange peel around the rim of the glass and then squeeze the across an open flame to release a burst of flaming essential oil across the surface of the drink.

Be aware but not alarmed, the Negroni should come with its own warning label, it is after all a combination of three alcoholic beverages with nothing to dilute its potency. One of the earliest reports of the drink came from Orson Welles in correspondence with the Coshocton Tribune whilst working in Rome filming Cagliostro in 1947. Describing the Negroni he reported, “The bitters are excellent for your liver, the gin is bad for you. They balance each other.” 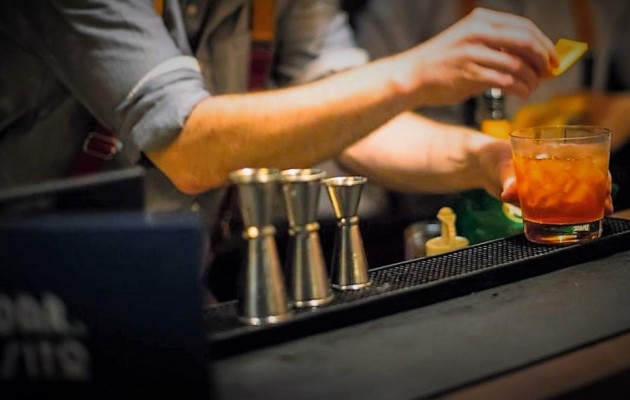 Celebrity chef, author and media host Anthony Bourdain, a self-confessed Negroni fan, recently demonstrated the making of a Negroni on television. “One of its many benefits, in addition to it being delicious, appetite-building before a meal, stomach-settling after a meal, incredibly dangerously powerful, is that it’s ridiculously easy to make; pretty much any chimpanzee could make this drink,” he announced, adding; “I don’t like any of these things by themselves, but together, oh yes, it’s a satanic delicious broth from hell.”

The triumvirate bitter perfection that is a flawless Negroni offers up floral aromatics, an exquisite, defining bitterness and little mid palate eddies of medicinal, candied fruits.

Now, I love a good Negroni as much as anyone but to paraphrase Raymond Chandler “I’m an occasional drinker, the kind of guy who goes out for one Negroni and wakes up in Singapore with a full beard.” Cin Cin! 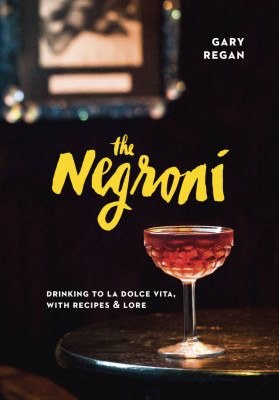