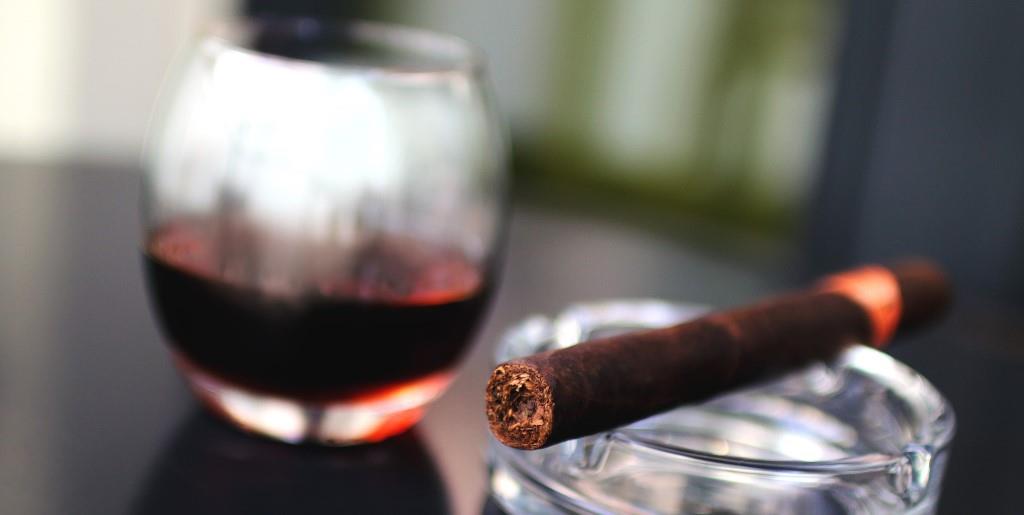 Captivated by the golden era of British film, when gentleman would retire to the library for port and cigars, I eagerly accepted an invitation to La Casa del Habano for an evening pairing various port wines with a selection of fine Cubanos.

My head was filled with visions of Sidney Greenstreet, resplendent in velvet smoking jacket and fez, a fat Churchill in one hand and a sipper of vintage port in other as I headed toward the uber-cool, smoke atelier tucked under a Bodhi tree on the banks of the Mekong river. 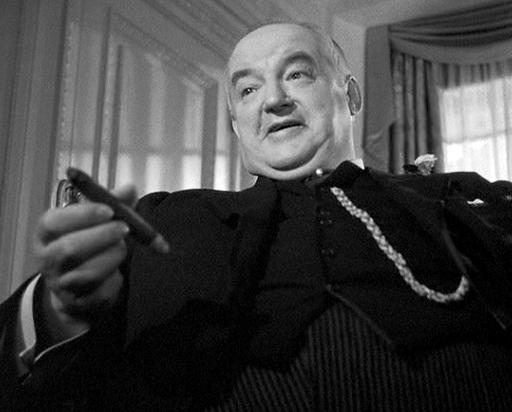 La Casa is the official habanos distributor in Cambodia; habanos, (which means ‘from Havana’) is the marketing and distribution arm of the Cuban government’s state tobacco monopoly, Empresa Cubana del Tabaco, formed in 1962 by Fidel Castro’s revolutionary socialist government.

Cigar Aficionado, Guillaume Boudin is the purveyor, owner and operator of this studio apartment sized cigar store, which offers the finest Cuban cigars, kept in immaculate condition. The storage temperature is always kept between 16 and 22 degrees Celsius, and humidity between 65 and 75 percent, ideal for the preservation of quality cigars, which improve with age when stored correctly.

Along with his exceptional cigars, Guillaume also offers a fine smoking lounge with a well-stocked bar. The bar has an excellent range of Cuban rums, Scotch whisky, cognac, armagnac and fortified wine, accompanied by the ambient sounds of Bebop and Latino music. 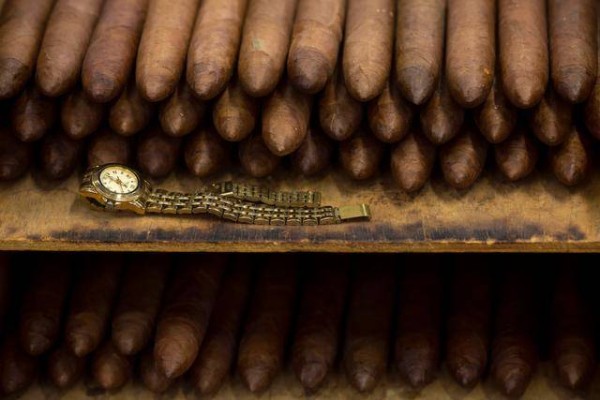 Fortified winemaking is a very old fashioned and traditional way of making wine that predates temperature control and other modern winemaking techniques. With the addition of strong alcohol such as brandy or a neutral spirit to preserve the wine, the yeast is stopped dead in its tracks and the fermentation ceases, leaving residual sugars in the wine. Once the wines have been fortified with alcohol they usually have exceptional ageing potential. 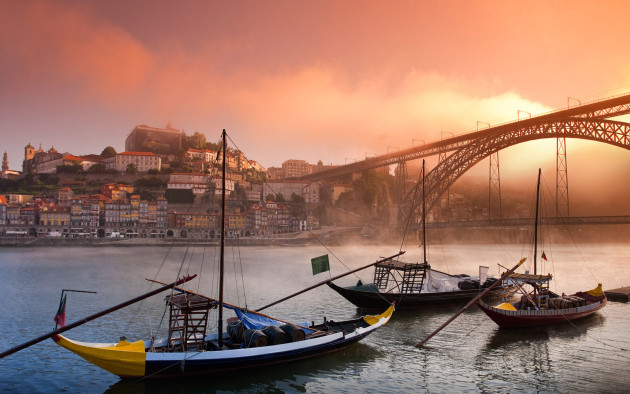 The most famous fortified wine in the world is port, which comes from the Douro Valley in the northern provinces of Portugal, the name Port comes from the 17th century when the seaport of Porto at the mouth of the Douro River was where most of the wine came to market for export around Europe. The region was defined as a protected appellation in 1756, making it the third oldest protected wine region in the world behind Chianti, (1716) and Tokaj, (1730).

The Douro Valley in Portugal has an ideal climate for the cultivation the thick skinned types of grapes ideal for making port wine. The area is well known for the famous quintas, (farms) which cling to the almost vertical slopes that drop down to the river.

Whilst there are over a hundred varieties of grapes (castas) sanctioned for use in making port, only five are widely used: Tinta Barroca, Tinta Cão, Tinta Roriz (Tempranillo), Touriga Francesa, and Touriga

Nacional with the latter considered the most desirable. White ports are produced the same way as red ports, except that they use white grapes—Donzelinho Branco, Esgana-Cão, Folgasão, Gouveio, Malvasia Fina, Rabigato and Viosinho. Port wine can be either aged in wooden casks which give the wine an oxidative aged character or in sealed glass demijohns, known locally as bon-bons, which create ‘reductive’ aged characters in the wine.

Ports are usually blends of several varieties and several vintages, Ruby ports are the least expensive and tend to have a more reductive character, retaining bright, fruity notes. Some older rubies are released as Reserve Ruby port.

Tawny ports are barrel matured ports comprising various blends and ages, when a tawny port is labelled as a ten or twenty year old etc. this is an indicative figure not a vintage year.

Vintage port is made entirely from the grapes of a ‘Declared Vintage’ year and account for just two percent of overall port production. Only the best years are declared a Vintage in the Douro.

Late Bottled Vintage Port is port that has been matured for a longer period prior to bottling. 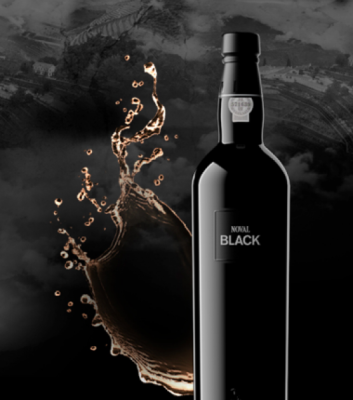 For the tasting we had a port spritzer, a tawny port and a white port from the very excellent producer, of Quinta de Noval, one of the world’s great wineries, paired with three exceptional Cuban cigars from Romeo y Juliet, Ramon Allendes and Royo de Monterrey.

Guillaume prepared a Noval Black, a ruby reserve style port with a touch of lime juice and some tonic water and in a lather of monsoonal humidity, it was a refreshing and delightful way to start, the Cigar-man had my attention.

Next up was a Quinta de Noval Tawny Port that showed some nice aged characters of rancio, raisins, prune, pudding and mixed peel spices.

The wines pair well with cigars but can also be matched to certain cheeses like Stilton and rich, often chocolate based desserts. 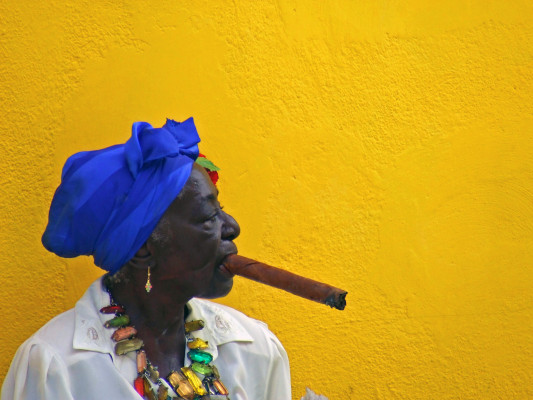 “You must choose between me and your cigar.”

OPEN the old cigar-box, get me a Cuba stout,

For things are running crossways, and Maggie and I are out.

We quarrelled about Havanas—we fought o’er a good cheroot,

And I know she is exacting, and she says I am a brute.

Open the old cigar-box—let me consider a space;

In the soft blue veil of the vapour musing on Maggie’s face.

Maggie is pretty to look at—Maggie’s a loving lass,

But the prettiest cheeks must wrinkle, the truest of loves must pass.

There’s peace in a Laranaga, there’s calm in a Henry Clay;

Thrown away for another as perfect and ripe and brown—

But I could not throw away Maggie for fear o’ the talk o’ the town!

Maggie, my wife at fifty—grey and dour and old—

With never another Maggie to purchase for love or gold!

And the light of Days that have Been the dark of the Days that Are,

And Love’s torch stinking and stale, like the butt of a dead cigar—

With never a new one to light tho’ it’s charred and black to the socket!

Open the old cigar-box—let me consider a while.

Here is a mild Manilla—there is a wifely smile.

Which is the better portion—bondage bought with a ring,

Or a harem of dusky beauties fifty tied in a string?

And never a one of the fifty to sneer at a rival bride?

Thought in the early morning, solace in time of woes,

Peace in the hush of the twilight, balm ere my eyelids close,

This will the fifty give me, asking nought in return,

With only a Suttee’s passion—to do their duty and burn.

This will the fifty give me. When they are spent and dead,

Five times other fifties shall be my servants instead.

The furrows of far-off Java, the isles of the Spanish Main,

When they hear my harem is empty will send me my brides again.

I will take no heed to their raiment, nor food for their mouths withal,

I will scent ’em with best vanilla, with tea will I temper their hides,

And the Moor and the Mormon shall envy who read of the tale of my brides.

And I have been servant of Love for barely a twelvemonth clear,

But I have been Priest of Cabanas a matter of seven year;

Of stumps that I burned to Friendship and Pleasure and Work and Fight.

And I turn my eyes to the future that Maggie and I must prove,

But the only light on the marshes is the Will-o’-the-Wisp of Love.

Will it see me safe through my journey or leave me bogged in the mire?

Since a puff of tobacco can cloud it, shall I follow the fitful fire?

Old friends, and who is Maggie that I should abandon you?

A million surplus Maggies are willing to bear the yoke;

And a woman is only a woman, but a good Cigar is a Smoke.

If Maggie will have no rival, I’ll have no Maggie for Spouse!