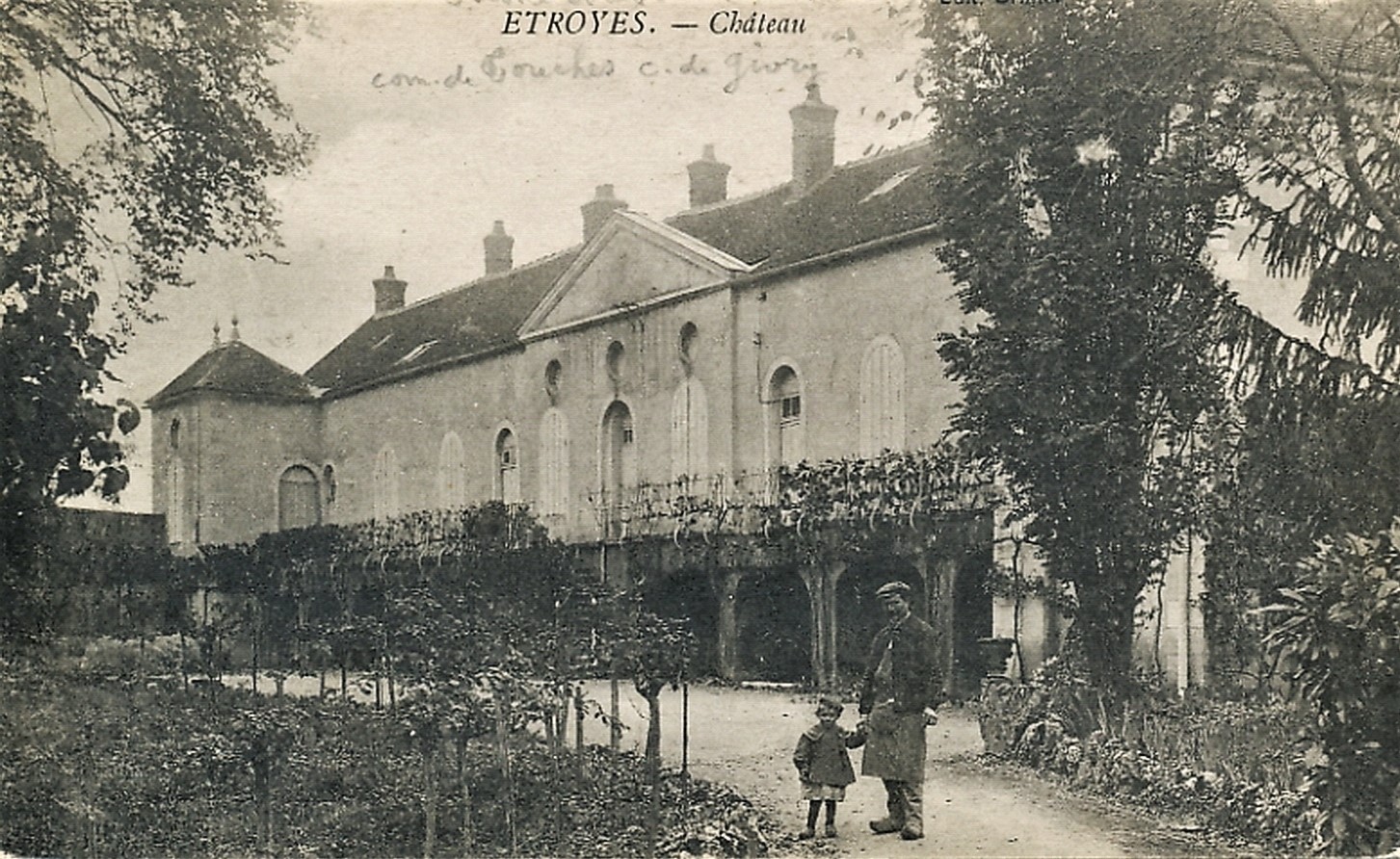 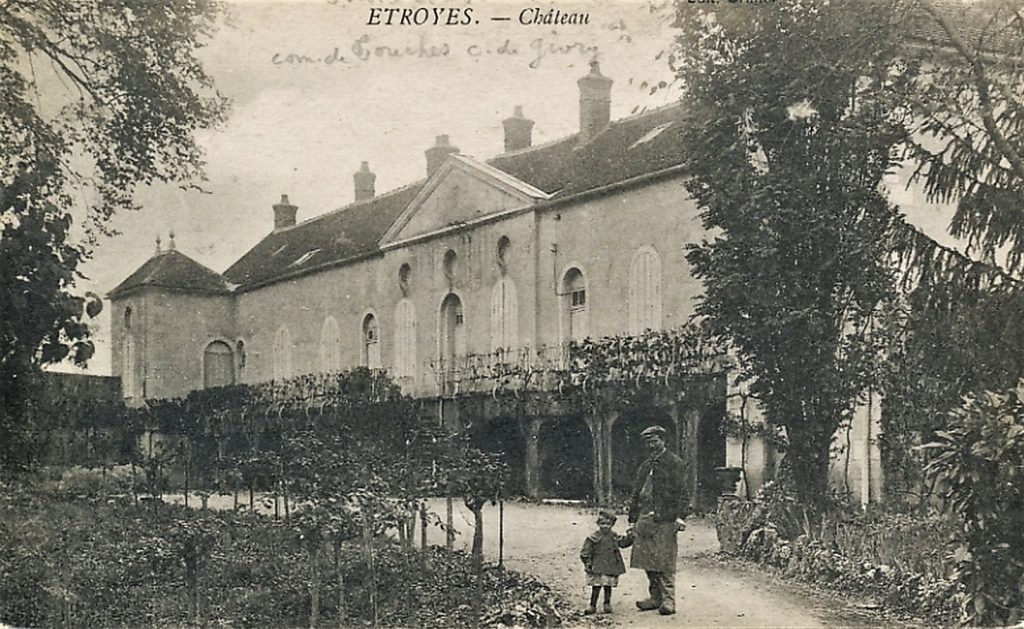 The village of Mercurey was an important trading post for the Romans in the days of Empire. Set along the Arles-Lyon section of the Via Agrippa trade network -built during the reign of the Roman emperor Octavian, (Caesar Augustus) ruler from 27BCE until 14AD.

According to historical documents, the Romans built a temple here, in honour of Mercurey, (Mercurius) the patron god of commerce, eloquence, poetry, divination, travelers, boundaries, luck, trickery and thieves. At one time, Mercury was the most popular of all gods with the Gauls: favoured as the god of abundance and commercial success. Yet Mercury also has a dark side, it is Mercury who will transport Morpheus into your dreams and it is Mercury who will guide your soul down into its darkest depths. 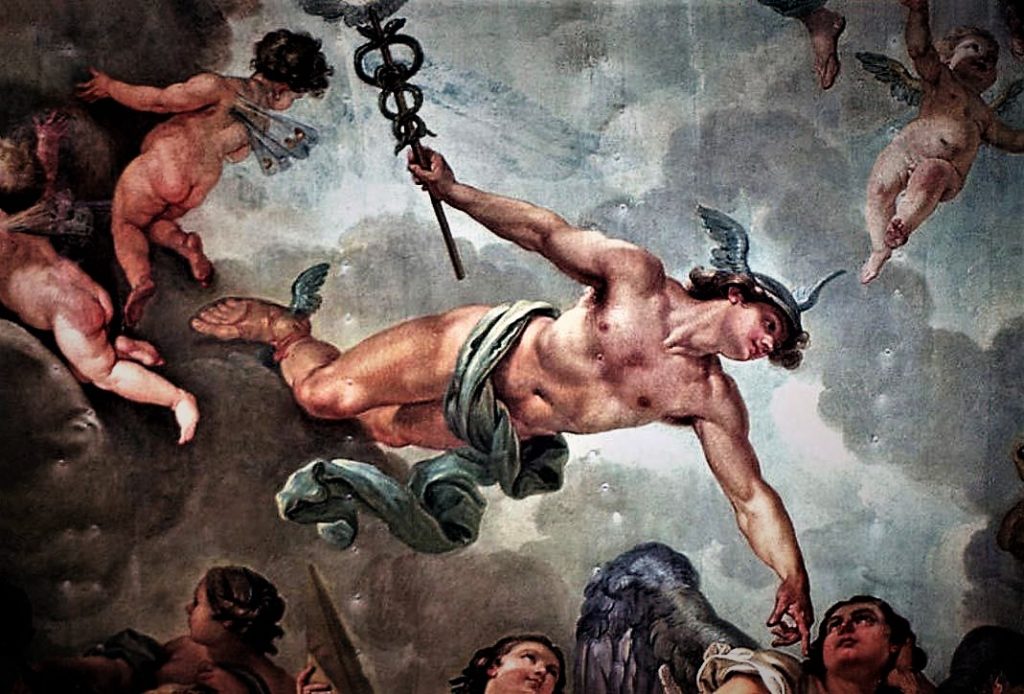 Mercurey resembles a typical Burgundian wine village, set in a hilly landscape, the slopes abundant with grapevines first cultivated by the Romans. The Appellation d’origine controlee, (AOC) Mercurey was created in 1936 and may be used with the red grape Pinot Noir and the white grape Chardonnay as varieties; red wine dominates the region at almost 90 per cent of total production. There are 32 Premier Cru vineyards within the Mercurey AOC.

Mercurey red wines are generally deeper in color, more fruit-driven, and fuller-bodied than those of the other Chalonnaise communes. This is a result of both the excellent terroir and a more quality-driven approach to the appellation laws.

The Protheau family oversaw the old cellar at Chateau d’Etroyes for 300 years, the estate covers 50 hectares in the appellations of Mercurey and Rully and includes 10 Premier Crus in five different climats. Such longevity is rare in Burgundy, the family acquired the property in 1720, when almost all other vineyards in the area were owned by monasteries, who had been farming them for centuries.

During the French Revolution, (1789, 1799) the ‘Assembly’ confiscated all church property; religious orders, and monasteries were dissolved with monks and nuns ordered to return to private life. Church land, (including vineyards) was auctioned off to raise capital, with the buyers being merchants and traders, most of whom had never owned or farmed land. As independent winemakers and negociants in the first place, the Protheau family avoided this fate and their vineyards and winery remained in family hands.

In March of 2018, the property was sold to a group of investors, under the Vis Vires Capital Asia investment group. At the head of this group is Mr. Ravi Viswanathan, a French citizen whose parents were born in Pondicherry, India before they moved to France in 1962. 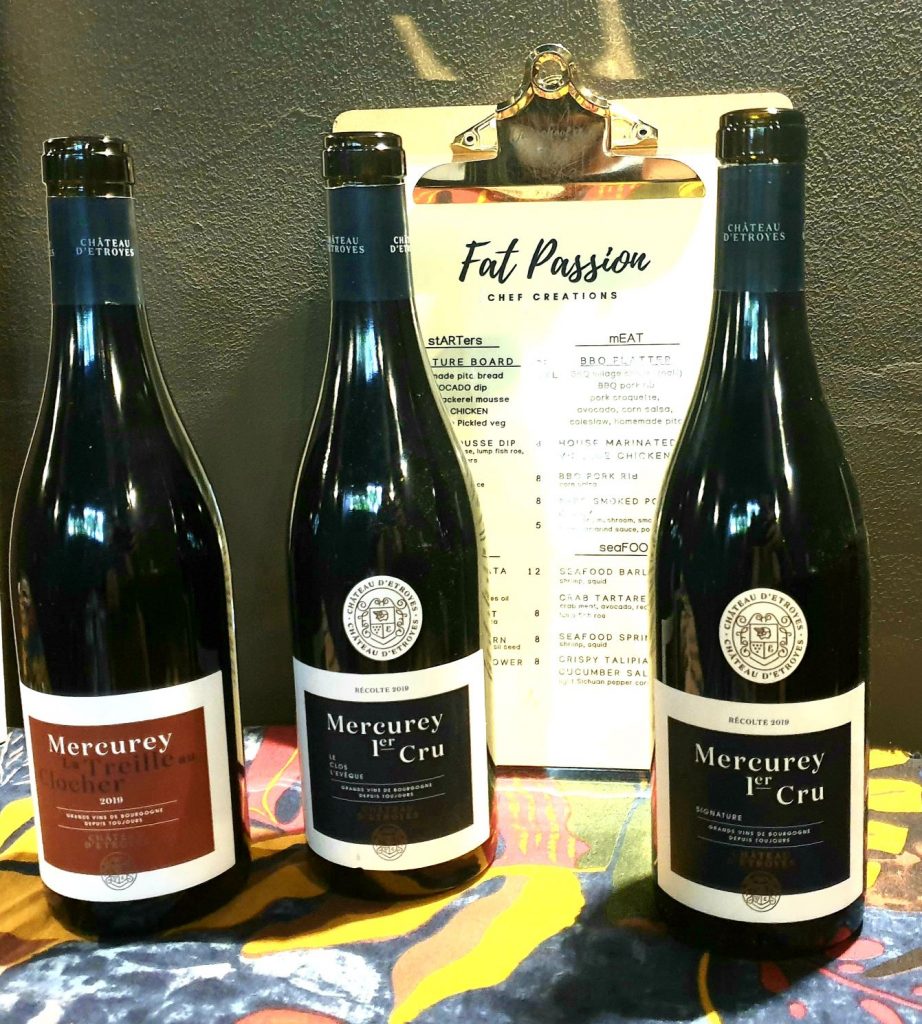 Ravi Viswanathan has a long history of investment banking and has worked with companies such as the research department of Banque Indosuez, (owned by France’s Credit Agricole group), Mitsubishi Finance International in London, Banque AIG, and Credit Agricole Lazard Financial Products, another London-based investment bank.

He moved to Singapore in 2000, establishing Vis Vires Capital Asia in 2011. Along with Chateau d’Etroyes in Burgundy, Viswanathan is also one of the largest investors and therefore producers of wine in India. Ravi is quoted as saying he discovered Indian wines on a business trip in the 1990’s and decided they were ‘not too bad’; he is now the chairman of Grover Zampa Vineyards in India, the country’s second-largest wine producer. 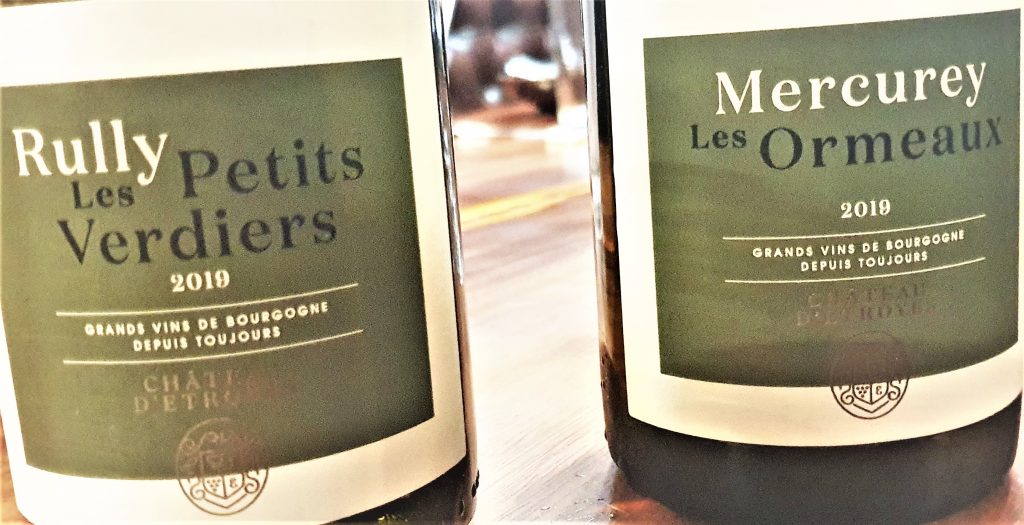 In 2011, Ravi Viswanathan inadvertently announced himself to the wine world when he paid 30,000 Euros at auction for a 170-year-old bottle of Veuve Clicquot Champagne, he stated that it was to give to his wife Julia on the occasion of their tenth wedding anniversary. The champagne was part of a treasure collection of 145 bottles, found by divers in a 19th-century shipwreck in the Baltic Sea. The ship was bound for St. Petersburg, Russia, and the precious cargo meant for Tsar, Nicholas I.

Ravi’s vision for Chateau d’Etroyes is focused and clear, with investment in new equipment and a push to organic viticulture -undertaking an HVE (High Environmental Value) certification process. The highest level of attention is paid to fruit selection in the vineyard and on the sorting table in the winery, a winery driven to produce wines of exceptional quality and rare beauty.

These are exciting times, with Ravi and his partners breathing new chi and a new positivity into the winery and the region alike. As prices for the finest wines of the Cote d’Or soar, reaching unattainable prices for many; the very best wines of Mercurey and Rully are becoming more viable and popular options for wine lovers all over the world. 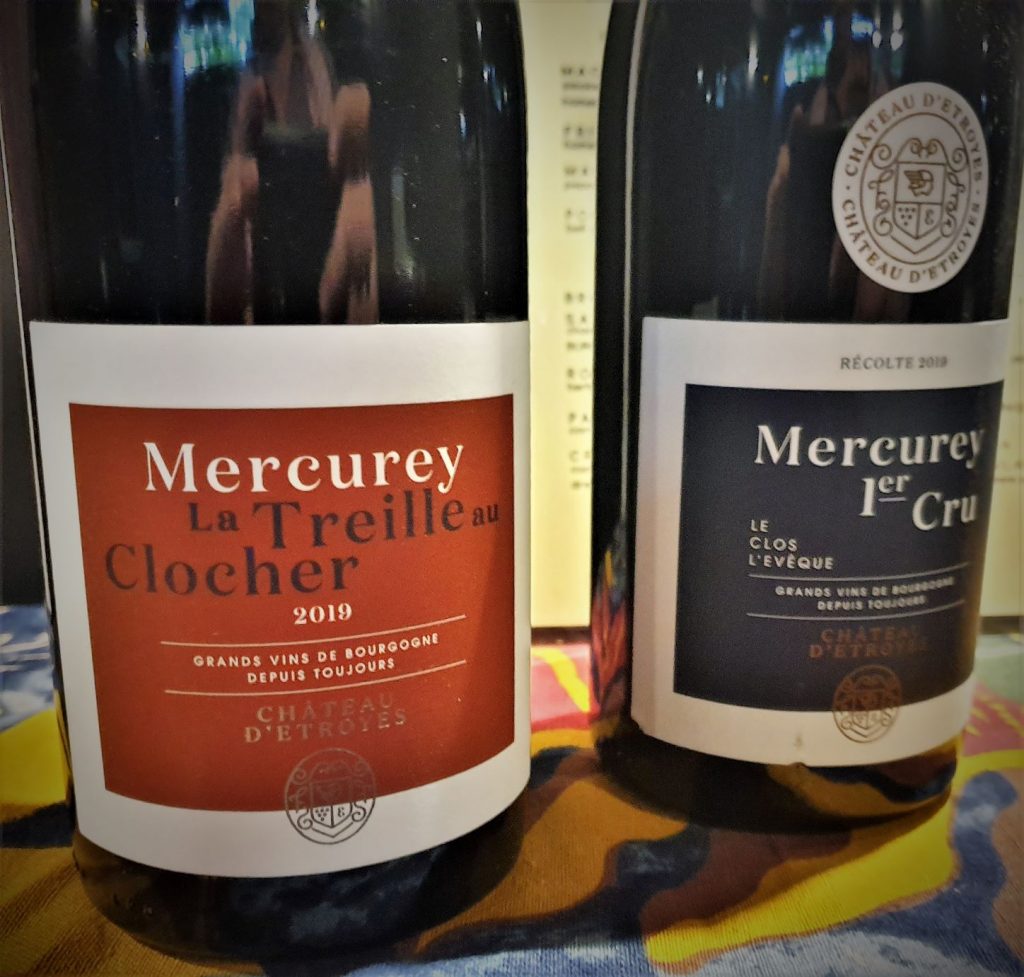 A warmer year that produced rich, ripe berries and -somewhat surprisingly given the conditions- a combination of smaller yields and exceptional acid retention. This augured well for some exceptional wines, leaving 2019 to be described by several prominent critics as a ‘small but brilliant vintage’. 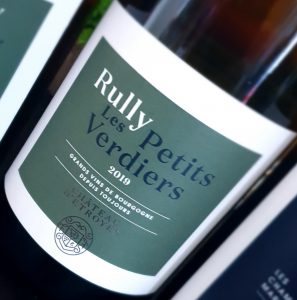 Rully is at the northern end of the Côte Chalonnaise region of Burgundy. Its white wines are produced exclusively from Chardonnay. The Village of Rully sits to the east of the limestone ridge named ‘La Montagne de la Folie’, which translates as ‘Mountain of Madness’. The ridge is effectively a southern extension of the Côte de Beaune escarpment, its northern tip just five kilometers from the famed, Chassagne Montrachet. Rully’s best wines offer exceptional value and affordable access to some truly great Chardonnay wines.

Light lemon in colour with an animated, lime-rind halo. Aromas of lemon pie-crust, white flowers, oak spice, vanilla and a little hazelnut, butterscotch. The wine is elegant, with understated citrus, grapefruit and green fig expressions on the palate; the entry is creamy yet graceful, the fruit wrapped in a delightful minerality with fine, chalk-like acidity on the finish. A very classy and impressive Rully, clean and refined, with tension and restraint, its rapier-like acidity sheathed in a very fine silk tapestry. 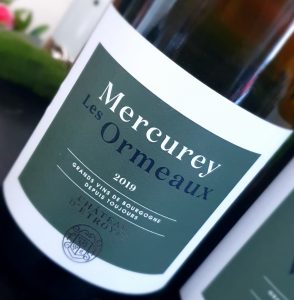 Pale lemon in colour with Rich aromas of white peach, apricot, granola and chamomile. The palate offers juicy, ripe fruit flavours of white peach and tropical fruits, given further complexity by subtle oak nuances of buttered toast, hazelnut and floral spices. The wine shows great texture and fruit expressions through the entire palate, very even with wonderful length. The acidity is persistent, with minerals dancing on the back of the palate offering a crisp, clean finish.

A very expressive Chardonnay with lovely richness and great depth all kept in balance by vibrant acidity, subtle oak and lees stirring, (battonage) which adds delightful complexity. The name Les Ormeaux, (The Abalones) gives some hint to the limestone soils in the vineyard, the palate profile confirms it. 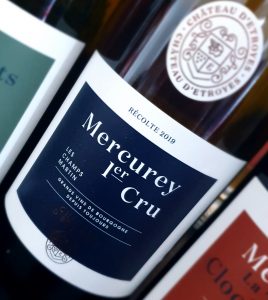 The vineyard lies in the western half of a band of Premiers Cru that covers the mostly south-facing hillside north of Mercurey. Its slope runs from the edge of the town up to the forest that caps the hill to its north.

It has the Premiers Cru vineyards of Les Combins covering its western border and Clos des Barraults to its east. The Chardonnay is planted on the upper section of the lieu-dit, where there is some darker colored marlstone. The soils predominantly the classic clay and limestone with a heavy ferrous influence in the clay.

Pale straw in colour, with aromas of cut hay, wild honey, mango, flint, and a touch of gunsmoke. The palate shows a wine with an attractive presence on the palate and an enticing depth of flavour; there are notes of roasted almond, Braeburn apple, vanilla and charry oak, with oak and floral spices. The back palate finishes with assertive minerality and a hint of volatile acidity. This is a bone dry, oak matured, spice sprinkled Chardonnay that maintains a level of finesse, bringing structure and balance to tame the underlying power of the fruit from Mr. Martin’s Field. 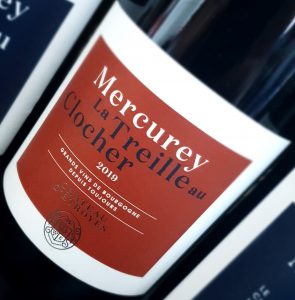 Dark in colour with aromas of truffle and king-oyster mushroom, coffee grinds and spices, all the nuances of a damp forest floor in Autumn. The palate shows a dry wine with expansive flavour, dark plum with hints of almond and dark chocolate. The acidity is vibrant and fine, the tannins furry and assertive. The trellised vines of the bell tower exhibit an enchanting peal of Pinot Noir and terroir. 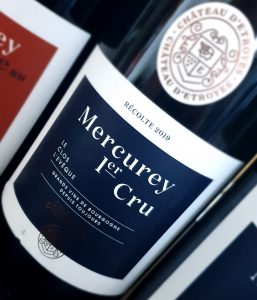 The Clos l’Évêque has long been considered one of the best vineyards in Mercurey, especially since the 18th century when it belonged to the Diocese of Chalon-sur-Saône and the wines were used for the bishop’s reception, for which only the absolute finest wines qualified. The soils here are clay and limestone, with a liberal scattering of small pebbles providing adequate drainage for the vines.

The wine is dark in colour with aromas of plum, forest berries, star anise and cocoa, the palate shows exceptional depth and seductive, alluring fruit: rich, ripe flavours of satsuma plum and wild cherries along with hints of musk and five-spice. The tannins are fine, the acidity vibrant, giving balance to the fruit, texture, and mouthfeel. The wine displays exceptional length, the spiced-plum fruit a lingering aftertaste. 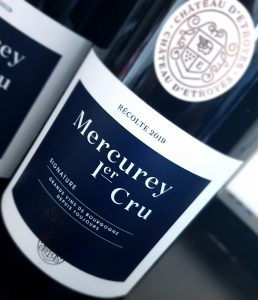 The ‘Signature’ is a blend of the best barrels from each of the Premier Cru vineyards of the Château. The wine has an attractive and complex bouquet showing Morello cherry, candied raspberry, musk, and oak spice. The palate is rich in primary fruit, with ripe cherry wrapped in fine tannins and assertive, mineral-like acidity. This is a rich, fruit-driven Pinot Noir, with layers of complexity and structure, a wine that will benefit from a few more years in the cellar. 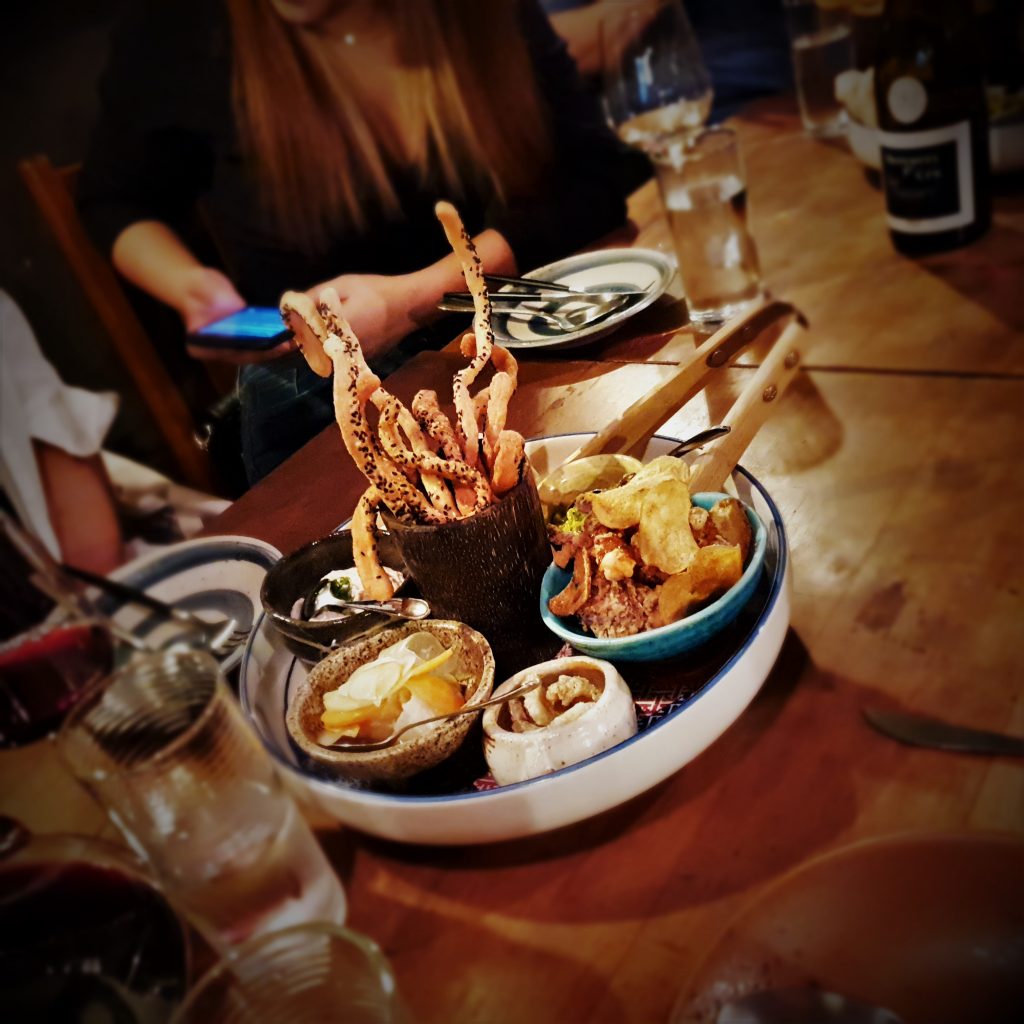 All wines were tried in one sitting, firstly on their own and then with food at the magnificent Fat Passion restaurant of Crystal and Jorge Chen, in Phnom Penh, Cambodia.

Overall, I found the wines of Chateau d’Etroyes to be highly enjoyable expressions of vintage, variety and terroir; with attractive, clean fruit that has appreciable levels of depth and ripeness. The winemaking showed finesse, with a graceful balance between fruit, texture, and structure.

The 2019 vintage marks only the second harvest for the new owners of this esteemed Chateau, already they have managed to stamp themselves as a winery to watch in coming years.

All wines are priced somewhere between USD$22 and USD$65 and are available online, direct from the winery. 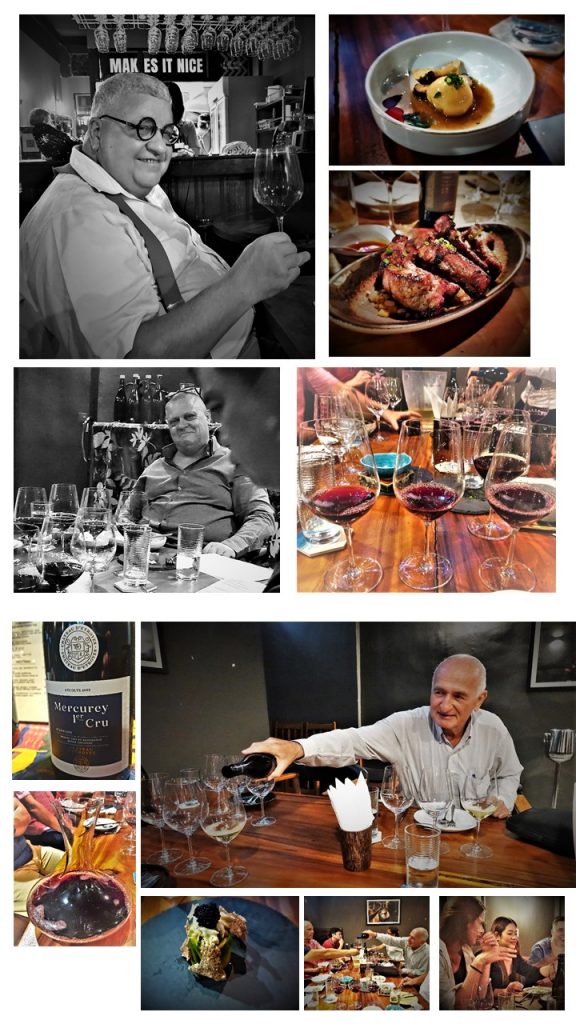