India is bathed in light right now, the 30th of October sees the commencement of Diwali, The festival of light, a time when Hindus, Jains and Sikhs on the sub-continent and the Indian diaspora throughout the globe celebrate the victory of light over darkness, knowledge over ignorance, good over evil and hope over despair. It is a time to be optimistic, a time when magic happens and anything is possible. 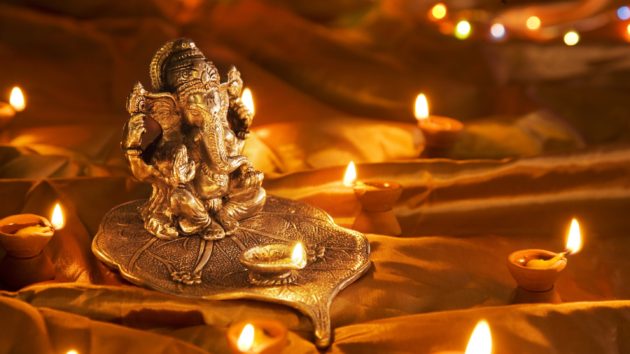 For the devout it is one of the happiest times of the year and in the culinary world of fine dining, Indian cuisine is enjoying a very happy moment in the bright shiny lights of international fame. Chef Gaggan Anand’s modern, molecular, Indian restaurant in Bangkok Thailand has just been named the number one restaurant in the annual San Pellegrino Asia’s Top 50 Restaurants List, arguably the most prestigious list outside the Michelin. Gaggan has taken Indian cuisine to a whole new level and is now the 23rd best restaurant on the planet according to the 2016, San Pellegrino Top 50 restaurants in the World List.

With all this in mind it was time to bathe in a little of that light, it was time for a spice fix in the Penh, time to commune with the lion. When the urge for a good north Indian curry takes you in you in Phnom Penh it is best to head to Sher e Punjab, (Lion of Punjab) where for the past 14 years they have been serving up some of the best Indian cuisine in the capital, fresh, clean and incredibly inexpensive. 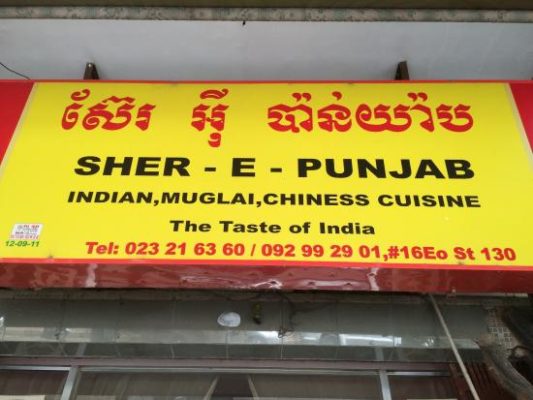 Lala Lajpat Rai was a national hero in the India of the British Raj, a man who fought bravely for Indian independence from British rule and a man who sacrificed much for his people. He was submitted to a brutal baton charge at the hands of the British police on the 30th of October 1928, seriously wounded he raised himself up before the crowd and vowed that the blows he took that day would be like nails in the coffin of British rule over India. He never recovered and died eighteen days later. Lala Lajpat Rai is known as ‘The Lion of Punjab’ and is well remembered by his people even today.

The Lion Capital of Ashoka is a sculpture of four Asiatic lions standing back to back, on an elaborate base that includes other animals. A graphic representation of it was adopted as the official Emblem of India in 1950. The wheel on the capital, below the lions, is the model for the one in the flag of India. 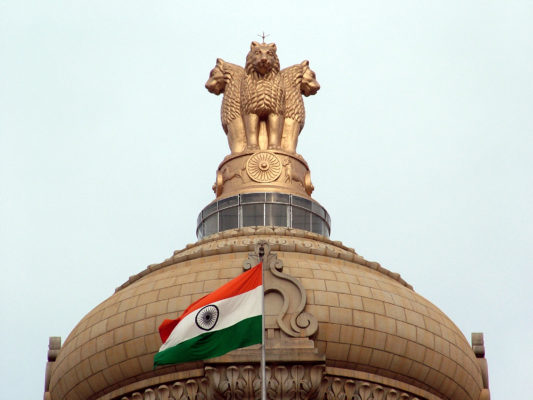 It was originally placed atop the Aśoka pillar at the important Buddhist site of Sarnath by the Emperor Ashoka, in about 250 BCE. The pillar, sometimes called the Aśoka Column, is still in its original location, but the Lion Capital is now in the Sarnath Museum, in the state of Uttar Pradesh, India.

The small, shop house restaurant in Phnom Penh bearing the name of the ‘Lion of Punjab’ advertises on the sign out front that it serves Indian, Mughlai and Chinese cuisine and there are around 200 different dishes on the menu. A polite, good natured inquiry as to whether any Chinese actually come here and order the Chinese food is met with a warm hearted and genuine laugh, no they don’t but there is an Indian version of Chinese cuisine that Indian regulars like to come and enjoy from time to time, it appears to be a selection of vegetarian and protein based dishes cooked with ginger, chilli and garlic.

Mughlai cuisine is an ancient Persian, Indian fusion from the time of the Mughal Empire, (1526-1857). Today it is still extremely popular around Uttar Pradesh and Delhi. Perhaps its most well-known dishes are the biryani and Pilaf rice variations as well as kebabs and kofta meatballs. It is also worth noting that all of the food served at Sher e Punjab is halal.

The Indian cuisine on the menu is largely northern and in particular Punjabi as the name suggests. Punjabi cuisine has a rich tradition in India, perhaps most famously the ubiquitous Tandoor oven as we know it comes for this part of the world and one who is considered a master Tandoor chef is one who has great respect in the Indian culinary community. 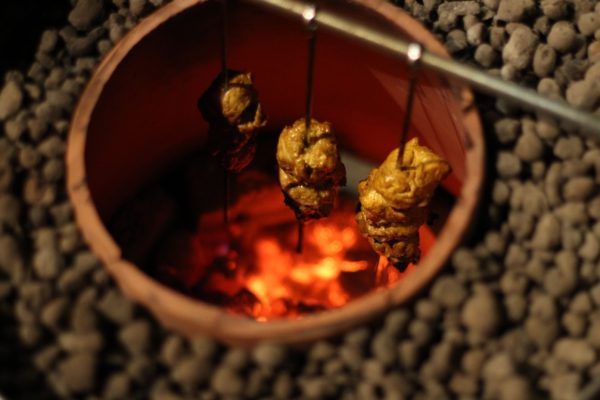 The tandoor is a cylindrical clay or metal oven used in cooking, the heat was traditionally generated by a charcoal or wood fire, burning within the tandoor itself and exposing the food to live flame, radiant heat cooking, and hot-air, convection cooking whilst also smoking by the fat and food juices that dripped onto the charcoal. Temperatures in a tandoor can approach 480 °C and it is common for tandoor ovens to remain lit for long periods to maintain the high cooking temperature.

All of the main courses and curries on the menu seem to range from $3 to $6, it’s hard to spend $20 per person here and manage to finish all your food.

The Tandoori Chicken is exceptional, the marinade of yogurt, spicy tandoori masala, Cayenne pepper, red chillies and turmeric is complex and spicy without too much heat, and the meat itself is juicy, tender and absolutely delicious. The Palak Paneer is all creamy spinach and fresh, handmade paneer cheese; it is an essay in texture, all smooth velvet and subtle flavours.

The saffron rice is exceptionally good, long grain basmati cooked in a saffron water with some large cardamom pods it is fragrant, perfectly cooked so it is not too soft and soggy and with subtle, enchanting flavour.

Our garlic naan is served straight from the tandoor, hot, crusty and with fresh chopped garlic and butter, if only they had some mango chutney to go with it, it is a very good leavened bread and delightful with a curry. 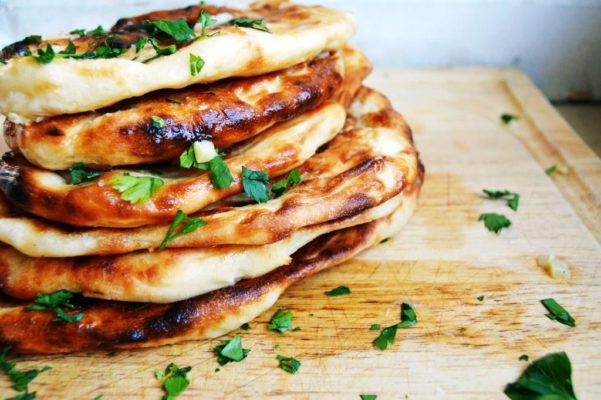 The Pièce de résistance is the Rogan Josh, the aromatic Lamb curry of Persian origin that is one of the signature dishes of Kashmiri cuisine and a Moghul classic. The term Rogan Josh actually means, ‘cooked in oil at intense heat’ here the lamb is fresh, juicy and tender whilst the gravy of onions, garlic, ginger, mild chillies, clove, cardamom and cinnamon is vibrant, aromatic and invigorating. This is a special dish, one of the culinary world’s great and historic recipes and here, of outstanding quality, if you could only ever try one Indian dish this is what it should be. When it comes to Indian food in Cambodia, the Lion of Punjab is the pride of Phnom Penh. 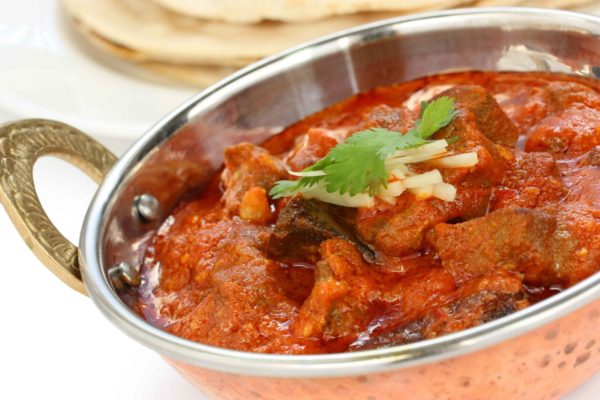