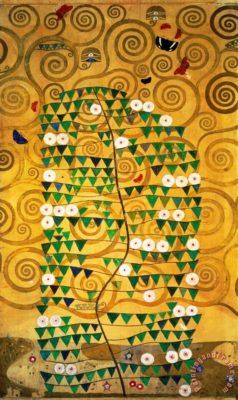 In the foothills of the Zemplen Mountains, some 240 kilometers north east of Budapest in Hungary, at the confluence of the Bordrog and Tisza Rivers is the ancient wine region of Tokaj, a United Nations World Cultural Heritage Site that produces one of the truly unique and remarkable wines of the world.

The famous wine of Tokaji lays claim to being the world’s oldest sweet wine, from a region (Tokaj) that is said to be the oldest official appellation in history. In 1737 a decree by Charles III, King of Hungary established the area as a bounded wine region, it has also been stated throughout history that the Rakoczi family set out a previous grading of the finest vineyards across 28 villages into Great First Growths, First Growths, Second Growths and Third Growths. This was several decades before the classification of Port in Portugal and over a century before the 1855 classification of Bordeaux.

The unique combination of topography, environment and climate in Tokaj, its volcanic soils, wetlands, the nearby oak forests and the micro-climate create perfect conditions for the occurrence and spread of the noble rot, (a necrotrophic fruit fungus seen as a gray mold) known as botrytis cinerea, which draws the water from the grapes, shriveling the berries and leaving then heavy with flavours and sugars whilst also preserving natural acidity.

To receive the Tokaji designation a wine can only contain the 6 native varieties: Furmint, (the most widely planted) Hárslevelü, Kabar, Kövérszölö, Zéta and Sárgamuskotály, (aka Muscat Blanc). The grapes affected by the Noble mold are called Aszú berries; they are carefully separated from the rest of the grapes for use in Tokaji production. 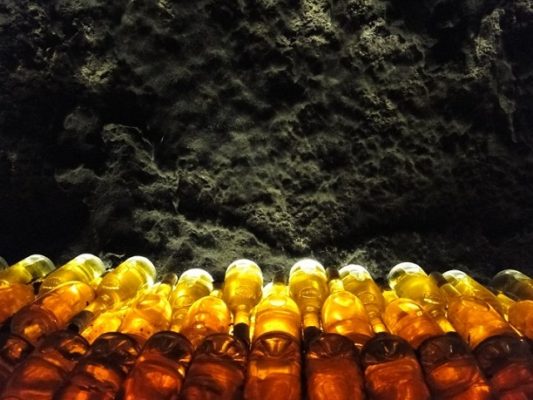 Sugars in Tokaji wines reach extraordinary concentrations yet they retain a clean, crisp finish making them distinctive and inimitable. Tokaji Eszencia takes these concentrations to a whole new level again, one of the rarest and most unique sweet wines in the world today, it is like honey or syrup in texture and it has been said that it was often served from a large tablespoon instead of a glass.

Aszu berries were traditionally collected in wooden baskets called puttony and then added by the basket to non botrytized grape must, the more Puttonyos added the sweeter the wine. This gave rise to the labeling of Tokaji Aszu as 3 to 6 puttonyos on the label. Eszencia is a wine made entirely of Aszú berries. The grape must is so sweet that it has a thick texture like syrup, making it difficult for yeasts to ferment the sugars into alcohol. It usually takes 4 to 5 years to fully ferment Eszencia which rarely ferment to over 3% Alcohol. 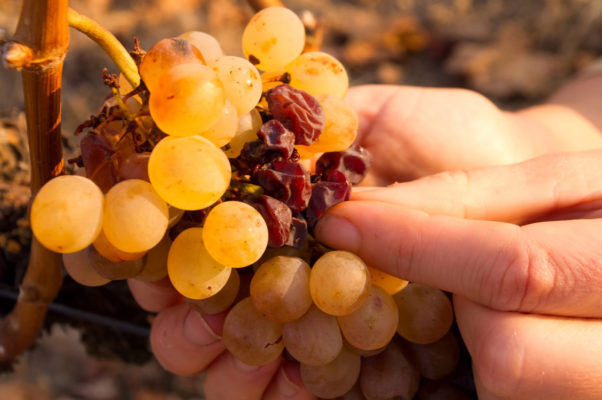 Since 2013, the term puttonyos has been technically abolished for Aszú wines as modern technology and not counting baskets is used to measure sugar levels in the wines. Wines labeled Tokaji Aszú are required to have a minimum of 120 grams/liter of sugar.

Producers often still use the phrase “6 Puttonyos” to signify an Aszú wine with 150+ grams/liter of sugar, but the rest will simply be labeled as Tokaji Aszú. Some may still label the wines as 3 or 4 puttonyos but this is now for marketing reasons only and they do not meet the minimum sweetness requirement to be Tokaji Aszú. 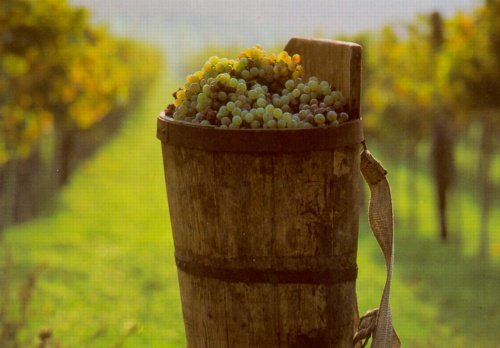 Eszencia is a wine on its own, with a minimum sweetness level of 450 grams/liter it is usually only produced in the very best years and have been known to age perfectly for over 200 years. So thivck and rich is Eszencia, it is often served in special spoons instead of glasses.

In 1703, Francis Rákóczi II, Prince of Transylvania, gave King Louis XIV of France some Tokaji wine from his Tokaji estate as a gift. The Tokaji wine then became a popular fixture at the French Royal court at Versailles. Delighted with the precious beverage, Louis XV of France offered a glass of Tokaji to Madame de Pompadour, referring to it as “Vinum Regum, Rex Vinorum” (“Wine of Kings, King of Wines”), the phrase is still used to market the wines today. 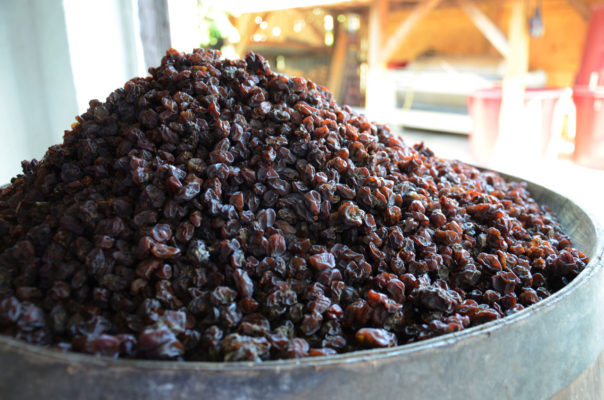 Emperor Franz Josef (who was also King of Hungary) had a tradition of sending Queen Victoria Tokaji Aszú wine, as a gift, every year on her birthday and Tokaji wine has received accolades from numerous great writers and composers throughout history including Beethoven, Liszt, Schubert, Goethe, Heinrich Heine, Friedrich von Schiller, Bram Stoker, Johann Strauss II, and Voltaire.

The composer Joseph Haydn’s favorite wine was Tokaji. Besides Louis XIV, several other European monarchs are known to have been fond of Tokaji wine. Louis XV and Frederick the Great tried to outdo one another when they treated guests with Tokaji. Napoleon III, the last Emperor of the French, ordered 30–40 barrels of Tokaji at the French Royal Court every year. 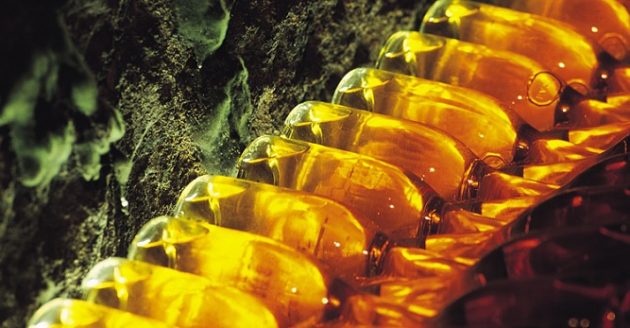 Gustav III, King of Sweden, loved Tokaji and it was said to be the only wine he would drink. In Russia, Peter the Great and Empress Elizabeth of Russia took regular purchase of the wine.

A newspaper account of the 1933 wedding of Polish president Ignacy Mościcki notes that toasts were made with 250-year-old wines, and goes on to say “The wine, if good, could only have been Essence of Tokay, and the centuries-old friendship between Poland and Hungary would seem to support this conclusion.”

The occult novel “Moonchild”, published in 1929 by the notorious Alistair Crowley, features a feast in Chapter IV with several rare wines, including ‘a Tokaji that really was Imperial’.

In Terry Gilliam’s film The Adventures of Baron Munchausen, the Baron and the Sultan make a wager over whether the Baron can obtain, from “the imperial cellars at Vienna,” a bottle of Tokaji superior to that proffered by the Sultan.

In Bram Stoker’s Dracula, Jonathan Harker is served a bottle of Tokay on his first night in Dracula’s castle. 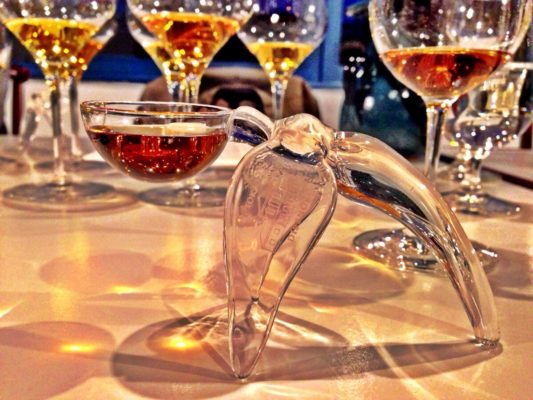 In Chapter Four of Sir Arthur Conan Doyle’s The Sign of the Four, Thaddeus Sholto offers Miss Morstan Chianti or Tokay, as the only two refreshments he had on hand.

In another Sherlock Holmes story, His Last Bow, the German spy Von Bork tells a confederate that “Altamont” (Holmes in disguise) had taken, “a fancy to my Tokay.” Later, Holmes offers Watson a glass, saying, “A remarkable wine, Watson. Our friend upon the sofa has assured me that it is from Franz Josef’s special cellar at the Schönbrunn Palace.” 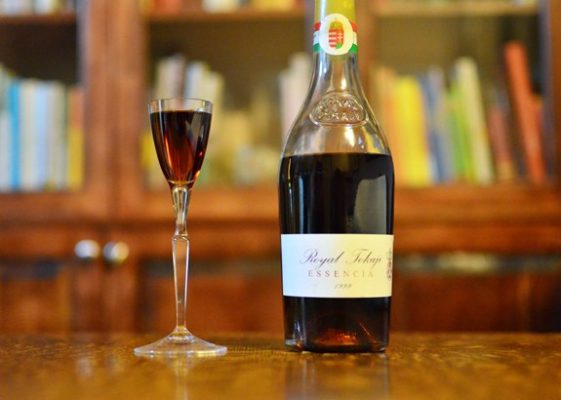 In Goethe’s Faust, in the scene in the Auerbach’s Cellar, Mephistopheles offers the other characters a choice of any one wine each, which he then produces by boring holes in the table with a corkscrew. Frosch wishes for Rhine wine, Brander for Champagne and Siebel wishes for a sweet wine, after which Mephistopheles chooses Tokaji for him. 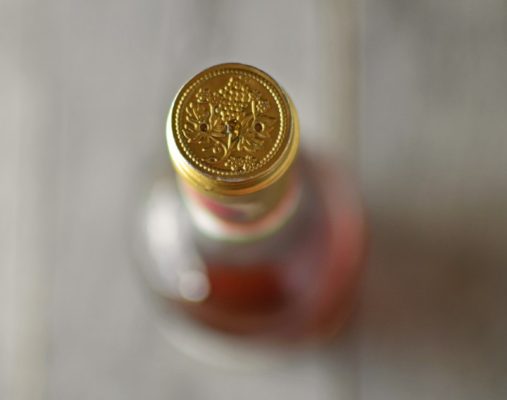 In 1920, following the fall of the Austro-Hungarian Empire, a small part of the Tokaj wine region (approx. 1.75 km²) became part of Czechoslovakia due to the Treaty of Trianon, while the rest remained part of Hungary. After World War II, when Hungary became a Soviet-influenced state, Tokaji production continued but the bottling and distribution were monopolized by the state and quality suffered. Since the collapse of the communist regimes in 1990, independent wineries have been established in the Tokaj wine region and a focus on quality and a return to greatness is apparent. 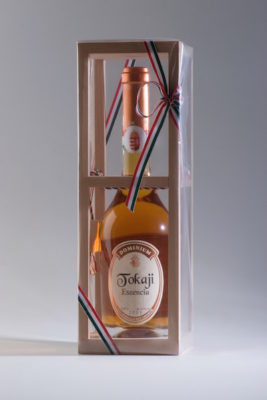 I was very fortunate to try a Pannon Winery, Dominion, 2005 Eszencia last week at the Camfood & Camhotel trade fair, which was remarkably on tasting at the Hungarian stand. I did wonder just how many people walked past the booth over the three days of the fair, without ever having understood what a rare and privileged opportunity to taste this was, in over a quarter of a century in the wine industry I have managed to drink it on only three previous occasions.

My notes: This 2005 Eszencia is incredibly lush, more nectar than juice, I am entranced as the thick syrupy gold liquid oozes from its bottle into my glass.  Aromas of orange peel, white flowers, white peach, apricots, sugar bananas and tinned fruit salad. The palate explodes with sweet apricot and peach characters leading to a hint of nuttiness and spice supported by fig jam and quince notes, finishing with exceptional, fine and piercing acidity, drink now or carefully cellar for the next 200 years or more! 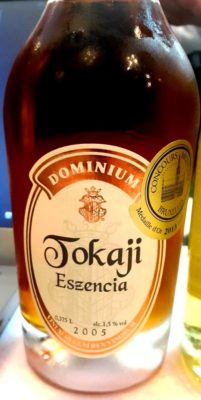