‘In ancient mythology, Cambodian people are said to have been born of the sea, created by a marriage amongst the gods.”

A new book by Darren Gall author of Urban Flavours and Cambodia’s most celebrated chef, Luu Meng. A Culinary adventure story set for release in early May 2016 and available through Monument Books and selected outlets. To secure a copy you may contact Ms. Roth on: [email protected]

Official Launch of the Book

by Darren Gall and Luu Meng 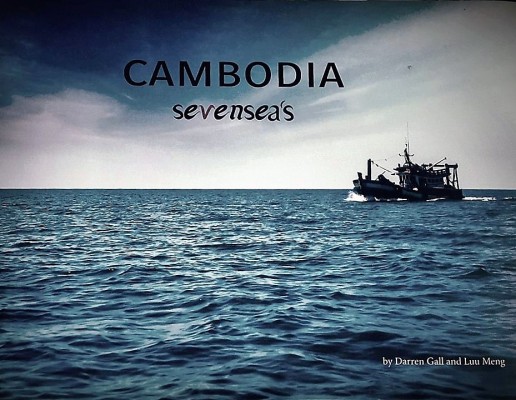 ‘In ancient mythology, Cambodian people are said to have been born of the sea, created by a marriage amongst the gods.

In Buddhist and Hindu legend the Naga were a mystical race who took a form similar to that of a Chinese Dragon or a king cobra, (with up to seven heads). They lived in a kingdom underneath the Pacific Ocean, thought to be somewhere near modern day Indonesia. Naga were said to have special powers which enabled them to take human form. When the daughter of the Naga King married another ancient ruler, the king drank from the waters around Cambodia to reveal the land and gave it to the couple as a gift on their wedding, thus was born the Khmer nation and from their union came the Khmer people.

The Naga represents the spirit, the land and the water of the Khmer, there is a well-known saying in Cambodia that simply states that, Khmer people are born from the Naga.’

Sevensea Restaurant is one of the most exciting culinary destinations in Cambodia, it is the latest vision and culinary concept of master chef Luu Meng, who is internationally recognized as Cambodia’s most eminent and celebrated chef. The restaurant sources only the finest and freshest seafood and the team of specially selected and highly skilled chefs, under the guidance of Master Chef Luu Meng, combine traditional, classical and contemporary cooking techniques to create some of the most exciting and exceptional seafood dishes in the entire region.

Whilst the restaurant was still under construction Luu Meng and his friend, the writer Darren Gall took a small band of handpicked chefs on a journey around Cambodia’s coastline, a journey of discovery in the kingdom of wonder.

The stories of their journey are retold in this book, the book is a love story, a love of the sea, of cooking seafood and a love for the people of Cambodia, especially those along the coastline, those born of the sea.

Firstly the name, I have been writing and copy-writing in Asia for over fifteen years. In this part of the world it is common to have variations on standard English, sometimes it is only a feeling that the owner of the words is trying to convey, accuracy and correctness are often sacrificed without a second thought. When Luu Meng and I first started talking about this book he had already registered the business name for his restaurant and, unable to register the correct English, (Seven Seas) he took the logical step of using the closest available option. So, as you can see I was stuck with it. I confess to being a little worried at first but, the variation has grown on me and so has the realization that it is so much more appropriate. To me,  now the name gives us more of the sense of place and life in Cambodia, perhaps after so many years I finally agree, its not about the accuracy its about the right feeling and it just feels right.

Cambodia is a country rushing headlong into urban growth and development, embracing change at a breathtaking pace. Why wouldn’t it? Cambodia today is a country with a young population connected to the world and eager to embrace all that it has to offer. A generation moving beyond the burden of a past that lives in the memories of their parents and grandparents, scars that are not theirs to bear; I can only wish them well.

I first travelled to this kingdom of wonder at the end of the last century and I have lived here for many years, it seems it is the place my soul identifies with as my home, a place that has worked its way into my heart, it is a place that I cherish.

I am thankful for the opportunity to write a book like this, getting to explore the country and especially its coastline and meet people who live there, leading simple and honest lives, people rich in character and strong in spirit. I met extraordinary individuals and families who were willing to smile and share a bit of their time and their home with me as, for the briefest of moments, I passed through their lives.

It has always seemed to me that as you leave the capital of Phnom Penh and travel outward from its radius, you undergo something of a coriolis effect, where you travel through time as well as space. Time begins to slow down, changes occurs more slowly, life’s pace is much gentler, until finally you reach areas where changes to daily life have occurred only in the subtlest of ways, over years, decades and perhaps even longer.

Here you will find people living off the land, in touch with nature and the environment around them, the cycles of the seasons, living off the fruits of their own labour. As you leave the choked traffic and choking dust of a developing city you soon begin to wonder, perhaps they are the ones who have got it right and are living the better lifestyles.

In this book I have traveled back in time to learn about Cambodia’s ancient and spiritual connections to the sea and with a group of inspired young chefs I have traveled the coastline of the country to learn from the people who live there about their lives and livelihoods and finally, I have traveled through the kitchens of Sevensea restaurant, through the experiences and ambitions of its chefs, exploring their philosophies and creativity, their passion for cooking and their desire to share it with the world.

Luu Meng is someone I have admired for many, many years; he is an inspiring individual, a man of great talent, discipline, ambition and determination. He works harder than just about anyone I know and is inclusive and generous. Meng’s dreams are for his industry, his country and for its people and I am very honored and proud to call him my friend.

I had been annoying Meng for several years to collaborate with me and let me write either about him or with him, I was delighted when he finally agreed. This is also a book about his passion, his vision and his innate understanding and empathy with his fellow countrymen, with the farmers and fisherman, the people of the land and the great confidence and ambition that he has for the chefs in his kitchen.

Like so much that has been achieved in the hospitality industry and kitchens of Cambodia, without Luu Meng this book simply would not have happened and for that I am eternally grateful, I am humbled by his faith in me but, it is his unshakeable faith in people that is part of his genius, an important ingredient in his recipe for success.

I would also like to mention Meng’s wife Berly, who has been more than tolerant of my shenanigans and has shown me support and made me feel a part of something, of this big Almond family.

Our partner in this adventure has been Ms. Leakhena Phal, and her role has been critical. Leakhena’s no nonsense approach to getting things done and her willingness to give us the gentle but firm shove we occasionally needed to kept things moving were vital to finishing the book.

The wonderful art and pictures you see in this book are the work of the extremely talented Piseth Pen and extraordinary designer and photographer who was relentless in getting great shots for us to work with, I have genuinely enjoyed the working relationship and the friendship which has developed, we both also acknowledge the work of young photographer Bong Joy, who assisted us on the field trip.

I am also indebted to Ms. Roth who has earned the unfortunate nickname of ‘Google Map’ from her colleagues for her main task of having to find out where I have to go and how I am to get there, she has never let me down.

I thank all of the chefs at Almond group whom I constantly distracted and annoyed and generally detracted from their work and all of the other staff members who always supported and helped this eccentric writer as he clumsily strode through their places of work and asked the strangest and most irrelevant questions.

Cambodia is a country of great food, wonderful people and beautiful places, a country that has been very good to me and the place I call home, this book is a celebration of all these things and more. As this book sails around the world on the Seven Seas, let it show people everywhere that we are Cambodian and we are here smiling and ready to share with you just how beautiful life can be in Cambodia, our Kingdom of Wonder. 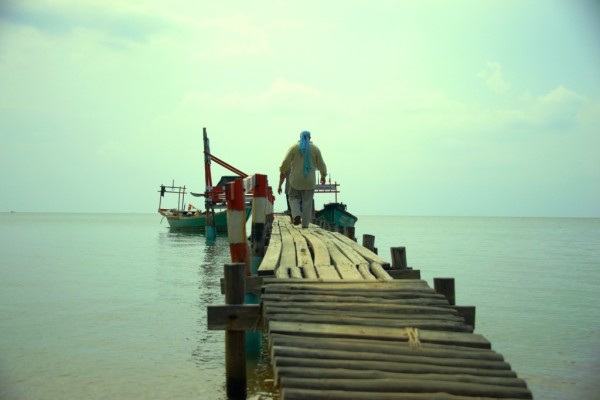