Upon that first, unforgettable hearing of ‘Adagio in G Minor for Strings and Organ Continuo’ I was immediately entrapped in its spell. Little did I know it then, but from that moment on I was being drawn into one of the greatest musical mysteries of all time, a mystery of epic proportions, spanning centuries and involving love, war, fake death, actual death and monumental fraud.

I remember when I first fell in love with Tomaso Albinoni’s ‘Adagio in G Minor’, a neo-Baroque piece that haunts the listener, a piece whose tone and withering notes pierce to the core of one’s existence. Life is littered with moving pieces of music, but none has, nor ever will move me quite as much as this piece of compositional brilliance.

I would play it up loud, with those tones reverberating around my little two story shop house apartment. A few years later, I would play it in my car during the long drives between vineyards and winery sites, my lot at the time. I am still in love with it; I am listening to it now.

Tomaso Albinoni was born on the 8th of June in 1671 into a wealthy paper merchant family in Venice Italy. He was a talented singer and violinist from an early age however, because he was not a member of the musician’s guild he was not allowed to play in public and so, turned his attention to music composition. He proved to be a very talented composer, his first opera, Zenobia, regina de Palmireni was produced when he was just 23 years old in 1694; it coincided with the release of his first collection of instrumental works, the 12 Sonate a tre. Opus 1. In stark contrast to other musicians of the time, Albinoni did not need to pursue a living from his works and never feted wealthy patronage or work for the church -as did many of his contemporaries. He gave himself the affectionate moniker of ‘Dilettante Veneto’, which loosely translates as ‘the dedicated amateur of Veneto’. However, Albinoni was as famous and celebrated as Corelli and Vivaldi during his lifetime. 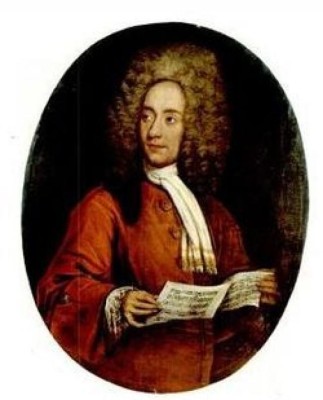 Tomaso Albinoni was an incredibly prolific composer, he married the opera singer Margherita Raimondi in 1705 and is said to have written as many as eighty or more operas. He also composed at least ninety nine sonatas, fifty nine concertos and nine sinfonias.

Such was Albinoni’s fame he traveled to Munich in 1722 at the invitation of the Elector of Bavaria to supervise performances of I veri amici and Il trionfo d’amore as part of the wedding celebrations for the Prince-Elector and the daughter of the late Emperor Joseph I. His nine instrumental collections published in Italy, Amsterdam and London were either dedicated to or, sponsored by an impressive list of southern European nobility.

Celebrated today mostly for his instrumental works, it was as an opera composer that Albinoni found early fame, with his operas performed in many great cities such as Venice, Genoa, Bologna, Mantua, Udine, Piacenza and from the 1720’s onwards, many cities in Northern Europe.

It is at this point in history that Tomaso Albinoni starts to become something of a musical enigma, culminating in one of the most fascinating musical mysteries of all time.

Almost all of Albinoni’s operatic works have been lost, having not been published during his lifetime. Nine collections of instrumental works were published, meeting with considerable success and consequent reprints, which is why Albinoni is celebrated today as an instrumental and not an operatic composer. After the death of his wife in 1721, it appears that Albinoni gradually withdrew from public life, eventually being seen as something of a recluse. In 1740, a collection of Albinoni’s violin concertos was published as a posthumous work in France and it was presumed that the great composer must be dead. However, uncovered records indicate that he lived to the very venerable age, (for that time) of 79 years old; he spent his final years living in obscurity in his beloved Venice until his actual death in 1751 of diabetes.

Despite his copious body of work most of Albinoni’s operas have been lost, as have many of his instrumental compositions.  Many of his original manuscripts were stored at the Saxon State Library in Dresden, Germany; the library was bombed and completely destroyed in 1945 during World War Two and as a result, a great deal of Albinoni’s music was lost to the world forever. 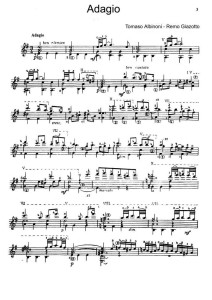 The Adagio is easily Albinoni’s most famous and recognizable composition, it has featured in several movies, (Rollerball, Flash Dance, Gallipoli being just a few), television shows, (including The Sopranos) and advertisements. The piece has also been copied, recomposed for other instruments and played by countless musicians from classical players to heavy metal guitarists. It is one of the most recognizable pieces of classical music of the modern era, many having heard it countless times, knowing neither its name nor the name of its composer.

The ‘Adagio in G Minor for Strings and Organ Continuo’ was first released in 1958, an incredible two hundred and seven years after the credited composer Tomaso Albinoni’s death.  Little was known about Albinoni after the 1720’s and much of his work had been lost, many had actually believed the composer dead a decade before his actual demise.

Enter Italian musicologist, music history professor, music critic and biographer Remo Giazotto, born in Rome in 1910. Giazotto was renowned and admired for his expertise and ability to track down and catalogue Albinoni’s surviving work and for writing a biography on the composer. 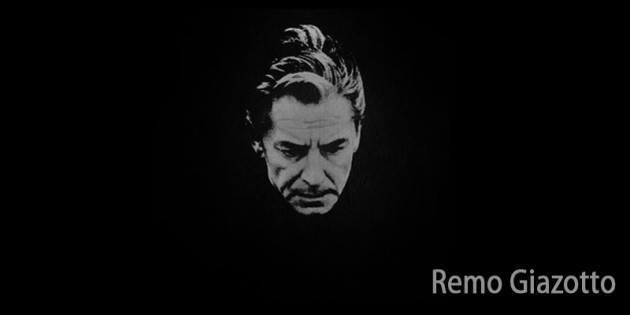 As the Second World War commenced, the Saxon State Library, (founded in 1556) began moving many of its treasures out of the library and into eighteen selected castles for safe keeping. Unfortunately, the original manuscripts of Tomaso Albinoni were not among those items relocated. When British and US Air Forces bombed the old town of Dresden, (including its famous library)  into virtual oblivion during February and March of 1945, some two hundred thousand volumes of historical documents and artifacts were lost, including many of the composer’s original manuscripts.

Giazotto claimed that in 1948 -at the end of the Second World War- he recovered from the ruins, a fragment of an original, unpublished manuscript of Albinoni’s, ‘Sonata da Chiesa’ composed in 1708. He stated that the fragment contained the bass line of the slow movement and six bars of melody. From this fragment, Giazotto said he reconstructed and arranged the piece of music we know today as Albinoni’s Adagio in G Minor; he released it to the world ten years after he first found the fragment in the rubble.

Other musicologists familiar with Albinoni’s manuscripts -before they were lost- began to question the authenticity of the original fragment from which the piece was constructed and then Giazotto slightly changed his story. He then claimed that he had not recovered the fragment from the ruins in Dresden, but had instead been sent the bass line for safe keeping during the war.

In 1965, Giazotto changed his story again, this time claiming full credit for the work; it is worth noting that the work he attributed to Albinoni is copyrighted not to the composer, but to Giazotto himself.

Remo Giazotto died in 1998 never having produced the original fragment for scrutiny; in modern times recognition for the work is mostly attributed to both Albinoni and Giazotto or to Giazotto alone. Many music historians take the view that whatever inspired Giazotto, the work is his and his alone.

However, like all good mysteries the story does not end there; in the treatise ‘La tradizione delle opere di Tomaso Albinoni a Dresda”, tesi di laurea specialistica’ published in 2007 by Nicola Schneider, the author claims that Giazotto’s last assistant, Muska Mangano discovered among the late musicologist’s possessions a modern but independent transcription of a figured bass portion and six fragmentary bars of the first violin, all bearing a stamp authenticating the Dresden provenance of the original documents from which they were taken. This claim, if true, provides some support for Giazotto’s original account that Albinoni was more than just his inspiration and was indeed his source.