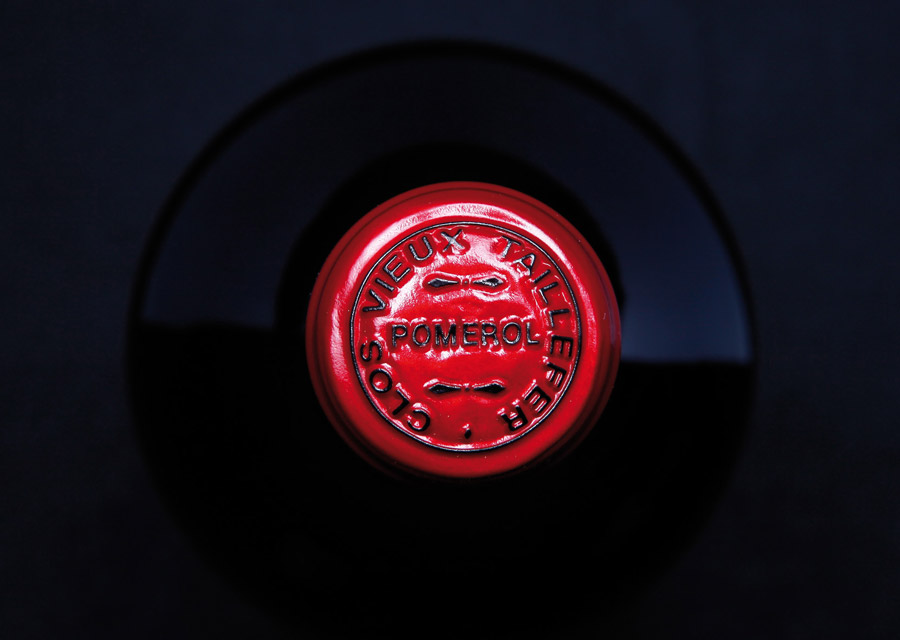 Thibault Odent, brand ambassador for the global wine negociant, ‘Mestrezat Grand Crus’ was in Phnom Penh last week and together we enjoyed a delightful lunch with a few well-chosen wines. The afternoon was spent on the Right Bank of Bordeaux in the regions of Saint Emilion and Pomerol, enjoying the years 2010 and 2011.

The undoubted highlight of the lunch was a bottle of 2011 Clos Vieux Taillefer from Pomerol, which was somewhat unexpected, given this was a notoriously difficult vintage.

The 2010 vintage in Bordeaux is recognized as a classic, perfect ripening conditions delivered bunches of ripe, balanced, high quality fruit, allowing wineries to produce some excellent wines. I have enjoyed most of the 2010 Bordeaux wines I have tried, many of them are truly exceptional, I recall once commenting that it was harder to make poor wine than good from such a majestic year. The 2010 Chateau Candale, Saint Emilion, Grand Cru was -in every way- a most enjoyable wine from a fantastic vintage. 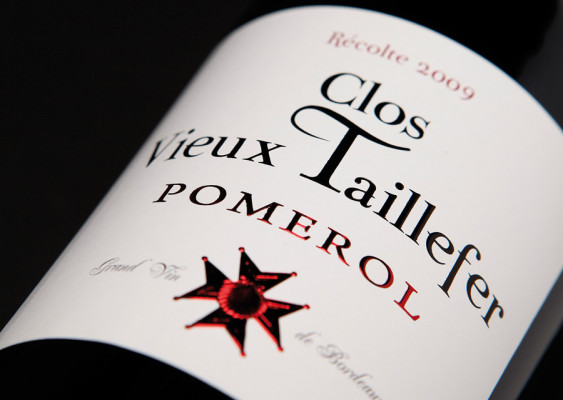 2011 by comparison, was a year that has been quaintly described as one of the more challenging growing seasons of the twenty first century.  The weather did its best to make life extremely difficult, so that even some of the most reliable Chateau produced wines that were light, soft, lacking in depth and short on concentration of flavour. Yet, there are always exceptions to every rule as I was about to learn.

Pomerol is the smallest of Bordeaux’s most renowned appellations, a tiny region on the western border of Saint Emilion. In Pomerol, there are no grand Chateaux recalling the days of French nobility and there has never been an official classification of its wines, such as has occurred in the other major regions of Bordeuax. 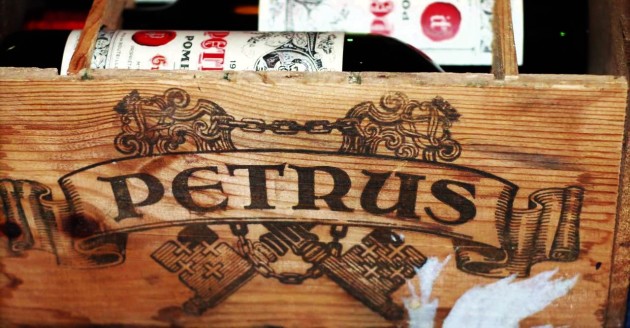 In fact, Pomerol had always been something of a backwater until Jean-Pierre Moueix and his family -whom in 1937 had set up a negociant house in Libournais- acquired the exclusive rights to sell Chateau Petrus in 1945. From that point on the wine’s reputation began to grow. By 1964 Moueix was the major shareholder in the property and was the owner of several other Pomerol estates: Château Trotanoy, Château La Fleur-Pétrus and Château Lagrange and the region was gaining a reputation for the quality of its wines.

Twenty years later, thanks largely to the success of the 1982 vintage on the world market, Chateau Petrus was on its way to becoming the most steeply priced of all Bordeaux wines, even more expensive than the traditional Premier Grand Cru of the Medoc.

In 1979 the Belgian Jacques Thienpont purchased the tiny 1.6 hectares of Vineyard in Pomerol known as Le Pin, in recent years it has rivalled and occasionally surpassed Petrus for the title of Bordeaux’s and indeed one of the world’s most expensive wine. It should be noted that Le Pin produces a tiny amount of wine, only 600 to 700 cases (of 12 bottles) per year, Petrus produces approximately 4,000 cases and Lafite around 30,000 cases. 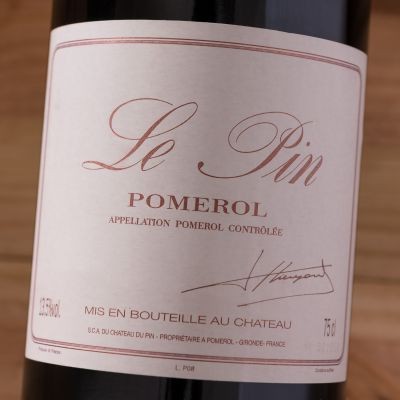 The unique soils of the Pomerol region are ideally suited to the Merlot grape and Merlot dominates the plantings and the blend of most wines, there are often additions of Cabernet Franc and some wineries use a small amount of Cabernet Sauvignon. Malbec and Petit Verdot are also permitted but rarely used.

The most famous wines of the Left Bank of the Gironde are Cabernet Sauvignon dominated blends from gravel based soils, on the Right Bank the Merlot and Cabernet Franc dominated wines from neighbouring Saint Emilion are grown in clay based soils. Pomerol’s soils are an interesting blend of clay, limestone, gravel and iron.

The 100% Merlot wine of Petrus is famously grown on a patch of blue ‘smectite’ clay, whilst the Merlot, Cabernet Franc blend of Le Pin is grown on a mix of clay and gravel soils. The Merlot variety thrives on these tightly packed clay based soils, whereas the Cabernet Franc vines perform best on the freer draining gravels.

The Clos Vieux Taillefer vineyard is recorded on some of the oldest maps of the region and has been in the Robin family since 1768. A breakdown of the properties name into English reveals an interesting tale: Clos simply means a walled or enclosed vineyard, Vieux means old. The name Taillefer is a Latin word that translates to as a ‘hewer of iron’ and in the romance of wine, poetry can be written about crafting a wine from grapes grown in Pomerol’s famous sub-layer of iron.

History’s most famous Taillefer was a Norman who fought in the Battle of Hastings on the 14th of October 1066, he was said to have sang the ‘Song of Roland’ at the gathered English forces whilst juggling several swords.  After finishing his performance Taillefer apparently then charged into the English front line to be quickly overwhelmed and never seen again. His legend is retold by the Norman poet Robert Wace, (1110 – 1174) in his verse chronicle the ‘Roman du Rou’. 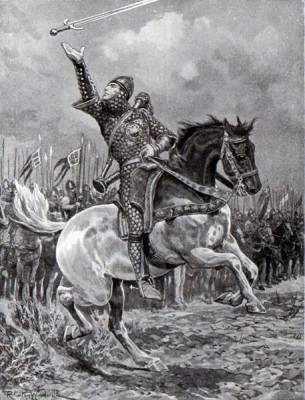 The creator of ‘Ripley’s Believe it or Not’, the cartoonist Leroy Robert Ripley pointed out that Taillefer, ‘The Iron Hewer’ had embarked for England from the shores of Normandy. Whilst on the 6th of June 1944, the Commander of the Allied Forces, General ‘Ike’ Eisenhower launched the D Day invasion of World War II with a landing on the shores of Normandy. Ripley noting that the name Eisenhower can be translated from German to mean ‘Iron Hewer’. The Clos Vieux Taillefer is a wine made from 100% Merlot and to meet the challenges of the 2011 vintage the winery imposed a strict regime of berry selection at the sorting table prior to making the wine. The grapes are all hand harvested and the wine spends 14 months maturing in French oak barrels, (60% new) prior to bottling.

The results are outstanding with the wine showing plenty of attractive ripe fruit aromas of liqueur cherry, mulberry, blackcurrant, anise, clove, a hint of tobacco and subtle spices. The palate shows a medium bodied wine of great elegance and finesse with a sweet-spot of juicy, ripe fruit mid palate and trademark textures of silk and velvet from the very fine tannins. The wine has an irresistible mouth-feel and seductive length, an exceptional 2011, accessible and one of the best Bordeaux from this vintage that I have tried. 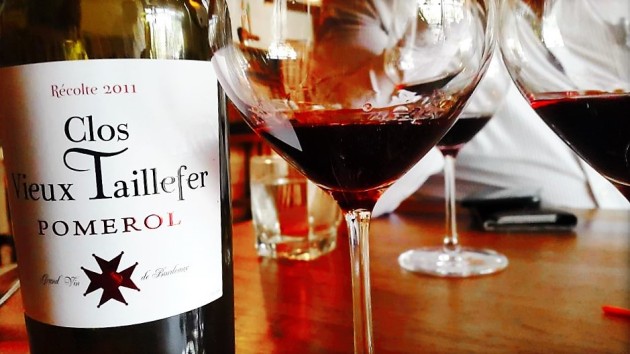