Kampot: I am sitting under an impossibly large sky, the few errant clouds merely faint wisps on a canvas of clear, perfect blue. From high up on Starling Ridge I gaze out over the tops of pepper towers that stand like sentinels across the landscape. The view out over the valley is sweeping and vast; islands sit like gems in the ocean off the coast. It is a moment to cause a man’s mind to reach out to the scars in the earth and to wander amongst the history of this ancient land.

I am in a place once occupied by the Malay, (Cham), by the Cheav, (Javanese), by the Chinese; a place where the Vietnamese and the Siamese have fought, won and lost countless times, over many centuries and where the Khmer still fought with themselves till the very end of the last millennium. The mountains here rise dramatically and are littered with ancient temples, strong magic; ghosts like Lok Yay Mao live here as do witches like Lok Yay Phnom Sor. 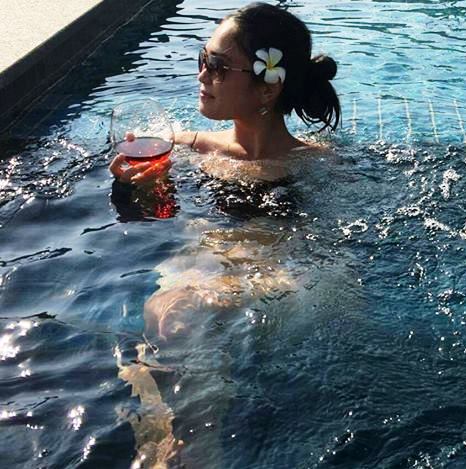 Spread out like a verdant quilt between the mountains and the sea, Kampot is Buddha’s own country, with soils famous for their fertility, waters famous for their purity, produce that is regarded as the best in the land and an abundance of the freshest and finest creatures of the sea.

At the height of French colonial Indochine, the very best chefs from Paris-to-Lyon would insist upon Kampot pepper for their kitchens. Renowned for its spice, intensity, citrus notes and fruity characters; Kampot pepper has long been regarded as the finest in the world.

Pepper has been grown in the area for a thousand years, its quality remarked upon ever since Chinese explorer Tchéou Ta Kouan described it in his journal in the 1200’s as ‘something to savour’. 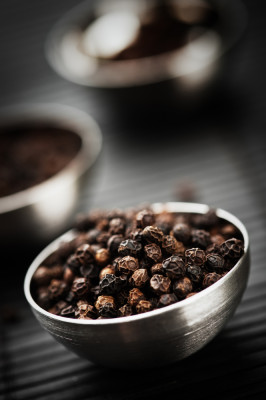 The Dutch came to South East Asia for the spices and didn’t much care what malevolence it took to obtain them. As the Dutch East India Company rolled across Indonesia war came to Aceh In 1873, it was to be the most prolonged military invasion of the Dutch colonial era, lasting until 1912. When defeat was inevitable, the Sultan of Aceh burned his pepper crops and sent men to Kampot where they resumed production. Under the French protectorate a commercial industry with access to European markets was soon born.

In the book “Un empire colonial français, l’Indochine” published in 1930, G. Maspero, remarks that “Almost all of the pepper consumed in France comes from Indochina”, noting that production had all but disappeared from Ha Tien province in Vietnam where it had been in the hands of Hainan Chinese but was maintained in Kampot, Cambodia. 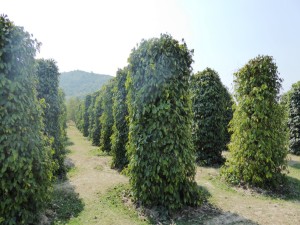 During the dreaded time of the on-going civil wars from the 1960’s through to the 1990’s, Kampot became one of the last Khmer Rouge strongholds and pepper growing ceased. Ancient growing techniques and local farming knowledge were threatened with being lost forever.

At the end of the century small scale growers began venturing back onto the land and pepper was replanted from wild vines. Anna Him has been called the Spice Queen of Kampot, in 2002 -along with her husband Mark Hanna- they began clearing and de-mining their Starling Farm property and a year later planted commercial quantities of Pepper.

By the end of the decade they had seen Kampot pepper granted International Geographical Indication status, which recognizes the quality of a product being linked directly to the area from which it is produced, (this was the first Cambodian product and region to achieve such classification) and they began exporting -which saw Kampot pepper finally return to the tables of the finest restaurants in Europe. 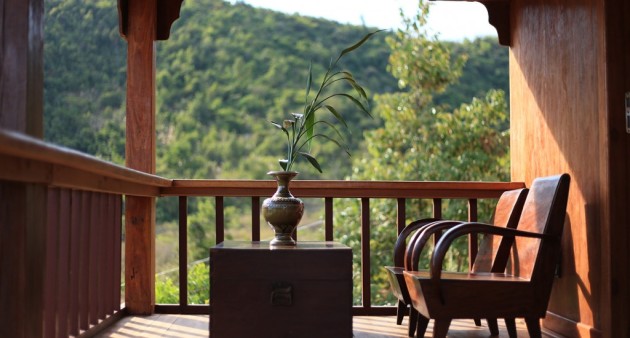 The Starling Ridge Plantation Resort sits high on a ridge at the back of the Farm, everything about the place is tranquil, stunning and of the highest standard. From the traditional, stilt house accommodation complete with luxury appointments, to the infinity pool with million dollar views and the restaurant and bar with charming local staff that are enthusiastic and friendly.

For me a visit to this magnificent restaurant has to be for lunch, so as to get the view and then have a swim, day trips from Kampot or a trip down from Phnom Penh for the weekend are popular with locals and tourists alike. 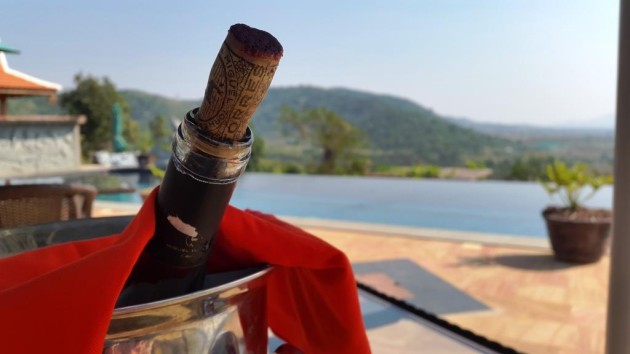 I have done this trip twice and hope to do it many more in my lifetime; it is one of my favourite places on earth and one of the great joys of living in the Kingdom of Wonder. Kampot Pepper, red, black or white is the very best in the world and that will do me; I have enjoyed it with Crab, Shrimp, Squid, Salmon and even in Pho at Starling Farm, washed down with a fine wine or three from the wine list, I have always found the experience exquisite. 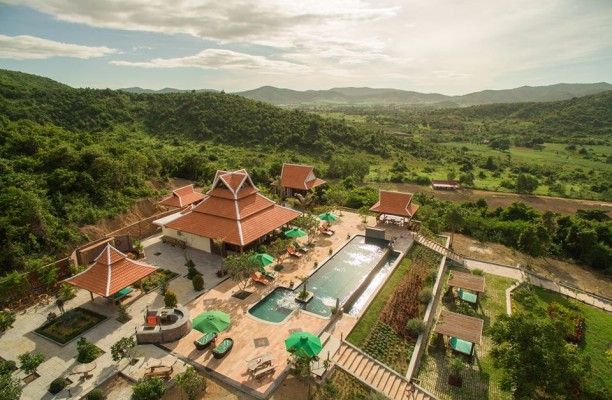 Prices are not cheap but, they are more than reasonable for food and wine of this quality, in this place, with this view, dining on the finest pepper in the world at its source. The mountains behind us and the coastline in the foreground were once the playgrounds of the rich and famous of French Indochina; as I sit here in the long shadows of the afternoon, soaking up the last remnants of my Kampot Pepper Bloody Mary, I doubt they ever had it so good.