Facebook
Home Wine The Iron Baron and the Blood of Jove

On September 24th, 1716 the Grand Duke Cosimo III de’ Medici, for the first time in history decided to demarcate those land parcels deemed especially ideal for the production of high quality wine. These prime vineyards were located in the territory extending from Florence to Siena in the ‘regione’ of Tuscany. This was the historic birth of the wines now known as Chianti Classico. 2016 marks the three hundredth anniversary of Chianti Classico. The Roman philosopher, Pliny the Elder, (AD 23 – August 25, AD 79) wrote in great detail about wine, viticulture and winemaking throughout his many years as an army and naval commander in the Roman Empire. The Sangiovese grape has been cultivated in the Tuscan area since the time of the Roman Empire and may have been cultivated throughout central Italy by the Etruscans and Ancient Greeks. So highly regarded was the variety that it was given the name Sangiovese, which is derived from the Latin: Sanguis Jovis, ‘The Blood of Jove, (Jupiter)’. 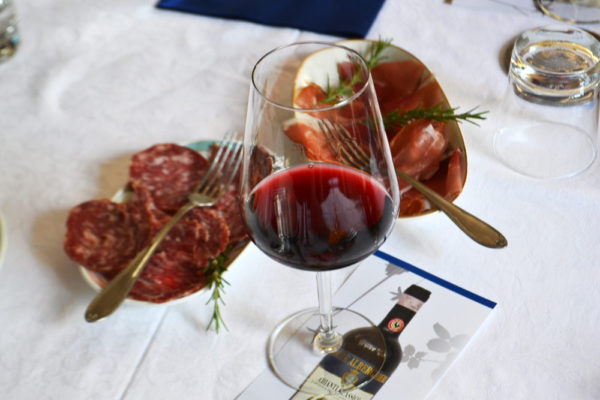 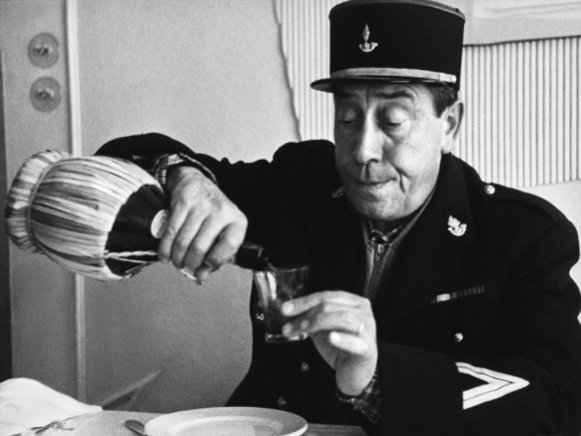 As early as the twelfth century, the Tuscan wines that came from the Chianti region at its heart were famous, the varieties were not yet identified but, the region was prized for the quality of its vino and agricultural produce.

The Chianti region sits between the towns of Florence and Siena and for as long as anyone cares to remember the people of these two proud cities fought for the right to govern the bountiful territory that separated them.

The two cities decided on a pact to establish once and for all where the boundary between the two cities lay and who had the right to govern the rich lands of the Chianti region. At dawn on the chosen day, each city would wait until their designated cockerel crowed and then send forth a rider hurtling in the direction of the opposing city: at the point where the two riders met would forever mark the border between the two and young men would no longer have to die. 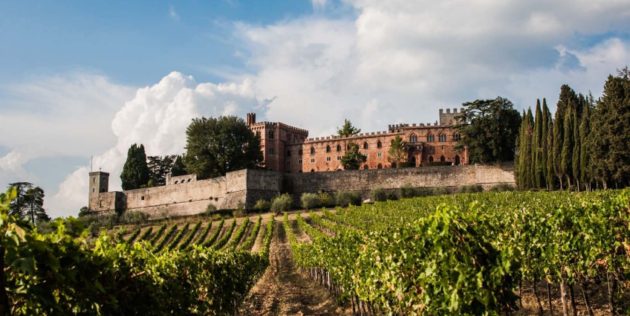 Siena chose a healthy white cockerel, they tended and cared for it with meticulous attention, Florence chose a scrawny black cockerel which they then locked in a dark room and fed nothing. When the Florentine officials arrived in Siena that night to check upon the white cockerel, they were pleased with what they saw.

When the Sienese officials arrived in Florence to check upon the black cockerel, the startled and starving beast crowed the very moment they opened the door, even though it was still the middle of the night. The Florentine rider needed no further encouragement and bolted immediately.

At daybreak, the white cockerel in Siena did its job and crowed in the new day, the Siena rider set off, only to be stunned just 12 kilometres from the town centre, to find his rival racing along in his direction. The Florentines had won the day, the Sienese literally cried foul and the disputes lingered for some time to come but, the symbol of the Gallo Nero the ‘Black Cock’ became the symbol of Chianti and remains the symbol of the Consorzio del Marchio Storico, the body charged with the task to defend the integrity and quality of Chianti and Chianti Classico to this very day. 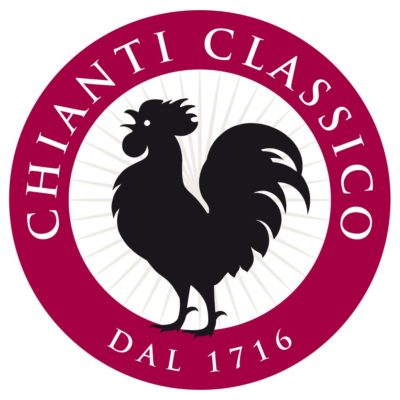 For a time the region lost its way, Chianti was bottled in round bottomed glass bottles wrapped in raffia, (palm straw), known as a Fiasco and by the 1950’s it was an apt description of the region and its wines. Much of the Chianti produced was seen as commodity wine, diluted with inferior white wine grapes and adhering to a philosophy of quantity over quality. 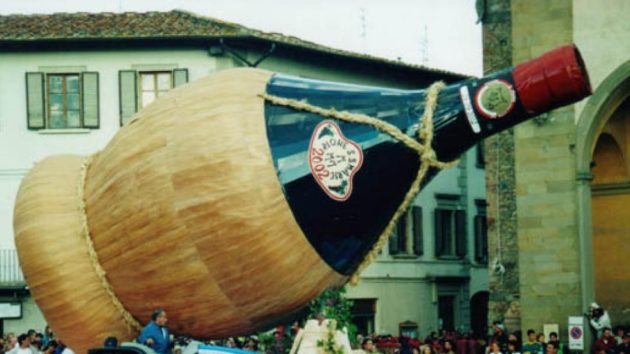 Thankfully, by the late 20th century modern winemaking, new, small oak barrels, modern viticulture and a desire to produce wine of the highest quality had asserted itself in the region.

According to American publication, Family Business Magazine, Barone Ricasoli is the fourth longest-lived company in the world in the same place and the second in the wine sector. It is the oldest winery in Italy. The name Ricasoli has been linked to wine since 1141, when Brolio Castle passed into the hands of the Ricasoli family. 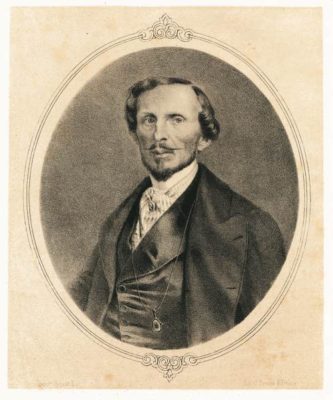 In 1829, at just twenty years old, Bettino Ricasoli, known as the “Iron Baron”, began his research and experiments in Brolio, with the aim of producing a high-quality wine in Chianti, able to compete on an international level. In 1867 a wine from Brolio was awarded a gold medal at the Paris Exposition. Notes retrieved from this time show that Bettino was a strong advocate of the Sangiovese variety and believed it should make up the majority of the blend whilst he felt the Malvasia grape diluted the wines and suggested leaving it out altogether for wines once wished to age. The Baron’s findings, practices and recipes set the foundations for the world renowned Chianti we know today. 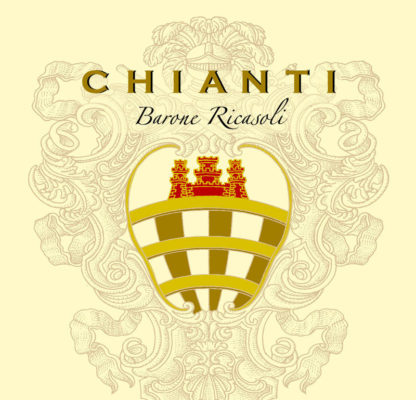 The Barone Ricasoli, Chianti is a moderately priced, early drinking style of Chianti that is predominantly Sangiovese. The 2014 has a bright crimson colour showing a light to medium body and with youthful, garnet hues.

The palate is light bodied with vibrant fruit the tart cherry and anise coming through on the palate before giving way to lively acidity, some phenolic astringency and fine, persistent tannins. A very enjoyable wine with pastas and other Italian dishes that involve tomato based sauces. 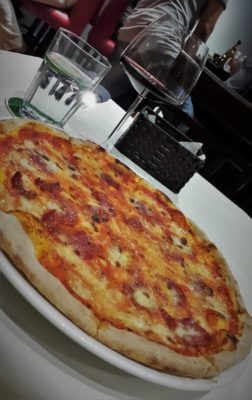