Facebook
Home Wine It’s Wine Jim, But Not as We Know It 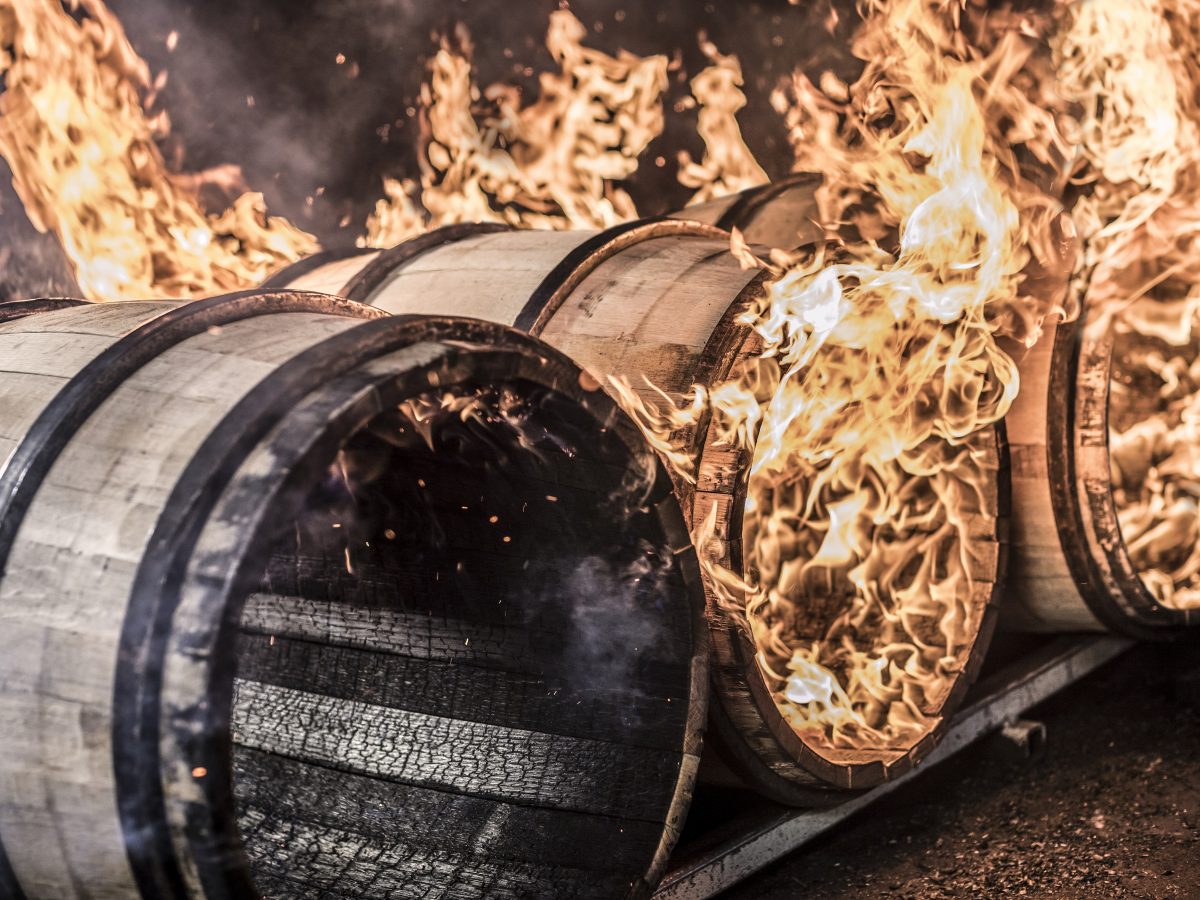 Whilst ‘Natural’ and ‘Orange’ wines get a lot of press as the biggest new trends to hit the wine market in decades, with their rebellious appeal to a younger generation of wine drinkers; another trend has quietly been taking over wine shelves across the United States and is now spreading its wings to overseas markets. 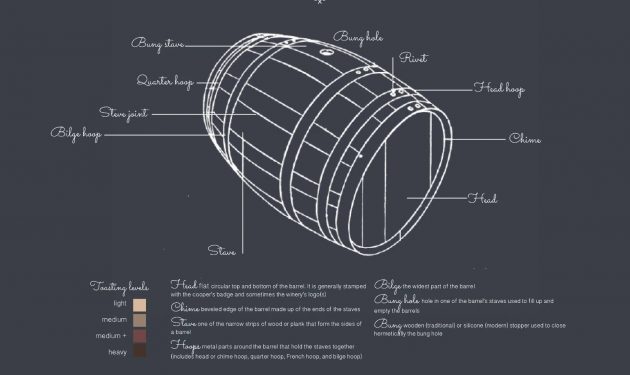 When wines are aged in oak barrels, it is primarily a textural thing, done to soften the wines acidity and structure in order to create a more accessible and pleasant wine to drink. This is achieved through controlled ingress of oxygen and certain metabolic reactions, such as malolactic conversion. Most of this is achieved with second, third and fourth fill barrels and sometimes even older. Another component of barrel maturation is to add more complexity to the wine, when it takes up tannin, aromas and flavours (cedar, spice, toast, vanilla etc.) from the resigns, esters, aldehydes and other components in new wood; this is achieved using seasoned, new, (first-fill) oak or, recently shaved and re-toasted barrels. Wines are typically aged for anything from six months to several years, so as to get the winemaker’s desired balance between structure, texture and flavour. 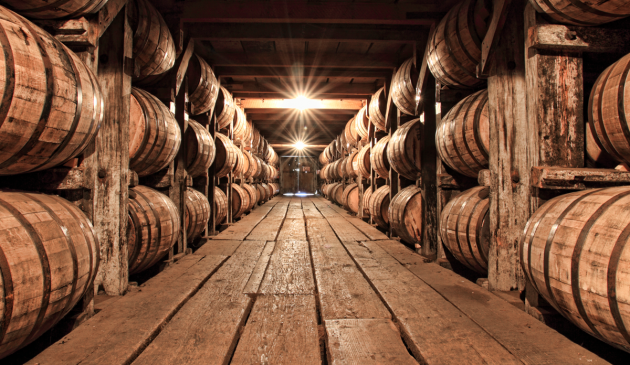 Most wineries use a combination of new and used oak to get this balance right often, that is to balance both the wine and the annual winemaking budget. New oak, especially French and increasingly, American is very expensive, (usually well over 1,000 USD per barrel) and only new once, it also has very little resale value; often carted off to the local nursery or furniture builders and sold for a fraction of its original cost, just five or so years after being purchased. A lot of the cost (and in many cases most of the cost) of producing an expensive bottle of red, can usually be attributed to oak and buying new barrels is a massive expense for any winery. Today, many wineries have to set up complex financing arrangements so as to spread out their oak (re)payments and ease the pressure on their cash-flow.

For many, many years Scotch Whisky, Gin and Craft Beer makers have been using second hand Bourbon Barrels to not only maturate their product but to also add new and interesting layers of aroma and flavour to their final blends. There are more than a few winemakers in America who will recall their wineries slipping the odd bourbon barrel into their mix, solely to cut costs.

With used Bourbon barrels inexpensive, plentiful and relatively close at hand, more wineries turned to this alternative and were soon experimenting with higher concentrations of ‘bourbon oak’ in their fuller bodied wines. Several winemakers liked the results and about six years ago the first ‘Bourbon Cask’ wines hit the market. Goose Island released a bourbon-barrel aged beer in 1992 eventually, a few more craft brewers picked up on the idea and the category has seen steady growth for the past decade. The first modern, purpose-built and labelled, bourbon barrel-aged wine was the 1000 Stories Zinfandel by Fetzer Vineyards, which was released in the U.S. in 2014.

Whilst the use of old bourbon casks by some wineries might initially have only been about cutting costs; the current wave of branded, bourbon barrel aged wines, is very much about marketing. Bourbon, Rye and American whisky have seen a boom in sales that has now lasted for well over a decade. The state of Kentucky alone has seen a 250 percent increase in the number of distilleries over the past decade and an increase in production of over 300 percent.  With dark spirits in America taking market share from other alcohol beverages, savvy wine marketers want a piece of that action.

In a 2017 Vinepair article, Jason Dodge, senior director of winemaking for Robert Mondavi Private Selection told Courtney Schiessl, “Riding on the coat-tails of bourbon’s success, we saw a great opportunity to combine our traditional California winemaking with the unique aging process that comes from used bourbon barrels, to offer consumers a bolder, richer side of Robert Mondavi Private Selection”.

An eminent Brooklyn based sommelier and wine writer, Schiessl concluded that; ‘Ultimately, bourbon barrel-aging wine is more about perception than taste or technique. The term gives consumers an idea of what the wine will taste like — warm, lightly sweet, and “brown,” like bourbon — and then delivers on that promise. These are bold, rich wines. And as much as wine professionals might prefer balanced acidity or even funk, American palates reportedly crave sweet, bigger-is-better flavor profiles. As much as it lacks purpose, or discernible difference, we can’t blame winemakers for wanting to associate their bottles with a trending concept. Bourbon barrel-aging may not make a huge difference from a winemaking perspective, but it creates a wildly marketable category — at least for now.’ Whilst many industry commentators and insiders still see aging wine in spirit barrels as a marketing gimmick; others point to a younger generation, who they say want wines that are big, rich, juicy and a little sweeter. One thing that cannot be denied is, that it is appealing to someone out there, because sales are booming.

Robert Mondavi’s top-selling Bourbon-Barrel Aged Private Selection Cabernet Sauvignon, went from zero cases sold in 2016 to a phenomenal 1.4 million cases just two years later. California winery Fetzer Vineyards, is the pioneer of the style, the brand’s winemaking director, Bob Blue told ‘The Drinks Business’ that in the first year they produced just 5,000 cases, five years later they were selling over 140,000 cases annually and growing. “It has changed my life,” he said. “We are now buying a lot of Zin, and going to Lodi, Paso Robles, and Mendocino for grapes; the growth has been dramatic, we’ve gone from nothing to 2,000 tonnes of fruit, it’s crazy.” 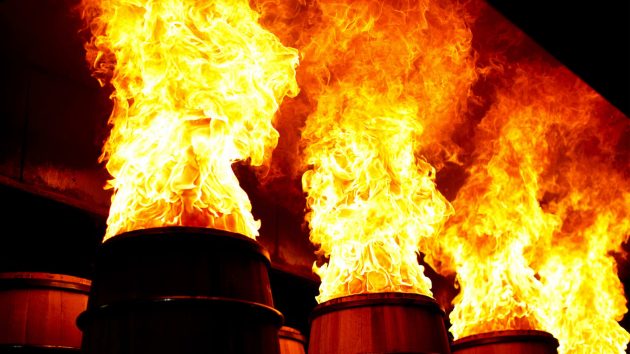 As a young winemaker, I remember ‘rinsing’ a portion of our Sauvignon Blanc through new oak to give subtle complexity to the final blend of that wine, then we put a portion of our Chardonnay straight into the same barrels, so it would pick up some of the oak infused Sauvignon character and give the final Chardonnay blend another nuance of complexity as well. I also remember taking a reserve red out of new oak, only to put it back into another round of brand new oak barrels, to get the sort of double-barrelled, blow-your-head-off, new oak effect that was winning a lot of accolades at the time.  Ultimately, great wine is about balance and layers of complexity, I loved what we did with the Sauvignon Blanc and Chardonnay to create subtle variation in the wines but, I was not a fan of creating wines over-blown with new oak, just to try and win medals or high scores.

Bourbon barrels are heavily charred, much more so than is usually done for wine barrels and this charry character comes through strongly in the Bourbon cask wines. Wine barriques are 225Lts. from Bordeaux coopers and 228Lts. from Burgundy; Hogsheads are usually 300Lts and Puncheons 450Lts.  Bourbon barrels are smaller, 200Lts. creating a higher wood-to-wine ratio in the cask and therefore having a greater impact on the final wine.

Some of the main aroma and flavour compounds from older, highly charred oak are: furfural, which imparts characters of dried fruit, burned almond, burnt sugar; guaiacol, burnt, ash overtones and eugenol, which has a character of spices, cloves and smoke. Bourbon Barrel wines also show signs of vanillan and vanilla-like syringaldehyde.

With the aromas and flavours imparted into the wines from these old spirit barrels, the transference of the charred wood character is strong. The wine also picks up spirit and bourbon characters that have seeped into the grains and fibres of the barrels. Bourbon barrel maturation effects noted by winemakers include aromas and flavours of caramel, maple, vanilla, brown sugar and sweet spice along with subtle bourbon characters. They also note a significant increase in the richness of the final wine.

Balance is still the critical factor, ageing in flame charred, oak barrels can and will if allowed, swamp the primary fruit profile, transforming the wine into a candied-concoction of caramel, maple, vanilla, brown sugar, and sweet spices. Many winemakers only transfer a small portion of the final blend to Bourbon barrels and most don’t leave the wines in there for more than a few months, in order to get that balance right and prevent the charry, bourbon characters from overwhelming the attractive fruit. 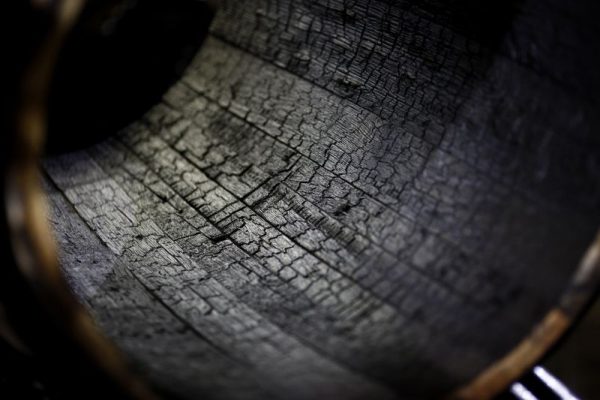 Getting into the Spirit

Today, there are many large producers and famous brands getting into Bourbon Barrel Aged wine business including: Mondavi, Apothic, Beringer Bros and more. Alongside Bourbon Barrels, wineries are also experimenting with Rye barrels; Beringer Brothers have released a Tequila Barrel Sauvignon Blanc and Mondavi a Rum Barrel Merlot.  Given the impressive growth in sales of these ‘spirit’ barrel wines, what was once considered a gimmicky, new trend is quickly starting to resemble a well-established new category. 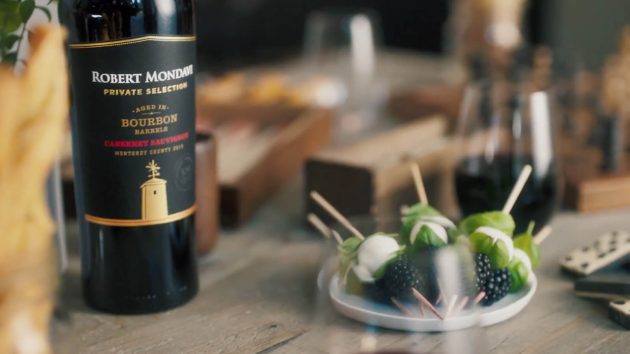 A Measure of Proof

Palate: An initial explosion of char, burnt toffee and salted caramel gives way to a liqueur like mid-palate of fruit, suggesting black cherry, cassis and satsuma plum, before being overtaken by dry, fiery, (added?) tannins that are fine, powdery and assertive.

The wine has good length and there is a fiery, spirit note to the structure, mouthfeel and after taste.

Unusual to this veteran wine drinker, maker, judge and critic, even approaching it with an open mind, I found I was struggling to get my head around it. Having said that, I decided that it wasn’t entirely unpleasant nor without some appeal.

I thought immediately of a few of my Asian wine drinking buddies, who are always asking for ‘big’ reds with lots of ‘oak, alcohol and tannin’ and surmised that they would probably go for it. 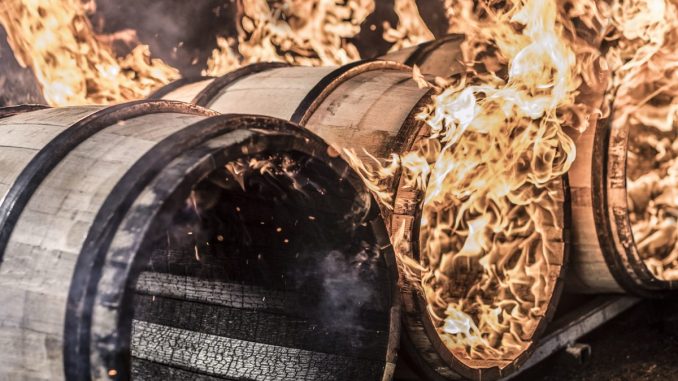 Whilst seasoned wine drinkers and connoisseurs alike may take quite a while to come around to spirit-barrel aged wines -if they ever do at all; these wines are not really being made for them anyway. And whilst the emergence of Natural and Orange wines has been a major trend for younger wine drinkers, those wines proven to be divisive and very definitely not to everyone’s liking. These innovative new styles of spirit-barrel aged wines are attracting a whole new generation of alcoholic beverage drinkers, dollar spending drinkers that the wine market was previously missing out on. Given the rapid and significant growth in sales and production of these wines and given the sheer number of wineries now getting in on the act, the trend is obviously hitting its mark and is set to continue for some time to come. 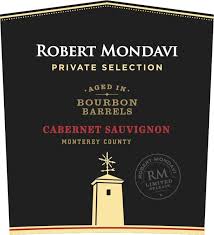