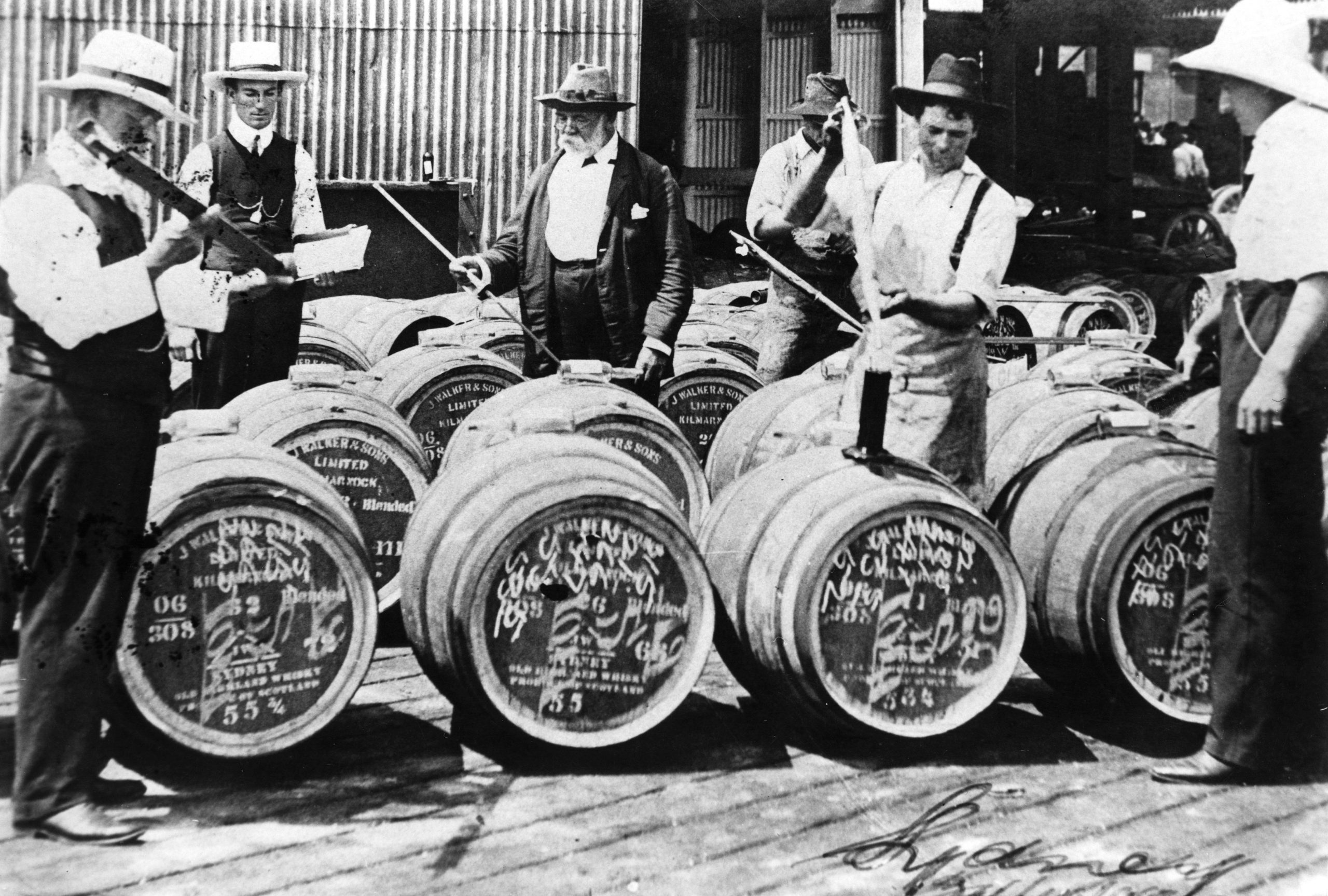 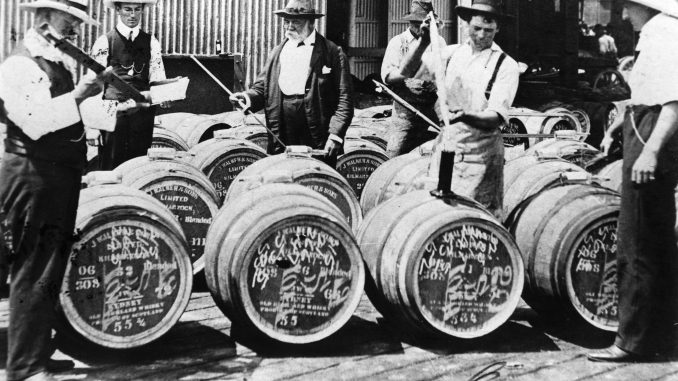 For over two hundred and fifty years, from the early 18th century through to the mid-20th century, excise officers cast a long shadow over the Scotch whisky industry. These were the men charged with ensuring government taxation policies were adhered to and illegal distilleries were destroyed.

The role of ‘policing’ taxation was formalised with the establishment of the The Scottish Excise Board in 1707, as part of the Treaty of Union which created Great Britain. One particular provision of the Treaty was that the same level of duty was to be enforced both north and south of the border. This imposition was very unpopular with the Scots, who saw it as English interference in Scottish matters and thus evading payment of the duty was seen as something of a matter of honour. 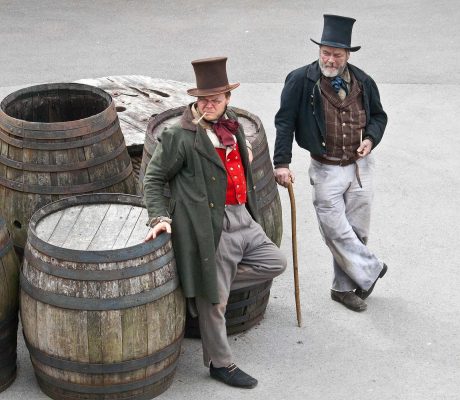 The almost impossible task of enforcing excise legislation was the role of the officers of the Excise Board, commonly known as ‘gaugers’, because their main task was to gauge the amount and value of spirits being produced at a distillery. Their role was an onerous one, as Phillip Morrice observed in ‘The Schweppes Guide to Scotch’ published in 1983: ‘The exciseman’s lot was not a happy one. He was working against a highly-motivated, hostile and sometimes desperate section of the population, whose activities were either supported or connived at by a majority of the rest. He was often working in unfamiliar territory and was obliged to do so by a rulebook, whereas his adversaries had none. Like all tax collectors in history, he had no natural allies, save the government of the day which left him to execute its unpopular policies.’ 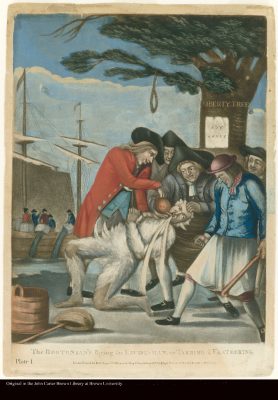 Around the time of the whisky rebellion, (1791 – 1794) in the now independent United States of America, tarring and feathering became a popular punishment inflicted on ‘excisemen’ by Pennsylvania farmers who were upset at having to pay a government tax on whiskey distillation. The practice became so widespread that tarring and feathering was, for a time, known by the term ‘paying the exciseman’.

During the presidency of George Washington, the so-called “whiskey tax” was the first tax imposed on a domestic product by the newly formed federal government. It became law in 1791, and was intended to generate revenue for the war debt incurred during the Revolutionary War.

Farmers of the western frontier were accustomed to distilling their surplus grain into whiskey and these farmers resisted the tax. Many of the resisters were war veterans who believed that they were fighting for the very principles of the American Revolution.

Because of these and other violent attacks, the tax went largely uncollected in 1791 and early 1792 and the tax law was repealed by President Jefferson in 1800.

Gie him strong drink until he wink,

An’ liquor guid to fire his bluid,

There let him bouse, an’ deep carouse,

Till he forgets his loves or debts,

An’ minds his griefs no more.

Let other poets raise a fracas

An’ crabbit names an’stories wrack us,

An’ grate our lug:

I sing the juice Scotch bear can mak us,

In glass or jug.

Whether thro’ wimplin worms thou jink,

Inspire me, till I lisp an’ wink,

To sing thy name!

An’ aits set up their awnie horn,

An’ pease and beans, at e’en or morn,

Leeze me on thee, John Barleycorn,

In souple scones, the wale o’food!

Or tumblin in the boiling flood

But when thou pours thy strong heart’s blood,

There thou shines chief.

Food fills the wame, an’ keeps us leevin;

Tho’ life’s a gift no worth receivin,

Thou clears the head o’doited Lear;

Though even brightens dark Despair

Wi’ gentles thou erects thy head;

His weep drap parritch, or his bread,

But thee, what were our fairs and rants?

When gaping they besiege the tents,

That merry night we get the corn in,

O sweetly, then, thou reams the horn in!

Or reekin on a New-year mornin

In cog or bicker,

An’ just a wee drap sp’ritual burn in,

When Vulcan gies his bellows breath,

An’ ploughmen gather wi’ their graith,

Nae mercy then, for airn or steel;

Till block an’ studdie ring an reel,

Though maks the gossips clatter bright,

Wae worth the name!

Nae howdie gets a social night,

Or plack frae them.

When neibors anger at a plea,

An’ just as wud as wud can be,

How easy can the barley brie

To taste the barrel.

Alake! that e’er my muse has reason,

To wyte her countrymen wi’ treason!

But mony daily weet their weason

An’ hardly, in a winter season,

Wae worth that brandy, burnin trash!

O’ half his days;

An’ sends, beside, auld Scotland’s cash

To her warst faes.

Ye chief, to you my tale I tell,

It sets you ill,

May gravels round his blather wrench,

An’ gouts torment him, inch by inch,

When wanting thee, what tuneless cranks

Are my poor verses!

Thou comes-they rattle in their ranks,

There, seize the blinkers!

An’ bake them up in brunstane pies

Fortune! if thou’ll but gie me still

An’ rowth o’ rhyme to rave at will,

An’ deal’t about as thy blind skill 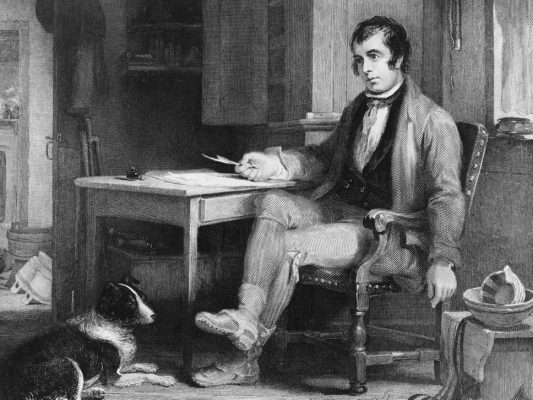 January 25th is Burns’ Day, a day that commemorates the birthday of Robbie Burns, Scotland’s National Poet. The event is celebrated as ‘Burn’s Night’ all over Scotland and throughout the world, with a ‘Burn’s Supper’ of whisky, haggis, neeps and tatties; the haggis usually being marched into the dining hall to the sound of bagpipes, and most of the men wear the traditional kilt.

Born in 1759, in Alloway Scotland, to William and Agnes Brown Burnes, Robert followed in his father’s footsteps and became a tenant farmer. He also became a practicing poet, writing about all manner of daily life, tradition, culture and experience and doing so in such a way that it resonated deeply with his fellow Scotsmen across the nation and then on around the world.

He became not only Scotland’s National Poet but a voice of immense influence and impact across the globe; especially in England, Canada, the United States and even Russia; where he was lauded both before and after the revolution as the people’s poet. In 1956, the Russian government issued a commemorative stamp in his honour and he remains a popular figure in the country even till this day.

When asked for the source of his greatest creative inspiration, singer songwriter Bob Dylan selected Burns’ 1794 song “A Red, Red Rose” as the lyric that had the biggest effect on his life, as was recorded by several London Newspapers in 2009.

As famous as Robert Burns is as a poet and songwriter, a large part of his adventurous life was also spent as a government exciseman, or ‘rascally gager’, as Burns himself would come to call them.

Burns is said to have become disillusioned with farming after the failure of his crop just before his 29th birthday and so, he set out to find another, more stable source of income. A friend, the Earl of Glencairn saw that Burns was enlisted as an Excisemen in September of 1789.

Burns soon grew weary with the burden of this unpopular task writing in his letters, “My fingers are so worn to the bone in holding the noses of his Majesty’s liege subjects to the grindstone of Excise that I am totally unfit for wielding a pen in any generous subject.”

There was also danger in this work as excisemen were subjected to intimidation, bribes, the occasional kidnapping, beatings and some were known to have been murdered. The job was to make surprise visits to traders to check books for accurate accounts and to make sure the correct tax was applied on whisky. Burns was acutely aware he had enemies and was performing a thankless task in a much-hated role.

The deil’s awa wi’ the Exciseman,

We’ll mak our maut, and we’ll brew our drink,

And mony braw thanks to the meikle black deil,

But the ae best dance ere came to the land 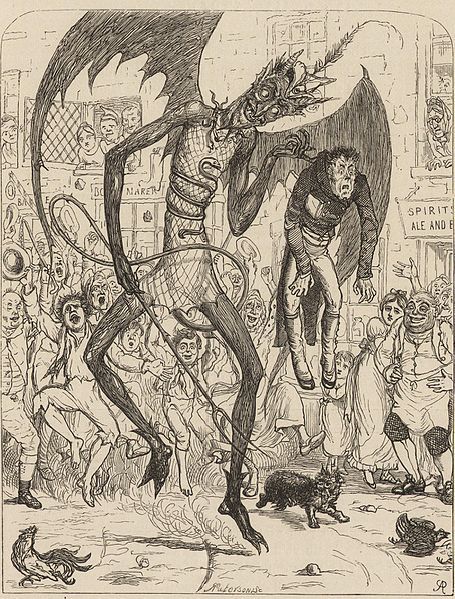 Of course, rascally gagers were not averse to being ‘drammed’ up or bribed by distillers to look the other way and it is worth noting that Robert Burns remained at his station working from Mill Street until his death on 21st July 1796, still a serving officer of the Excise. 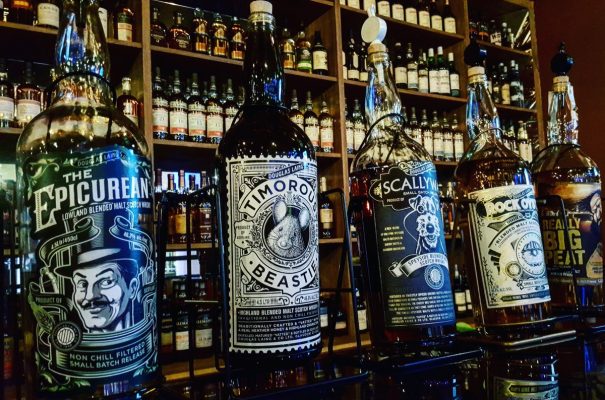 With the lights down low and the music set to smooth, the mood in this den of Uisgeophiles is refined and relaxed, the earnest dissection of distillate going on in one corner, unbridled laughter and joy in another.

The décor -patterned tiles, wrought iron, plush faux leather, hammered copper and lithograph posters- has the urbane chic of a Chicago speakeasy crossed with a London club of the Victorian era; right down to its rose-gold swan dispenser on the bar that emits charcoal filtered water. 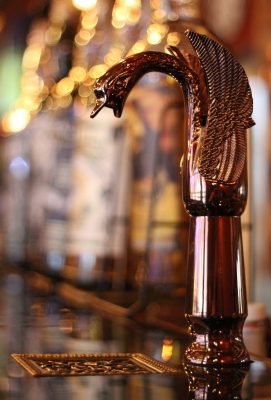 Owned and operated by whisky legend Lewis Mitchell, he is one of Singapore’s great whisky masters, Lewis is an ebullient aficionado, a veritable walking encyclopedia on all things whisky and a damned fine host.

The selection on offer is astounding, from special editions, old favourites and rare gems and don’t worry if whisky isn’t your tipple of preference as the bar is well stocked with all manner of artisanal, small batch and hand-crafted spirits, aperitifs, liqueurs and digestives.

A perfect place for pre-dinner drinks or after show night caps this is a bar with a serious knowledge of whisky to go with is serous sense of style. 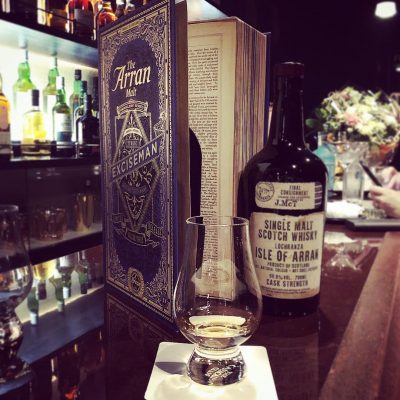