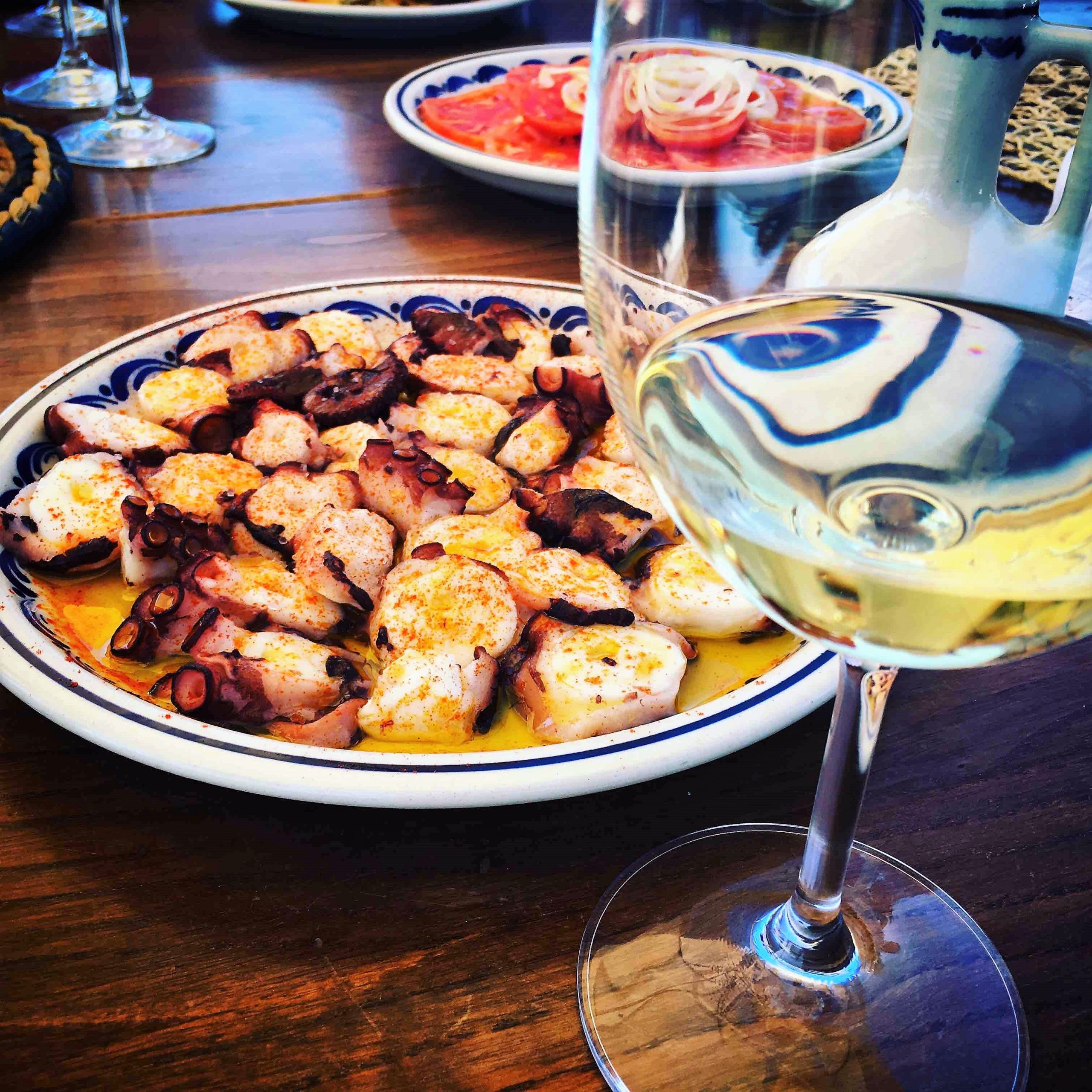 Spain’s best known wines are the powerful, robust red wines from regions like Ribera del Duero, Rioja, Valdepenas and Priorat along with the fortified Sherries of Jerez and the sparkling Cava from around Penedes and the Catalunya area.

Major local varieties are Tempranillo, Garnacha, Graciano and Monastrell for reds, Palomino, Pedro Ximenez and Moscatel for sherry, Parellada, Macabeo and Xarelo for Cava production and the widely planted white variety Arien, which is concentrated around La Mancha where it is used to produce brandy and low priced white wines.

More recently, the fresh, vibrant, complex and eminently enjoyable white wines from the north east of the Iberian Peninsula have been gaining international attention, it is much deserved and I hope it leads to broader distribution and more people around the world getting the chance to sample and enjoy these delightful wines.

The España Verde, (Green Spain) as it is known is the area of Spain that has a northern maritime façade exposed to the Atlantic Ocean. It runs from Galicia on the Portuguese border to the Bay of Biscay and the Basque country which borders France. The region includes areas of the Cantabrian and Basque mountains and the western coastline of Galicia. From the Portuguese border along the west coast of Galicia in the province of Pontevedre, up to the southern end of A Coruna, there are four estuarine inlets that make up the DO region of the Rias Baixas (Low Rivers). The rolling green hills and the mist shrouded granite castles and manor houses of the area have often been compared to Ireland, a stark contrast to the parched, dry plains of the Castilian. The region enjoys high rainfall, sea fog and a maritime climate that slows the ripening period and allows for the retention of good acidity and delicate flavours and perfumes. 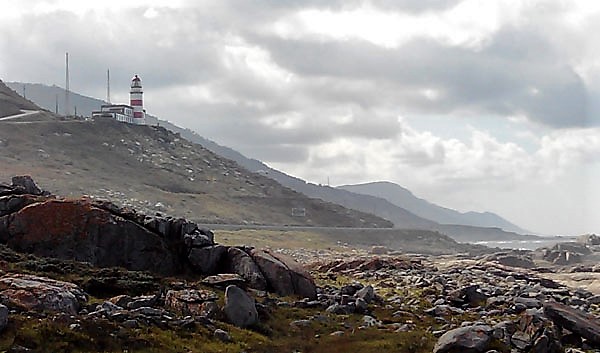 The region only came into being in 1980 and was specifically created because of its ideal terroir for the production of Spain’s finest Albarino wines. In fact when it was created it was named Albarino however, this had to be changed when Spain entered the European Union in 1986, as EU wine laws did not permit a region to be named for a single grape variety.

The soils of Rías Baixas are fairly uniform in profile over granite bedrock. The coastal climate supports mineral-rich alluvial top soils, a combination of clay, silt, sand and gravel deposits. The soil enjoys a high level of minerality, ideal conditions for the production of world-class white wines. 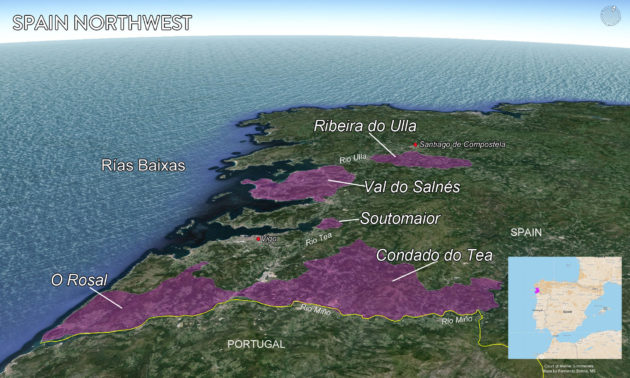 There are five distinct sub-regions in the Rias Baixas:

The newest and northern most Rías Baixas sub-region, this area came into official being in 2000 and is composed of mostly alluvial soil. It is located inland, just southeast of Santiago de Compostela, and east of Padrón, a town famous for fried green peppers, a popular tapa.

Known as the birthplace of the Albariño grape. Located on the Atlantic coast, it surrounds the historic town of Cambados. This is the original and oldest sub-region with the most area under vine and the highest concentration of wineries. The soil is granitic and rocky with alluvial top-soil. It is also the coolest and wettest sub-region.

Situated in the hills at the head of the Rías de Vigo, it is the smallest sub-regions. Soils are light and sandy top soil over granite bedrock.

“The County of Tea” is named after the river Tea, a tributary of the Miño River. Located in a mountainous area along the Miño, this is the second largest sub-region. The most inland, it is a warmer, drier area that the others. Soils contain granite and slate.

Also lying along the Miño River where it joins the Atlantic Ocean, this sub-region forms the border with Portugal. With granite bedrock and alluvial topsoil, the vineyards are terraced along the sides of the Miño. The fishing village of A Guarda offers a picturesque setting to enjoy the foods and wines of the region. 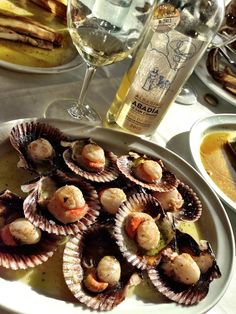 Whilst there are twelve different varieties permitted in the region, over 90% of the wine produced is white wine made from Albarino grapes. The name means white from the Rhine and it is believed that the variety was introduced to the region by Cluny monks in the twelfth century. Albarino is known as Alvarinho in neighbouring Portugal where it is one of the grapes permitted in the production of Vinho Verde.

The thick skinned variety produces a wine with a distinct perfume something like a cross between Viognier, Gewurztraminer and Petit Manseng with notes of apricot, peach and wild honey. The best Albarinos have structure and minerality to go with their ripe fruit flavours; they are light to medium bodied wines with a slight suggestion of weight and power behind their bright, fresh elegance. 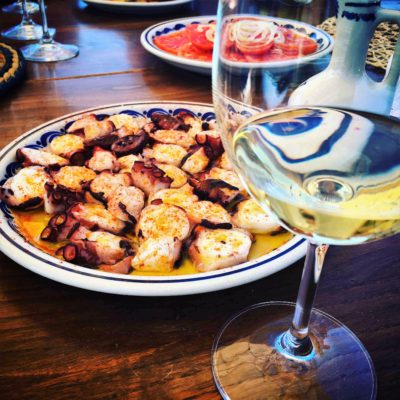 Albarino from the Rias Baixas is just perfect with sardines in oil, light tapas, seafood, curries, salads and it can cope with more than a hint of spice.

An interesting side story is to chart the Albariño variety’s recent expeditions abroad. It is now produced in several California regions and in the early part of the new Millennium attracted the attention of Australian winemakers. May Australian wine companies planted Albarino and began producing wines. However, a visiting French viticulturist in 2008 raised questions about the authenticity of the variety in Australia. Subsequent DNA testing revealed they had been provided with French Savagnin cuttings instead of the Iberian Albarino vines. This lead to producers, some of whom had been making and selling wrongly labeled Albarino wine for nearly a decade, having to either label the wine with the correct variety (Savagnin Blanc) or, pull up the vines and cease production. Given the popularity of Sauvignon Blanc in Australia, virtually everyone decided it would be much too difficult to successfully market a wine labeled Savagnin Blanc and stopped making it. 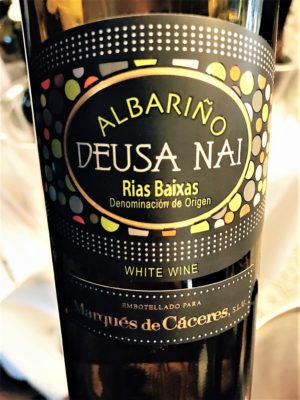