Brad: “Buffy, why is this hideous thing hanging on the wall?!?”

Buffy: “I bought it at Harriet’s gallery opening this weekend. I drank too way too much wine. It looked better last night.”

Brad: “You had wine goggles on.”

We’ve all heard the term Wine Goggles, sometimes referred to as beer goggles by the lads and we are all well aware of the somewhat cringe worthy connotations; we drink too much, we ‘get loose’ as the saying goes. We then find ourselves more attracted to certain people when drinking than we would ever do when sober and soon we are behaving in a more sexually promiscuous manner than we could ever contemplate when not inebriated.  In the morning we are left with a convenient excuse for our questionable behavior, complaining that we had the dreaded ‘wine goggles’ on.

However, a couple of recent studies from opposite sides of the globe have suggested that there might be something more to this convenient little excuse and it starts to look a lot more like an inconvenient truth.

Wine Spectator Magazine last December, published an article by Douglas de Jesus that reported a group of researchers in China studied the phenomena and came out with some striking results.

The researchers split up the participants of the study into two groups; one group was given alcohol and the other a placebo. The two groups where then shown pictures of faces and landscapes and asked to rate then for their attractiveness.  The researchers found that pictures rated as low in attractiveness were given higher ratings once alcohol had been consumed. This was solely put down to a deterioration of the eyesight after alcohol consumption.

Social alcohol consumers completed an attractiveness-rating task, in which they were presented with pairs of photographs depicting the same individual, photographed while sober and after having consumed alcohol and required to decide which image was more attractive.

The researchers make no claims as to having conclusive proof of why this happens but, they do put forward some interesting theories in the full paper: http://dx.doi.org/10.1093/alcalc/agv010 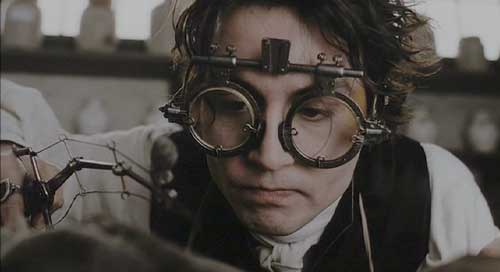