There are not too many wines you try in your life where upon first taste you realize: ‘here is a wine that is going to change everything’.

My first ‘Tignanello’ -interestingly enough, most industry professionals seem to be able to recall their first encounter with this remarkable wine- introduced me to the unfolding potential of a grape variety and a wine region long branded as an endless fountain of cheap, acidic, rubbish in fancy bottles, more often purchased for candle holders than for conspicuous consumption.

Up until Tignanello, Tuscany’s most famous table wine and their most infamous effort, was a totally unimpressive, light, acidic, red wine named Chianti, a blend of Sangiovese, Malvasia and Canaiolo. Chianti would often have southern red varieties added to it, to ‘boof’ the wine up, fill it out a bit and ‘stretch’ it a little further. In warmer, riper years the wine would often be ‘cut back’ with a bit of Trebbiano, a neutral white grape variety.

These wines were packaged in bottles with round bases, appropriately named ‘fiascos’. The bottom half of the bottle was wrapped in a woven straw basket made of swamp weed; this was done so the bottle could actually stand up. With many of these wines it could be argued that it might not have been a bad idea to bottle the swamp water instead, it may have yielded a more palatable result. 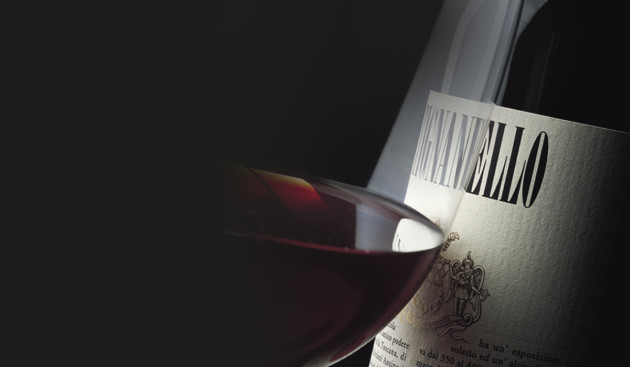 The Roman philosopher, Pliny the Elder, (AD 23 – August 25, AD 79) somehow managed to survive the deluded, murderous rampages of Caligula and Nero however; he could not survive the explosive nature of Mount Vesuvius. He wrote in great detail about wine, viticulture and winemaking throughout his many years as an army and naval commander in the Roman Empire, he is attributed with one of the earliest written evidences of the famous phrase: ‘In Vino Veritas’, in wine (there is) truth.

The Sangiovese grape has been cultivated in the Tuscan area since the time of the Roman Empire and may have been cultivated throughout central Italy by the Etruscans and Ancient Greeks.

So highly regarded was the variety that it was given the name Sangiovese, which is derived from the Latin: Sanguis Jovis, ‘The Blood of Jove, (Jupiter)’.

Jove, (Jupiter) sits atop of all the Roman gods as the King of the Gods and the God of Sky and Thunder.  Jove is the chief deity of Roman state religion throughout its Republican and Imperial eras. It is to Jove that the Romans sacrifice more than any other; it is through Jove that the Romans believe they have a pact with the gods and it is through Jove that the Romans understand that they have the right to rule the world. Sangiovese is therefore no common variety, no simple wine grape; it offers more than just mere juice. Sangiovese yields the blood of the most honored and feared of all of the gods in all the levels of the universe: forget about what soils it prefers, the thickness of its skin, its ripening window, its ability to retain acidity, its flavours, growing habits and the best clones; for now just remember this, Sangiovese is divine, and for all history it has been thus.

The Romans believed wine a daily requirement and it was deemed an absolute necessity by the Roman Army. Soldiers would not lay siege to any city until the wine supply was in place and available to them, local water and local beverages could not be trusted; they may even be poisoned before being abandoned. Wine was used to treat wounds and as medicine for a great many ailments, not least as pain killer. However, to have the blood of the highest of all gods coursing through your veins, charging into battle, was to ingest a sense of invincibility, bottled courage, immortality, it was to tip the scales of destiny inexorably in your favour.

Yet, for all its legendary powers as a nepenthe, even Pliny the Elder complained that there was so much adulterated and fraudulent wine on the market that even the Roman nobility could not be assured that the wine poured at their tables was genuine. 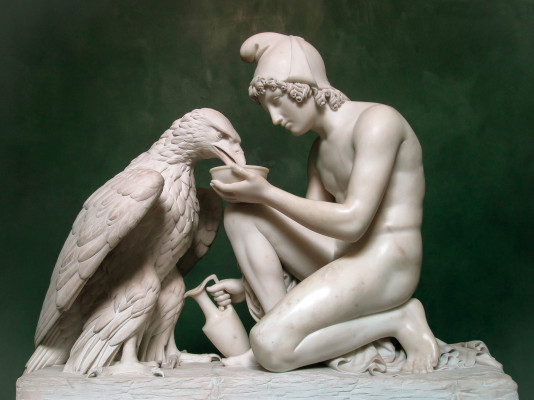 As early as the twelfth century, the Tuscan wines that came from the Chianti region at its heart were famous, the varieties were not yet identified but, the region was prized for the quality of its vino and agricultural produce.

The Chianti region sits between the towns of Florence and Siena and for as long as anyone cares to remember the people of these two proud cities fought for the right to govern the bountiful territory that separated them. Many young men were killed in countless battles.

The two cities decided on a pact to establish once and for all where the boundary between the two cities lay and who had the right to govern the rich lands of the Chianti region. At dawn on the chosen day, each city would wait until their designated cockerel crowed and then send forth a rider hurtling in the direction of the opposing city: at the point where the two riders met would forever mark the border between the two and young men would no longer have to die.

Siena chose a healthy white cockerel, they tended and cared for it with meticulous attention, Florence chose a scrawny black cockerel which they then locked in a dark room and fed nothing. When the Florentine officials arrived in Siena that night to check upon the white cockerel, they were pleased with what they saw. When the Sienese officials arrived in Florence to check upon the black cockerel, the startled and starving beast crowed the very moment they opened the door, even though it was still the middle of the night. The Florentine rider needed no further encouragement and bolted immediately.

At daybreak, the white cockerel in Siena did its job and crowed in the new day, the Siena rider set off, only to be stunned just 12 kilometers from the town center, to find his rival racing along in his direction. The Florentines had won the day, the Sienese literally cried foul and the disputes lingered for some time to come but, the symbol of the Gallo Nero the ‘Black Cock’ became the symbol of Chianti and remains the symbol of the Consorzio del Marchio Storico, the body charged with the task to defend the integrity and quality of Chianti and Chianti Classico to this very day.

Sangiovese is a difficult variety to get the best out of, the fact that it is a bit of a chameleon in the vineyard does not help, there are many, many mutations and differing forms of Sangiovese, clonal selection is critical to producing good wine. Sangiovese can produce fresh, light, tangy wines that are perfect with a pasta lunch, or brooding, intense, full bodied wines like those of Brunello di Montalcino.

For much of Chianti’s history it appears that quantity was a far more important matter than quality, producing oceans of red swill to wash down the meal appears to have been the main aim of the region.

Sangiovese challenges those who attempt to do more than this, it can break the will of those who wish to produce genuine quality, attention to every detail in the vineyard and winery is crucial; vintage variation also has a dramatic impact on wine quality from year to year. 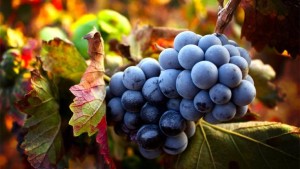 Just south of Siena on the stony hilltops of Montalcino, the Sangiovese Grosso clone achieves perhaps the finest expression of pure Sangiovese in the wines known as Brunello di Montalcino, (brunello is the local name for the Sangiovese Grosso clone). Here the proximity to the sea, (just twenty kilometers away) and the altitude of the vineyards, (over 650 meters above sea level) provide for an important diurnal temperature variation, with the dry warm days and long cool nights ripening the grapes slowly and retaining good natural acidity and rich complex flavours.

The ‘Tramontane’ (across the mountains) is the cold, dry wind that roars through the region from across the top of the Alps and contributes to concentrating and drying the berries.

Brunello di Montalcino wines must be 100% Sangiovese; it is the only region that allows for 100% Sangiovese because the area is considered perfect for the variety. The wines are only released at a minimum of 5 years old and are required to spend a minimum of 2 years in oak barrels. The best Brunellos are brooding wines with great depth and complexity, their good acidity sees them as attractive food wines, especially with game and smoky meats. They are often awkward and rustic wines in their youth and need up to a decade in the bottle to start to show signs of harmony and maturity. 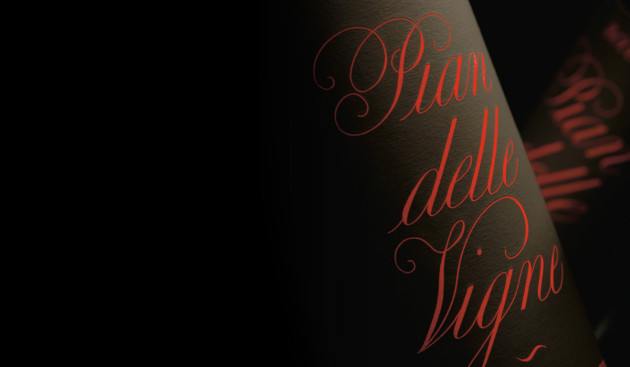 Next Article: ‘From Gods to Super Heroes’