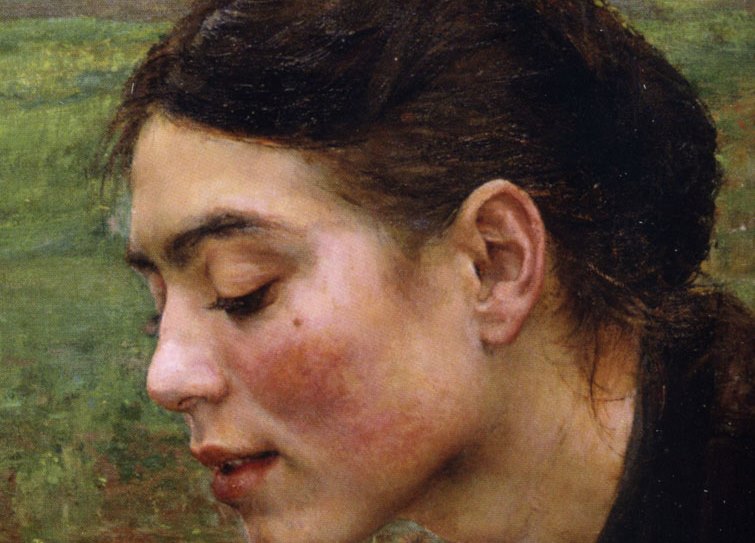 Over twenty years ago, I was spending a pleasant Sunday afternoon at the National Gallery of Victoria, slowly meandering through an exhibition of paintings by Vincent Van Gogh. The exhibition also happened to feature works by some of the artists who had influenced Van Gogh and the artistic movement to which he belonged. As I came to the end of a wall featuring Van Gogh’s works, the program invited me to turn on my left shoulder and proceed to the other side of the room.

I turned, I saw it immediately, its impact on me was to have me draw a short, sharp breath, I had to look again, I was taken aback, my mind couldn’t quite register or believe what it was that I was seeing, I was overawed, then, just as quickly, completely amazed.

I was starring for the first time in my life, at Jules Bastien – Lepage’s, ‘The Potato Gatherers’, (1879). A work so striking that this first encounter with it is one that I shall never forget, it left me breathless like no other painting had ever done before, nor has one ever since.

The gallery’s curator had certainly done his or her job to perfection: The Potato Gatherers is a large work, almost two meters high by two meters wide; to my eye, at this distance, the central woman in the painting seemed to be almost standing right there in front of me, outside of the painting itself, with a hyper-reality that -just for an instant- at first startled and then captivated me. (Or, was I all of a sudden standing with her out there in the field, transported? For a nanosecond I could not be sure.) That wretched field she stood in; threatening, almost confronting her beauty, grey skies, damp, sticky mud, hard labour, abject poverty even cruelty.

No print can ever do justice to Bastien – Lepage’s brilliant technique and accomplishment, at its first exhibit at the 1879 Salon, it not only showed some of the earliest photography assisted composition, Critics of the day realized they were witnessing something more than just greatness. Set against the incredible detail and polish of the central figure was a background that was less focused, less detailed, yet somehow more dramatic. This technique invited more interpretation into the work, more emotion and depth and it gave a glimpse into a new type of art, new directions and a new future for painting. A future evolving now that photography was taking over from realism and life-like portraiture.

On the 24th of April, 1874, the satirical Parisian newspaper, Le Charivari ran an article by the Art critic Louis Leroy titled: ‘The Exhibition of the Impressionists’.

‘Impression, I was certain of it. I was just telling myself that, since I was impressed, there had to be some impression in it — and what freedom, what ease of workmanship! A preliminary drawing for a wallpaper pattern is more finished than this seascape.’

He was writing a negative critique about a painting in the exhibition by Claude Monet titled, Soleil Levant, (Impression: Sunrise). The title of Leroy’s story had been inspired by the painting’s name. 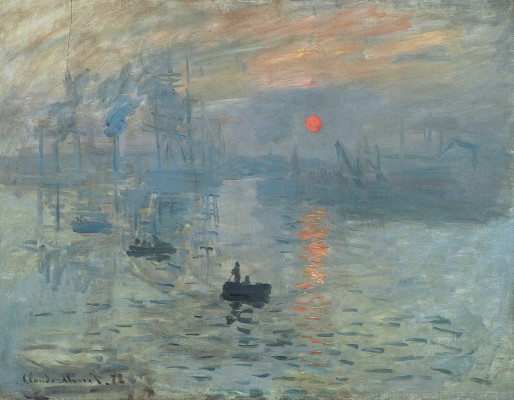 When asked about the name of the painting Monet explained, ‘Landscape is nothing but an impression, and an instantaneous one, hence this label that was given us, by the way because of me. I had sent a thing done in Le Havre, from my window, sun in the mist and a few masts of boats sticking up in the foreground. … They asked me for a title for the catalogue, it couldn’t really be taken for a view of Le Havre, and I said: ‘Put Impression.’

Despite the negative review, Monet and his fellow exhibitors liked the name given to their work by Leroy and quickly adopted it for their artistic movement, Impressionism now had its name and painting would never be the same again.

Creativity was released on the canvas, painters were free to be whimsical and they were given license to explore and exploit the one thing that photography was as yet unable to deliver, colour.

For a time, I was inspired enough to attend the Melbourne School of Art, studying oil painting. I grew to love the surrealism of Dali, the colours of Matisse; Picasso’s Guernica still moves me whenever I look at it.

However, it was Bastien – Lepage’s ‘The Potato Gatherers’ that taught me as a young man, that the visual arts could have a physical effect, as well as a profound effect on my being. 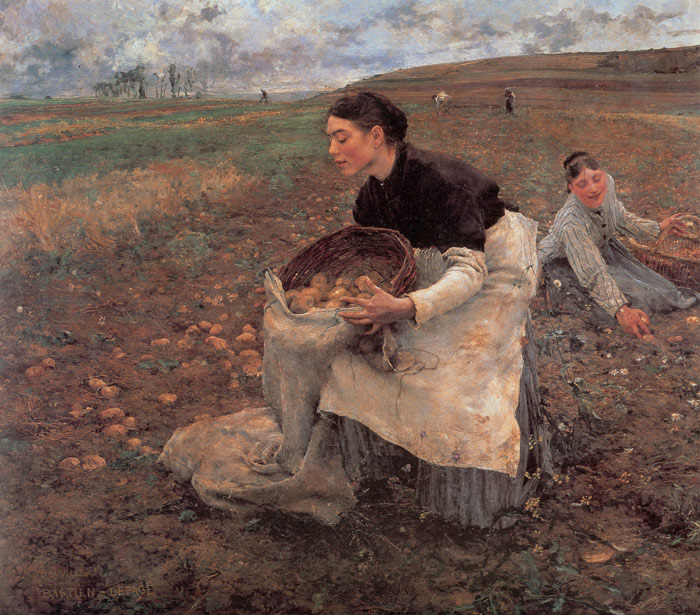