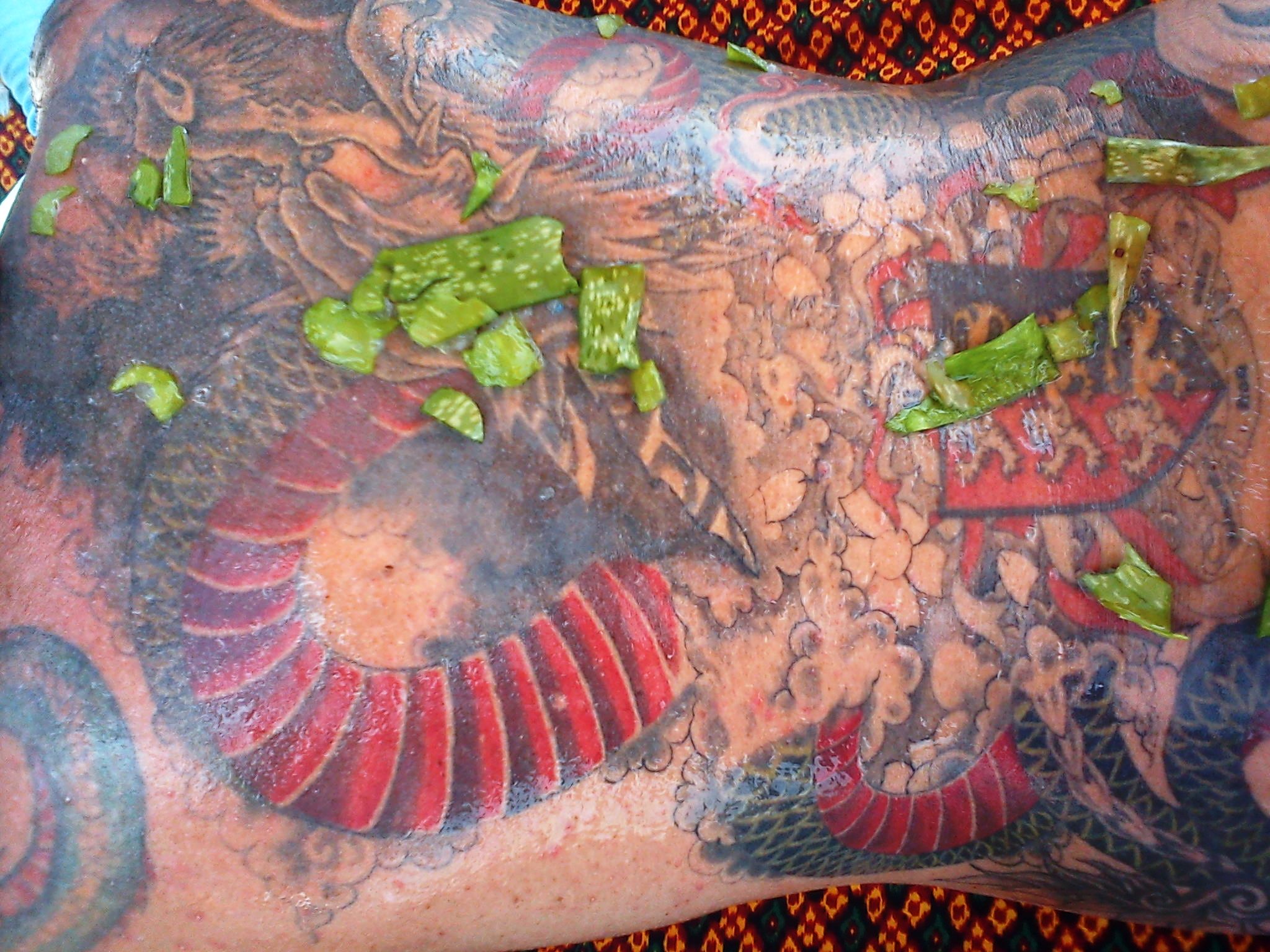 Otres, stretched out on a quiet beach, forced to lie there with nothing more to do than listen to the water gently lapping onto the sandy shore, it was hell at first, I was struggling to cope. Then sometime about the afternoon of day two or the morning of day three it clicked, I switched off, forced to relax I rediscovered the way to do it and all of a sudden it was paradise.

It had been two years since my last trip to Otres Beach and in truth, about as long since I’d relaxed at all; much had changed, white, shiny, expensive looking new resorts had gone up but they all looked pretty empty, Otres No. 2 had also swollen with new money but, the rubbish spat out from the river mouth and strewn along the shore had me quickly fleeing back to Otres One. Sihanoukville was still pretty much the same and Ochheuteal and Serendipity still looked like the kind of beaches I preferred to avoid these days, sure, I would have had a lot of fun there in my wayward youth but, just not up for the hustle and bustle anymore. 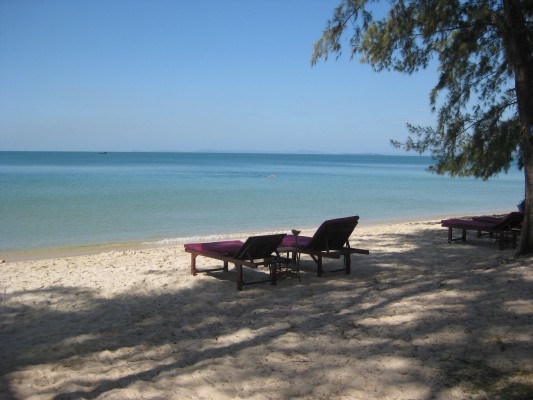 I was with an old mate from the home country, a closest friend from my earliest childhood -we would hang together till the dying days of our wildest era, He was now a memory whom I hadn’t seen in the flesh for twenty odd years. He works a mind-bendingly stressful job mentoring and caring for the lost, neglected and abused youth that Australian society no longer knows what to do with, most of them are not entirely grateful for his assistance and hell bent on their own paths to destruction. So when Marko told me he was heading over and all he wanted to do was get away and chill on a beach somewhere, fading memories of my own last attempts at letting go of the stress pointed me in the direction of Otres.

I was a little nervous about seeing my old pal again, these days he looks like a big, hairy,  tattooed, outlaw biker whose physically intimidating features are starting to be worn away by the ever creeping passage of old age. However, looks can always be deceiving, he is intelligent, compassionate and genuinely sincere, he’s got a big ticker and a dry, sarcastic wit.

As we talked, I quickly came to admire his work greatly and his journey over the last two decades, a dear ‘brother’ in my youth he quickly became a respected friend in adulthood: he’s somewhere between a knockabout ‘blokes’ bloke and the salt of the earth and he is still very much a dear and great person to know on my life’s journey. It’s as if the last twenty years have been merely a pause to give us plenty of stories to share and to massage memories into tales more legendary and spectacular than if we’d retold them any sooner. Recast now, we once were kings of all the world we knew, giants in Lilliput, today, the deep lines on our faces, the scars on our bodies and the creases in our minds bare testament to all the questions asked and answered of our lives since.

It felt comforting and comfortable having my old mate around, I’ll miss him and genuinely hope he’ll be back. 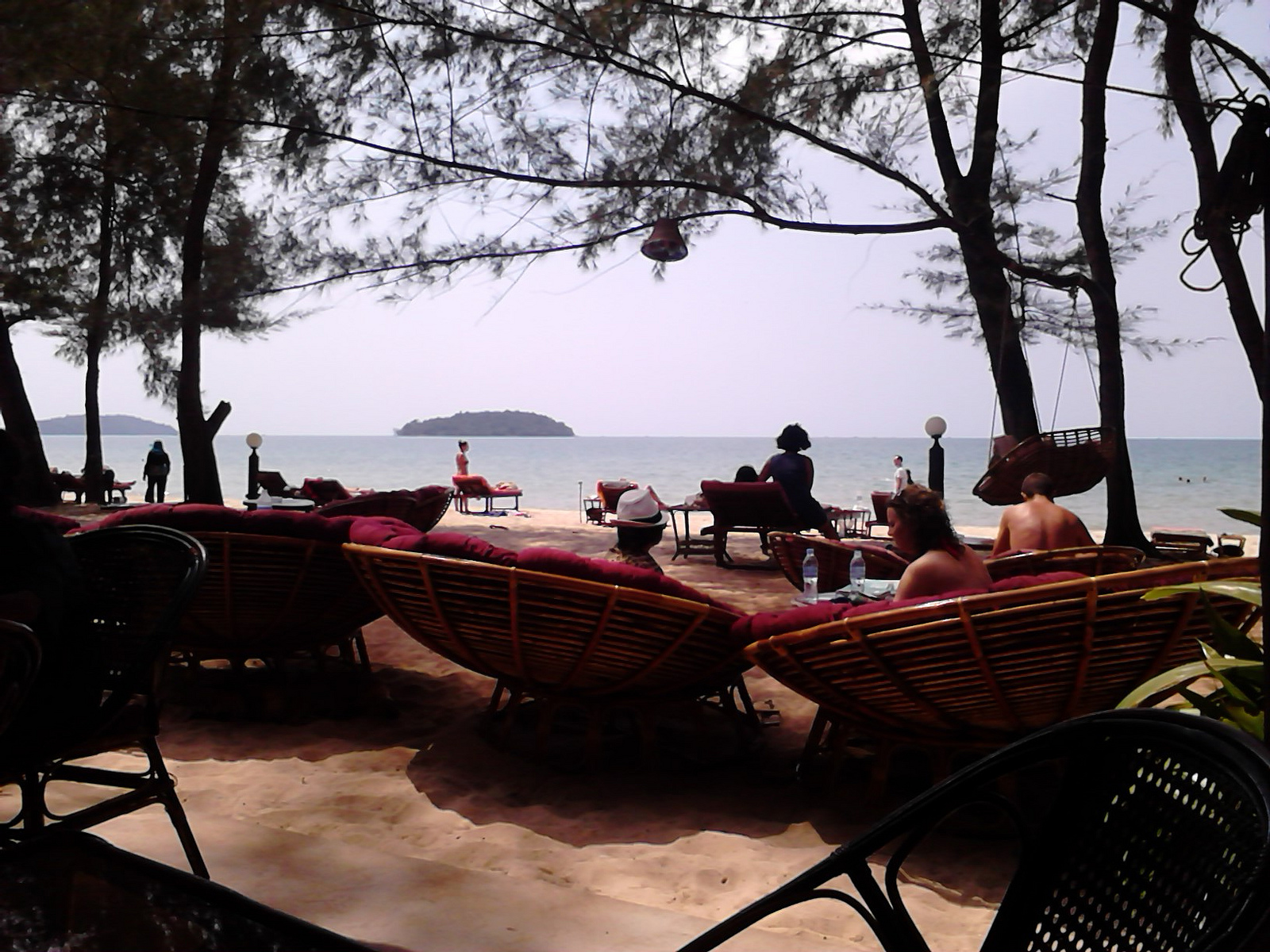 Back at Otres we spent our days at Papa Pippo, the last block of bungalows on Otres One, the water was clear and warm, the beach beds transporting and meditative, the fresh made Italian pasta to die for and the sunset gin and tonics a perfect nepenthe for the soul.

Old ladies quickly adopted us on the beach, a potential stream of financial security to them sure, yet they endeared themselves to us with genuine concern and affection, it was commerce of the most touching kind. Their massage skills were incredible, stress was exorcised from my body, stubborn demons in the form of knots were shown no mercy, one day they noticed we had been burned by the sun so, returned the next morning with fresh aloe to sooth our skins, their children adorned us with bracelets and fresh juices and smoothies flowed, I was becoming intoxicated on fresh air, healthy food and clean living. The old ‘massage’ ladies warned us about their younger rivals along the beach, imploring us not to heed their siren song; ‘They do not know the techniques, they are not strong enough, they are not sincere’ we were warned, although we really needed no convincing. 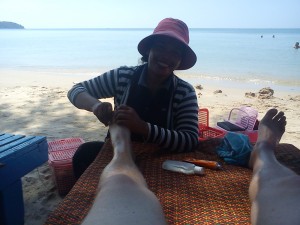 I was falling in love with Papa Pippo, had I died and gone to heaven? Unlikely, but I wasn’t so sure anymore, I did not want to test the chimera on the horizon -to find the real world still lay back beyond it- just yet.

One night a magnificent barbecue on the beach washed down with delightful alcohol failed to put even the merest dent in our wallets, the rooms, the booze, the food and the massages were all somewhere between ridiculously cheap and exceptional value for money.

Bobbing up and down in the warm clear waters, sleeping on or strolling along the beach, dining on beautiful rustic food and paysano vino, this was how we now spent the days, could there ever be any turning back?

On the second last night we drank cheap local beers and sang impromptu karaoke with a bunch of Austrian tourists. On the second last day I saw a man with white hair and a grey moustache, sitting at the bar dressed in a black bow tie and a women’s black bikini, that evening I met a young Englishman who couldn’t remember a single sentence 30 seconds after telling it -which made his stories all the more interesting- and I knew then that it was time for the wizard of Oz to send me back to Kansas.

When the taxi pulled up at my home in Phnom Penh I was tired and achy after the long drive and a little frazzled after the headlong juggernaut that is any long drive in the Cambodian countryside. I was glad to be home and back into my life in the Penh but, I reflect on my time at Otres like a jewel that fell from the sky into my lap, a week of relaxation, reminiscing and peeling back layers and years of stress and toil.

Thank you Cambodia, thank you Papa Pippo and thank you Marko 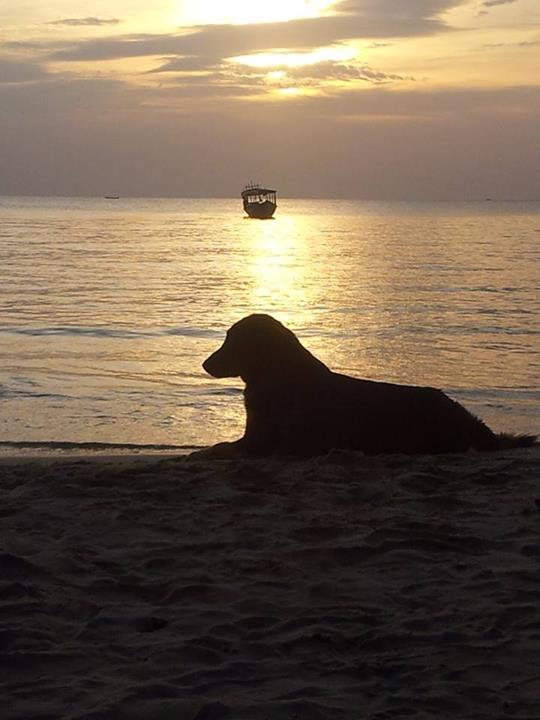