Facebook
Home Food Its life Jim, but not as we know it! 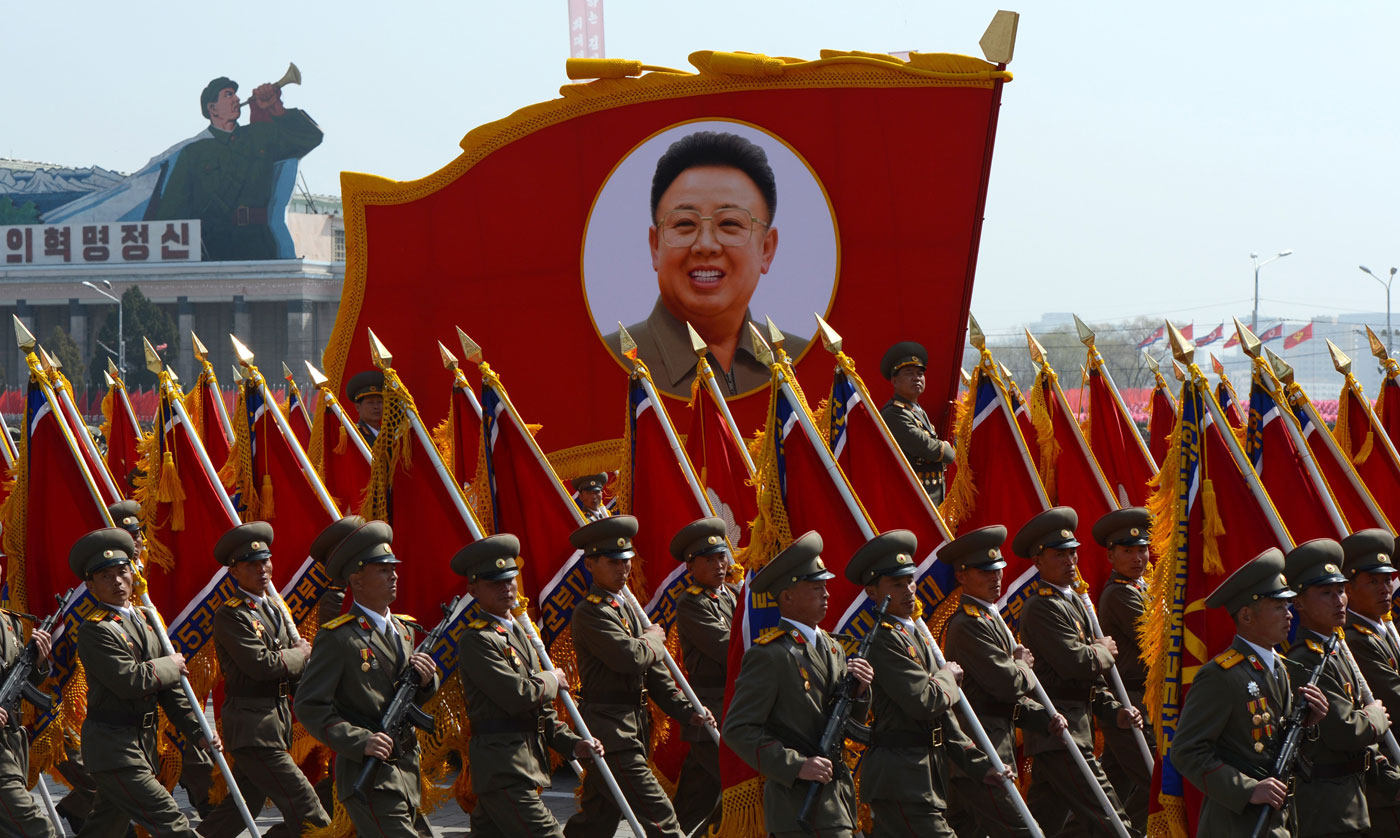 For most of us, life north of the 38th parallel is impossible to witness first hand and is only ever glimpsed through the eyes of the, (mostly western) media. Who can ever forget the award winning cover of The Economist: glorious leader, Kim Jong-Il, waving stiffly to the crowd, resplendent in trademark 50’s-jump-suit-cum-grey-safari-suit, under the heading ‘Greetings Earthlings’!

However, for those of us who enjoy a little ‘covert activity’ in the Penh, we have the opportunity to slip behind the bamboo curtain and take in a little, living-la-vida-loca, North Korea style, seven nights a week -or at least life according to the propaganda machine of the DPRK.

Pyong Yang II restaurant, 400 Monivong Boulevard, was opened in 2003 as a sister restaurant to Pyong Yang I restaurant in Siem Reap. Together, they form part of a chain of over 300 such restaurants scattered throughout Asia and reportedly operated behind the scenes by Bureau 39, the foreign capital generating arm of the Korean Worker’s Party.

We were greeted at the door by a pair of tall, beautiful waitresses and seated at one of the large, round, heavy wooden tables. The room seats about eighty and on this night was almost full. Our waitress spoke moderate English and Khmer, she seemed happy to chat. She told me that all of the staff are North Korean, University graduates, here on three year ‘internships’. She suddenly became remarkably vague when I asked her for her impressions of Cambodia and simply did not answer my follow up question as to whether she had actually been able to get out and see some of Phnom Penh. There are ten waitresses who work the room; all resplendent in long, cherry blossom dresses with white frills and sensible shoes.  One interesting feature I noticed about our charming waitresses, they all appear to be exactly the same height this, then led me to notice the different ‘heel’ heights of their shoes! Attention to every little detail?

The menu is vast, well over one hundred dishes are on offer in a photo album styled menu with English subtitles, most plates on offer being of the ‘sharing’ variety and ample in size. The dishes look typically Korean / Chinese with plenty of seafood, pork and beef options.  Prices range from $5 up to $17. There is a compact list of international beers, soft drinks, whisky and cognac along with a reasonably extensive list of ‘North Korean’ wines (various sakes, fruit wines and flower wines) that range from $20 up to $130 per bottle.

All the main dishes were absolutely divine, fresh, clean, tender flavours of high quality, fresh produce, well prepared in an obviously clean and well trained kitchen. The rice, (ironic to me) was the only disappointment, gluggy, over cooked and overly laden with cabbage but, the sheer quality of the rest of the food rendered this slip-up unimportant.  The spice and sauce combinations were handled with perfect refrain, accentuating the delectable flavours of the superb produce.

The Charm offensive really takes off at 8pm when waitresses are transformed into stage performers, offering a selection of Chinese, Khmer and Korean songs (which, it has to be said, sound very stirring and patriotic).

The numbers are all performed to choreography; dancing is of the torso swaying, arm waving variety and various numbers highlight props such as tambourines, scarves and fans. The mostly Khmer audience appreciated these ensembles with generous applause and the waitress/performers were happy to pose for photos with diners after the show.

Towards the end of the evening our waitress was table-side, serenading my Khmer girlfriend to see if she recognized her Khmer repertoire -for me, it was all very cute and almost touching to witness – my obviously amused girlfriend informed me that all of the Khmer songs offered where from the 1950’s and early 60’s, one in particular could be translated into English as basically ‘Just be quiet and enjoy the food’!

We left the restaurant, happy, sated, lifted of spirits, with smiles on our faces we were in a cheerful mood all the way home. The experience had been completely delightful and the food really was of a very high standard.

Yet, throughout the entire evening the voice inside my head had me trying to spot any cracks in the façade, to peer into a harsher reality lurking somewhere in the background. This is, after all, a country where millions face the threat of starvation every year and millions more survive on international food donations -the abundance, diversity and quality of the produce on offer to us seemed perverse at times.

My girlfriend -who said she has only some small notion of North Korea and its position in the world, through local Cambodian television – thoroughly enjoyed the experience and wants us to return again soon. On the quality of what the evening had offered I would not hesitate, that is if my conscience will let me.