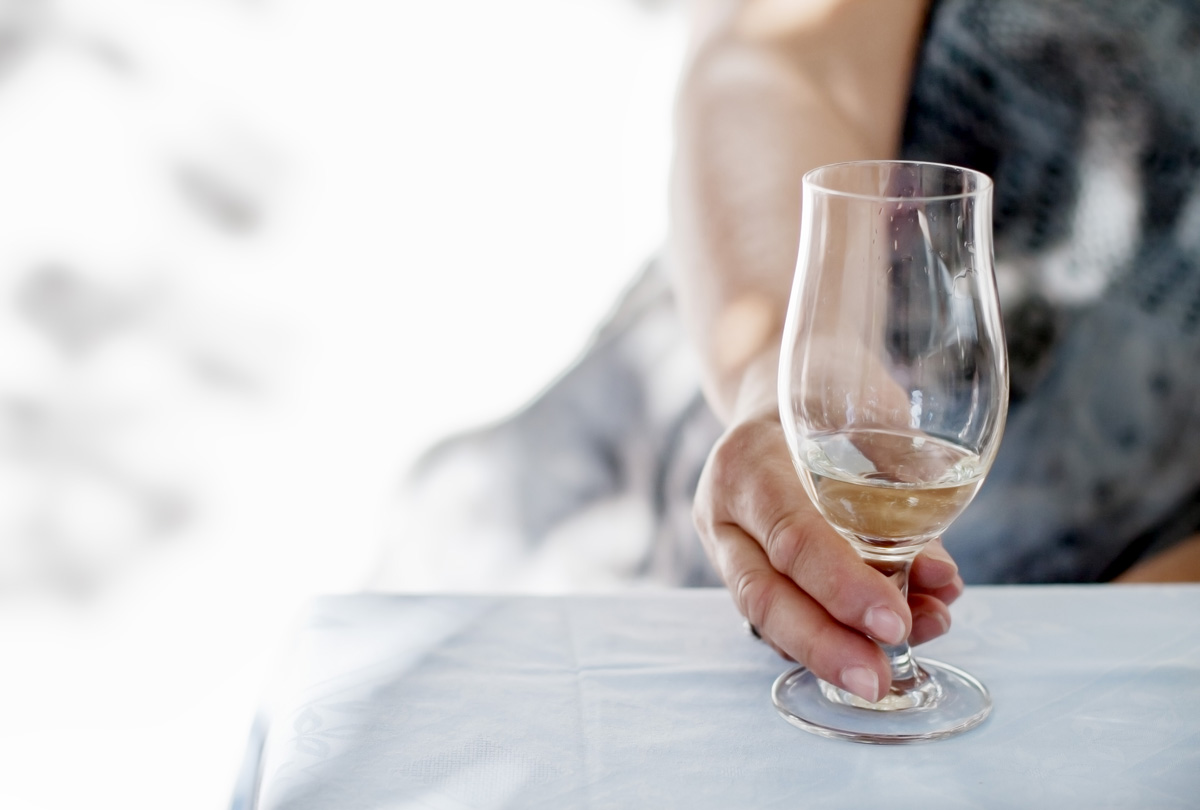 …mintiness with peaches and strawberries …a chocolate smokiness with leathery insinuations …hessian …apes and peacocks …and a faint, elusive yet startling aroma of wine…”

Thus describes the bewilderment, exasperation and downright skepticism expressed by uninitiated imbibers when it comes to decoding wine tasting notes (including my own).

What is the point of all this concocted jargon and these outpourings of adjectives? Does it have any real meaning or purpose? Is it helpful, or merely designed to baffle us?

Immanuel Kant was said to be a man whose routines were so precise that locals could set their watches by them. He always took lunch at a local restaurant in Konigsberg at one, eating and drinking wine heartily, occasionally he was said to have consumed enough wine to forget his way home. In his monumental Critique of Pure Reason (1781), Kant postulated that we can never really know a ‘thing in itself’ we can only know of a thing what we experience of it with our individual senses.

This is where language and social interaction become important, we use language to convey and receive notions from others that may then help us determine if what we have perceived is the same, or similar to what others have perceived of an object or event.

Yet, as we well know, words often fail us.

Using the English language in all its forms and variations think of the available lexicon to specifically describe smells and tastes, one quickly realizes that there is an extremely limited vocabulary at one’s disposal. We simply do not have that many words to describe the myriad of tastes and especially smells that we are subjected to. How many specific ‘smell’ words can you quickly write down? Not that many is there?

One of the main reasons for this phenomenon comes down to what is going on in our heads when we smell and taste. Much of the sensations derived from assessing wine are smell derived; the nose is an incredibly talented and underutilized tool, it is believed that humans have the ability to store and discriminate between as many as five thousand different odors in memory.

The olfactory blub reports on these smells directly into the limbic system of the brain, this is sometimes referred to as the old brain or the mammalian brain, a small section of the brain housed deep within the familiar grey-matter image we all know. This is the oldest part of the human brain in an evolutionary sense, it is the part of the brain that communicates with the rest of the body through the release of chemicals, governing our body temperature, our moods, our physical and instinctive reactions, our behavior and it is where we store our memories. This is where terms like ‘the smell of fear’, ‘the smell of victory’ and ‘the smell of home sweet home’ can begin to make sense to us.

In countless wine classes I’ve conducted for professionals and amateurs alike, the most common difficulty tasters face is not in assessing the wine but in describing what they are tasting and smelling, finding the right words to convey their sensory observations.

Finding the right words can be difficult because we develop language in a completely different and far more recent development of the human brain, the neo-cortex. This is the area of the brain where logical thought happens, where we use reason and logic to solve problems and make decisions. It is interesting to note that these two different parts of the brain, (the limbic system and the neo-cortex) often appear to be in conflict with each other; this is where terms like ‘head over heart’ and ‘mind of matter’ begin to make sense.

This shows that our sense of smell and taste is governed by a much more primal and instinctive part of the human brain, one where there was no need for language and no ability to develop it -that came much later in human evolution.

Ludwig Wittgenstein was described by no less than the doyen of English Philosophy Bertrand Russell as “The most perfect example I have ever known of pure genius”. In his seminal work ‘TractacusLogico-Philisophicus’, the notes for which he compiled whilst serving in the trenches during world war one, Wittgenstein suggested that language was like painting a picture and he then attempted to define that of which we could and could not speak. Wittgenstein concluded that with the Tractatus he had resolved all philosophical problems, and upon its publication he retired: according to an end of the century poll, professional philosophers in Canada and the U.S. ranked it as one of the five most important books in twentieth century philosophy. However, later in his life and published posthumously, Wittgenstein’s ‘Philosophical Investigations’ all but totally refuted this previous work: he had come to understand language as a sort of word game, where one had to understand their definitions in the context of their use at the time.

In wine speak; it certainly does help if you have some idea of the rules of the game.

Given the absence of unique and specific language to describe specific aroma and flavor we are often left to use comparisons or similarities as descriptors for the aromas and flavours in wine (smells like this, tastes like that). This is perfectly acceptable because many of the aroma compounds found in ripening grapes are similar to those found in other fruits, vegetables and plants. Many of the descriptors used to describe secondary characters in the wine are merely descriptors of a material or process used to make the wine (oak barrels, yeasts, etc.), whilst other terms describe texture and structure (creamy, smooth, tannic, etc).

However, once you start making similarities to describe characters in wine and unlocking the connection between smell and language from smell memory, almost anything can and often is tossed up as a descriptor for wine. It appears that some wine writers even play on this as a sort of false air of their own sophistication and ability.

To try and derail this potential tower of Babel, UC Davis University in California developed its own version of the Rosetta Stone, the ‘Wine Aroma Wheel’; a tool used widely throughout the world by industry professionals to help develop a universal language for the description of wines. It is a very useful tool that takes commonly made similarities in wine back to their origin or source, be that primary, secondary or tertiary.

Get on the net and have look at the Wine Aroma Wheel and use it to try and decipher the tasting notes on the back label of the next bottle of wine you purchase -then see if you agree. If you still can’t make head or tail of it don’t be concerned, for I will leave with a final thought from another of my favourite philosophers, Arthur ‘Ugly Arty’ Schopenhauer, who famously deduced that everything in the universe was actually a single entity, a ‘great oneness’, it was merely human beings in their observations that made any differentiation at all.