Dame Nellie Melba, famous for more than 40 years as the greatest singer of the lyric stage of her generation, and as one of the most distinguished of Australians, died yesterday at 4.40 p.m. at St. Vincent’s private hospital, Sydney, where she had been a patient for about five weeks.

The news of the fatal termination of her long illness will excite profound regret in the great art centres of the world abroad, and will bring a sense of personal loss to her fellow countrymen and countrywomen of Australia, a land for which, in her most notable triumphs abroad, she retained a passionate affection, and of which she was invariably a sturdy champion.

The course of her illness was followed with sympathetic interest in all parts of the world, and constant messages were received at the hospital. Three cable messages came from the King and Queen; the Governor and Lady Game made continual inquiries as to the progress of the distinguished patient, and among the cablegrams was one yesterday from Viscount Novar, formerly Governor-General of Australia.

By the death of Dame Nellie Melba Australia loses her most representative daughter, and the world a singer who followed Adelina Patti as the reigning operatic soprano of her generation, and her century, in Europe.

The Melba voice, which ranged from B below the lines to the highest F with a singularly even and silvery quality throughout, thus showing the slightest possible difference in the registers, was essentially feminine in its fascination in that respect it did not reflect in any way the character of its wonderful possessor, who was almost virile in her resolute determination to succeed at all costs, and her shrewd business talents.

Dame Nellie Melba’s last public appearance in Sydney was with this company, when she sang on August 7, 1928, in her old role of Mimi in the second and third acts of La Boheme, and as Desdemona in a scene from Otello, which included the Willow Song and the Ave Maria. Her voice surprisingly retained its purity and freshness, and her insight, superb judgment in the art of bel canto, and effortless ease, were as delightful as ever. The packed house gave her a great reception.

Melba’s links with the Yarra Valley go back to before her birth when her father, David Mitchell, purchased the Steele’s Flats cattle station by the Yarra River. In the 1870s Mitchell became a councellor of the Yarra Valley town of Lillydale, (1875-1883) and established the Cave Hill Marble and Limestone Quarry, which was officially opened in 1878.

With the addition of a dairy, cheese making and bacon curing plants, Cave Hill became the district’s largest employer. In 1892, Melba’s father planted one of the region’s early vineyards at Stringybark Creek.

As a child, Melba and her family visited the Yarra Valley on holidays and to her it was home. When Melba returned to Australia in 1902, there was a flurry of excitement in Lillydale which was determined to welcome her in style.

The children of the Yering Primary School had erected a floral arch with the single word, Welcome outside St Huberts. At Coldstream, the entourage was escorted by 100 horsemen from the Yarra Glen and Lilydale Hunt Club accompanied by children on decorated bikes.

Across the Warburton railway bridge at the eastern end of Main Street, decorative arches bore the words: Lilydale Welcomes Melba. At 2pm, Melba and her father passed under a triumphal arch erected at the intersection of Main and Castella Streets and arrived at the band rotunda which like the town was decked out in flags, ferns and greenery.

The special Illuminated Address was read by the Shire secretary, Mr McComb and formally presented by the Shire President. The formalities over, Melba moved on to a reception at Cave Hill followed by afternoon tea.

Keeping a promise made on an earlier visit, Melba performed at Lilydale on March 23, 1909.

It was at this time that Melba purchased St Leonards (formerly Callion Lodge), a 60 acre property at the intersection of Maroondah Highway and the present Melba Highway (named in her honour) at Coldstream.

The small home on the property was extended by architect John Grainger and was re-named Coombe Cottage.

When she died in Sydney on February 23, 1931, the world went into mourning. Her body was brought to Melbourne on a special train and the cortege passed through the city to the funeral service in Scots Church in Collins Street, (a church her father David Mitchell had actually built). Her wish was to be buried at her beloved Lilydale in the Yarra Valley with her mother, father and family.

The hearse travelled to Lilydale where the coffin was moved to a gun carriage for the final journey to the Lilydale Cemetery. Fittingly, on her grave is Mimi’s words from La Boheme: Addio senza rancore, Farewell without bitterness. To the people of the district, Lilydale’s own Queen of Song was Home Sweet Home.

Coombe Cottage, is now owned by the great-grandsons of Dame Nellie Melba, Lord Samuel Vestey and the Hon. Mark Vestey, today, the property has a vineyard and produces wine under its own label. 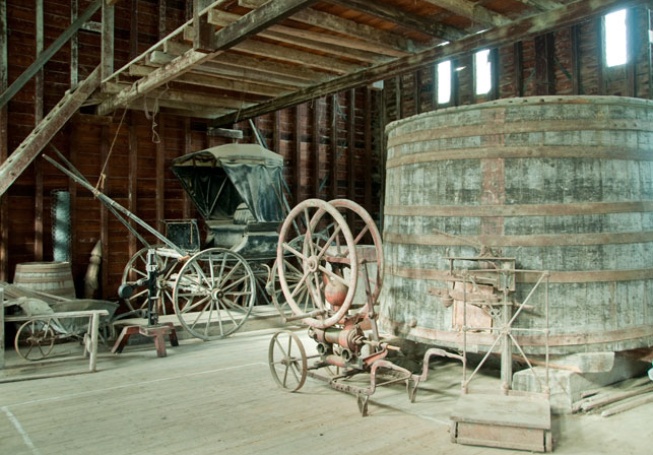 Birth of a Wine Region

The Yarra Valley is surrounded by a series of ranges that form the southern tip of the Great Dividing Range, the highest peak in the region is Mount Dandenong, (originally known in the native tongue as Corhanwarrabul) this was the summer hunting place of the Bunurong people from Western Port and the Woiworung people from the Kulin nation.

Botanist Daniel Bunce’s 1840s foray into the Dandenong Ranges marked the first recorded European expedition. Wholesale clearing began in the 1850s when the settlers moved in, before the state forest was established in 1867.

The Yarra Valley is the earliest wine region in the South Eastern Australian state of Victoria, the first vines were planted by the Ryrie family in 1838 on their property Yering Station.

During the 1850’s the Ryrie family returned to Sydney and Paul de Castella took ownership of Yering Station, developing the property from what remained primarily a cattle station into a landmark of winemaking in Victoria.

During the 1850’s Yering Station began to take shape. Paul de Castella extended the vineyards and cultivated the varieties with new cuttings imported from France. The winery was built to accommodate brand new equipment imported from the 1859 Bordeaux Exhibition in Paris. Yering Station won the Argus Gold Cup for the best Victorian vineyard. For years the Yering Station vineyard was one of the largest in the area and as visitors and holiday makers to the Yarra Valley began to increase, wines from this new region began to make their mark on the world.

In 1889 Yering Station won a Grand Prix at the Universal Exhibition in Paris. Only fourteen such awards were ever granted internationally. The winery received the sole award for a wine produced in the southern hemisphere.

By this time the Yarra Valley was one of Australia’s most important premium winemaking regions. The grape plantings at St Huberts, Yeringberg and Yering Station alone, (some 430 acres) exceeded the total of the plantings in the Yarra Valley almost 100 years later.

The quality of the wine being produced in the Yarra Valley was of the highest order: at the 1881 Melbourne International Exhibition St Huberts received the grand prize awarded by the Emperor of Germany for the Most Meritorious Exhibit in all categories.

Given that the exhibition covered every type of agricultural and industrial produce (and that there were 711 entries in the wine section alone) the achievement of St Huberts was indeed remarkable; the other exhibits vying for the grand prize included a steam engine and a felt hat.

Yeringberg’s wines were being exported to Europe and collected awards in London, Paris, Bordeaux and San Fransico in the United States.

“Captain Acland Anderson, and friends, including his cousin J.A. Panton… A French sea-captain to whom my uncle had extended hospitality had sent him, as a parting gift, some cases of Pommard, which was much appreciated as a welcome accompaniment to the evening meal after a strenuous day in the open air, at these occasional foregatherings. One evening, my uncle’s announcement ‘No more Pommard’ was met with cries of consternation. But he produced some wine, made locally by an old Burgundian Swiss employee from the original Ryrie vineyard. It was brought from the cellar in a hand-wash jug and sampled. ‘Better than Pommard’ was the enthusiastic verdict.”   Francois de Castella, ’Early Victorian Wine-Growing’, p. 146.

Death of a Wine Region

At the end of the 1921 vintage George Guillame de Pury walked out of the winery and closed the doors for the last time. No more grapes would be harvest, no more wines would be made, no more accolades or awards would be given, the regions winemaking traditions had come to an end, the Yarra Valley’s last operating winery had thrown in the towel, the like fat lady had sung her last song, the region was dead.

In the early 1990’s Baron Frederic de Pury’s grandson ‘Guill’ took me on a private tour of the old winery, it was an incredible experience, seeing the old wooden fermentation vats, the rail track in the roof and the grape carts, and relics of the era like the old wooden boats for rowing on the Yarra. The winery had a eeriness to it as well, I felt the enormous presence of a great and rare history all aroud me, reminding me of a similar tour given to me by Sigmund Jorgensen of his late father’s art recluse Montsalvat. In both places you could sense being in a place where great art was produced and where a great spirit of creativity and creation dwelt, its ghosts all around you.

The wines of Yeringberg, St. Huberts and Yering Station were, at their peak, famous names in Australia and much sought after, their wines collected prestigious awards at home and abroad yet, just eighty years after its first vineyard was planted the Yarra Valley’s wine industry had perished.

The forces working against the vignerons of the valley were many: economic, natural, human nature and global forces. The outbreak of World War One devastated markets both local and abroad, The thriving dairy and cattle industries were encroaching into the region and were proving far more profitable farming, the outbreak of Phylloxera, (then untreatable)  threatened the vineyards, a consumer preference shift to heavier, fortified wines saw a sharp decline in demand and the onset of the Great Depression finished off the market for the fine elegant table wines of the region.

After a relatively short period of fame, recognition and glory the industry had broken the back of its landed gentry; it must have seemed that mother nature herself along with the entire world was against them, it was time to sell up, change to more lucrative farming or simply go broke.  In 1921, the Yarra Valley had produced its last wine and the single word that would sum up its history was ‘failure’.