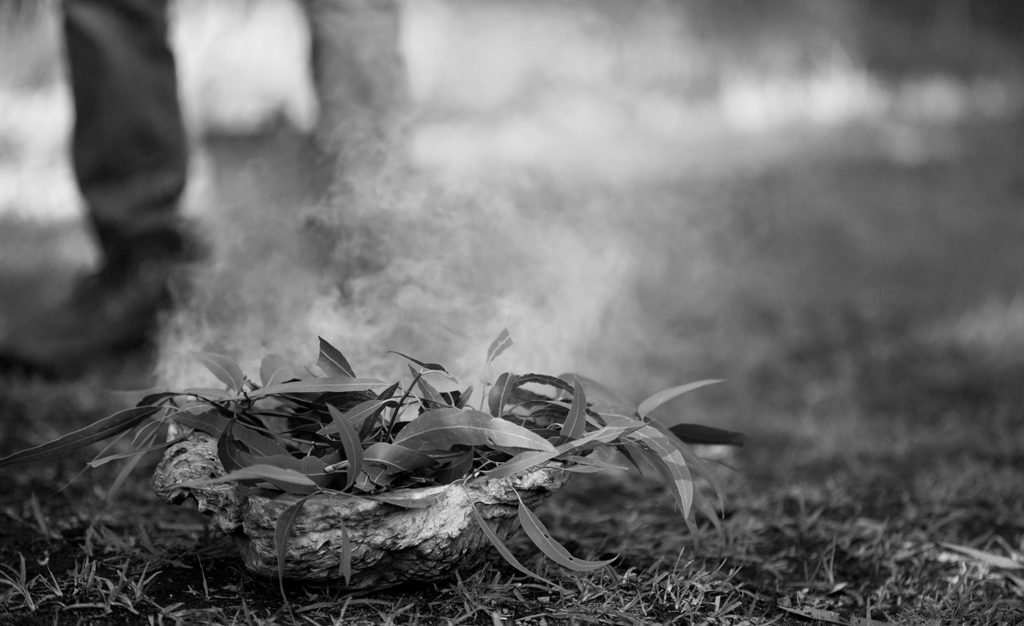 The Rising Vineyard sits in the Christmas Hills between St. Andrews and Yarra Glen, so named for the emancipated convict David Christmas; who managed to get himself lost in the region during the year 1842. Prior to this landmark event the area was known as the Stringy Bark Forest.

The gravel soils here were considered poor for farming but, it turns out they are ideal for the production of premium table-wine grapes. 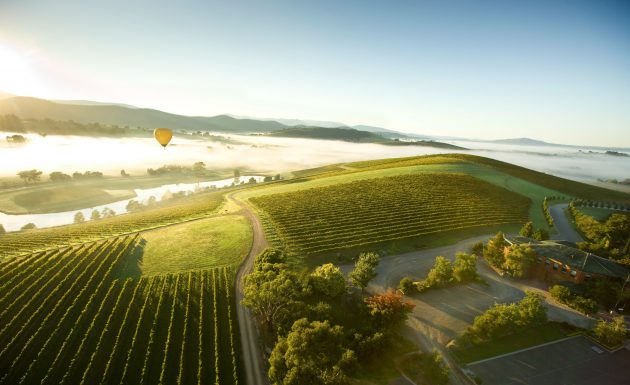 In 1859, gold was discovered at nearby One Tree Hill leading to the ‘Caledonian Goldfields’ rush which, for a brief moment in history, brought a great deal of attention and wealth to the area, including the construction of two hotels, two schools a post office and a ‘Mechanics Institute’. By 1908 the gold had run dry and it was over, most of the population slowly drifted away, the post office managed to hang on until 1974, then it too was closed. 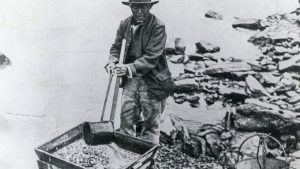 The geology of the Christmas Hills area is dominated by sedimentary rocks such as siltstones and mudstones which were deposited during the Silurian period approximately 440 million years ago. There are unconsolidated gravels, sands, silts and clays which occur along the waterways in the area. The soils on the hills are light-textured yellow, brown or red duplex. Grey clay with a uniform profile (little change with increasing depth) occurs along drainage lines and floodplain areas.

For the indigenous Wurundjeri people of the Kulin Nation, the Yarra River was a life source that had been carved into the landscape by the ancestral creator spirit Bunjil — the wedge-tailed eagle. They called the river Birrarrung, ‘place of mists and shadows’, and it was the dreaming path they followed and camped beside through countless seasons. According to Australian Archeologists like Gary Presland, the Wurundjeri have been in the area for up to 40,000 years prior to European settlement and lived very comfortably off the rich food resources from its lands and waterways, they achieved this by moving with the seasons and adapting to the natural environment. 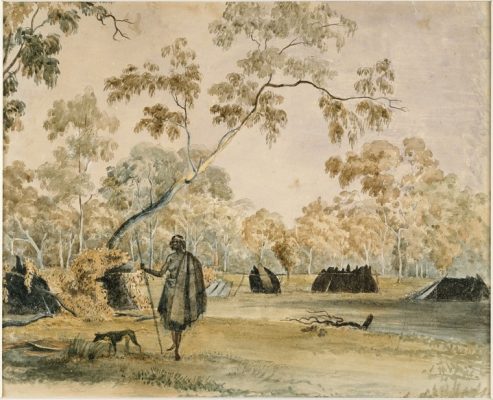 When foreign people passed through or were invited onto Woi Wurrung lands the ceremony of Tanderrum – freedom of the bush – would be performed. This allowed safe passage and temporary access and use of land and resources by foreign people. It was a diplomatic rite involving the landholder’s hospitality and a ritual exchange of gifts.

By 1890 Christmas Hills was being worked by small land holders known as ‘selectors’ who were paying off their farms to the government at one shilling per acre, per half year; whilst improving their land to the same value by clearing trees, building fences, sowing crops and building sheds and family homes.

During most of this period they struggled to impose some measure of European farming practice on the Australian bush.

“Here again they can be seen to have been less than successful. They did succeed in leaving their mark on the more amenable patches of good land, but elsewhere the tenacious Stringybark-box woodland had generally succeeded in holding its own. Today, only a handful of small farms remain testimony to past struggles: elsewhere the bush slowly reclaims ground previously yielded to axe and plough.

The history of any community is largely determined by the nature and location of its physical landscape. As the landscape changes, so also does the history of the community which lived out its span upon it. Of course, there will always be other variables, no two histories are ever the same. Each is unique in its own way. However, it would seem that for a century or more the destiny of the people who settled the Christmas Hills was determined primarily by the nature of their landscape.

Always we have seen ourselves as masters of our destiny, able in the long term to impose our will upon the land. For two centuries we have measured our achievements by our capacity to transform our landscape, seldom stopping to ponder how much that landscape has in fact transformed us. It is only by looking back into the past that we can prepare for the future.”

Source: Once Around the Sugarloaf, Mick Woiwod 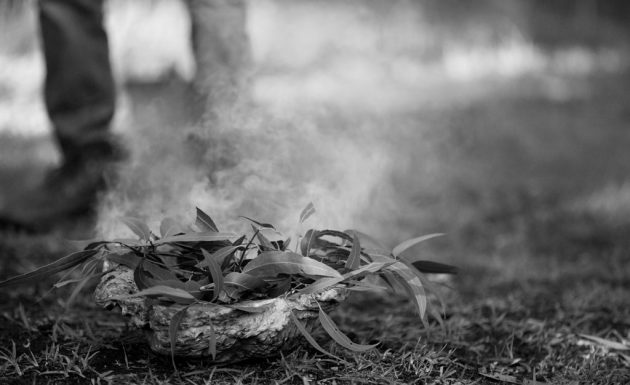 When the rail line arrived in 1889 many struggling farmers simply converted their farm-houses to guest-houses and the area was considered and excellent health resort. In the 1980’s many of these properties would be acquired by the government to create the Sugarloaf Reservoir.

Viticulture came to the Yarra Valley region in 1838, (the first in Victoria) when the Ryrie brothers planted grapes at Yering Station, the property was taken over by Swiss-born Paul de Castella in 1850 and developed into an important wine center for the region, recognized in 1861 by winning the Argus Gold Cup for best Victorian vineyard.

In 1863, Hubert de Castella established St Huberts Winery and in the same year Guillame de Pury founded Yeringberg. In 1889, Yering Station won the grand prix at the Exposition Universelle, the only time a winery in the southern hemisphere has ever done so.

War, depression, changing tastes and the threat of phylloxera had a major impact on cool climate viticulture in Australia at the turn of the century. By 1937 wine production in the Yarra Valley had ceased.

In 1963, Reg Egan founded Wantirna Estate marking the beginning of the resurrection of the Yarra Valley as a premium wine growing region. St. Huberts began replanting in 1966, Dr Bailey Carrodus followed with his Yarra Yering vineyard in 1969 and Guill de Pury began replanting the family vineyards at Yeringberg in the same year. Doc Middleton began planting at Mount Mary in 1971 and Pete McMahon his Seville Estate vineyard in 1972. Within 20 years the French Champagne house Moet & Chandon had opened its doors and the Yarra Valley region was again being recognized as one of the premium, cool-climate viticultural regions in the country, if not the world.

The cooler climate means the region produces outstanding wines from the thinner-skinned varieties such as Chardonnay and Pinot Noir, whilst on the warmer areas of the lower valley it is also producing exceptional, fuller-bodied reds from varieties such as Cabernet Sauvignon and Shiraz. Through Domaine Chandon, the region has also gained renown for its earlier picked sparkling wines as well.

Rising winemaker Tom Belford was raised at Yarra Glen in the Yarra Valley and his career in both the industry and the region commenced at the age of 16, when he started working at Yarra Ridge during school holidays.

Tom would go on to study viticulture at Charles Sturt University and undertook a number of viticultural and winemaking roles in the cool-climate regions of Victoria. Tom has also worked his way through five regions of France and this has left an indelible impression on his winemaking philosophy, inspired by a passion for terroir and hand-crafted wines, he is always looking to bring out a unique and personal expression in each wine he makes.

The Rising wines definitely set out to give expression to the generous depth and the complex elegance of the fruit, particular to the Upper Valley vineyards from which they are sourced. Based on the wines I have tried, they are succeeding brilliantly -in the hands of a very gifted and instinctive winemaker.

Here the fruit is given full expression, but its not totally wild and free, there is a structure and framework that -rather than shaping the wine and distracting from it- focuses one’s attention on the intrinsic quality of the fruit, site and talent involved in its creation. These are unique wines of extremely high quality. 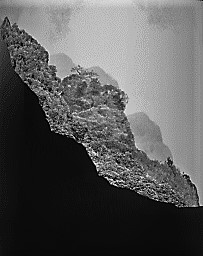 Pure Joy, a cool-climate pinot noir that rides a fine line between ‘wild-n-free’ and ‘restrained-complexity’, there is an artistic elegance and finesse here and there is terroir and mother nature unbridled; both accents brought together by a vibrant line of acidity that swirls through the wine like a trapeze artist. Its more than the marriage of two vineyards, perhaps it’s also the marriage of two winemaking philosophies?

You begin wanting to contemplate its organoleptic nuances and end up just wanting to slurp down its deliciousness. There is ripe, supple black cherry, plum and wild strawberry fruit and then there are whiffs of the wilder stuff that blooms in the undergrowth of a damp forest floor, leafy notes, spices, truffle and shroom. There is also, (importantly) lovely structure, firm and vibrant, keeping the wine focused and giving it length, allowing its natural beauty to dance across the palate.

Winemaker Tom Belford has masterfully given full expression to the fruit and with some of it coming from the Christmas Hills this is indeed a rare and beautiful gift. 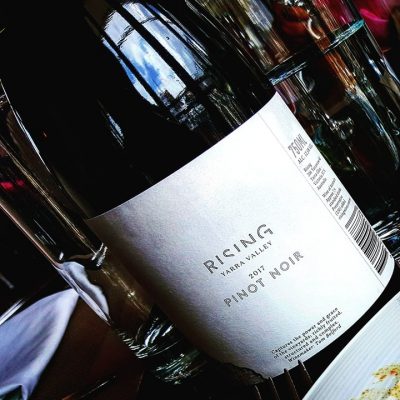 From two separate vineyards: the ‘Upper Ngumby’ vineyard near Yarra Glen and the Rising Vineyard up on the gravel soils deep within the Christmas Hills.

The bouquet shows stirred, leesy aromas of field straw, grains and feta, followed by notes of brioche, cashew and then primary fruit aromas of grapefruit and preserved lemons, all this is underpinned by some attractive, oak spice. This is not a wine to tantalize with a fruity perfume, the aromas are more evocative, sensual, alluring.

On entry the palate has a rich texture with creamy, lactic, unctuous swirls of delight, ripe and viscous with spice notes giving it lift, the fruit is redolent of white peach and grapefruit, touched off by spices and subtle notes of vanillan and butterscotch -which all gives way to a bracing, dazzling mineral bath on the back palate. This wine shows lovely length and structure wrapped around complex, generous fruit, a wine of impeccable poise and yet also brazen, like Melba in La Boheme, all talent and class without ever forgetting where it comes from. 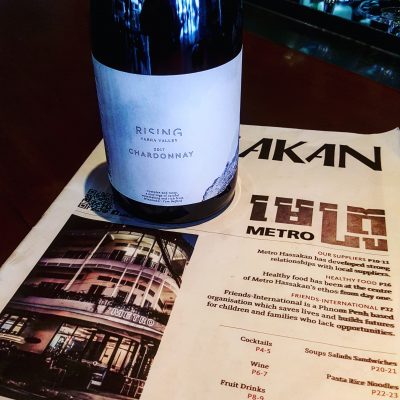